Chilling lessons for the world from Australia's election 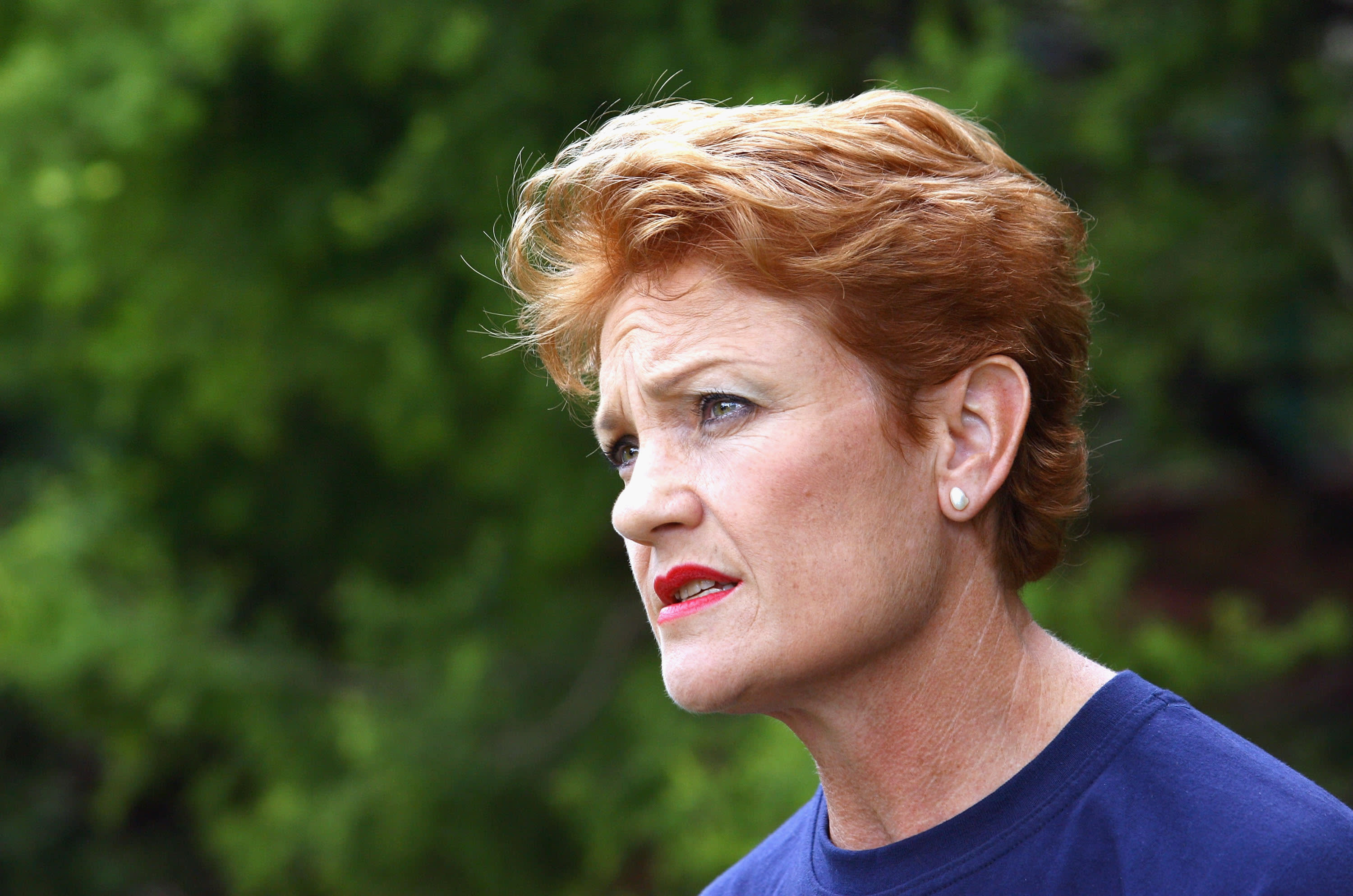 Brexit has highlighted the political ground-swell against globalization, immigration and the neoliberal economic agenda. These controversies were low-profile issues in Australia's so-far inconclusive July 2 general election, but they may be a factor in the success already of a surprising number of independent candidates, especially in the Senate, or upper house, of Australian parliament.

One of Prime Minister Malcolm Turnbull's theme tunes has been that "there has never been a more exciting time to be an Australian." This upbeat message came as a relief to many after the strenuous efforts of former Prime Minister Tony Abbott to instill terrorism-based fear in the general public. Note, however, that both men departed from the "relaxed and comfortable" line of former Prime Minister John Howard, with its quaint vision of cardigan-clad continuity, unruffled by the modern world. Recent prime ministers have warned of an edgier, less benign environment because they wanted to portray their side of politics as the steady hand, able to guide the country through turbulent times.

The turbulent times which Turnbull has in mind reflect the volatile world of globalization. So far, so good. The Australian economy has had a quarter-century of steady if unspectacular economic growth without a recession, despite turmoil in overseas economies. Throughout the 2008 global financial crisis, the major Australian banks retained their AAA ratings and are even stronger today. The economy is adapting without great drama to the globally-induced resource cycle. The exchange rate has moved over a wide range to help buffer the economy against overseas developments, but these fluctuations never caused disorder in financial markets, nor has potentially volatile foreign capital fled. Monetary policy has retained room for maneuver, independent of the extremes of foreign interest-rate settings and the distortions of unconventional policies -- Quantitative Easing and negative interest rates. Foreign debt is not large enough to threaten stability.

Governments of both persuasions accept not only the inevitability of globalization, but also its benefits. For example, both would, in the end, support the U.S.-led Trans-Pacific Partnership free trade agreement (which would create a new set of high-level rules and principles for the international economy) if it comes to parliament for ratification. The Labor Party is, if anything, a stronger supporter of international governance. Both main parties have promoted the internationalist G20 agenda and accept the need to further develop the global institutional infrastructure.

This strong support for globalization would not be shared by many of the independent parliamentarians, who will have a powerful position in the Senate. Of course these independents should be characterized as populists rather than explicitly anti-globalization. While it would be quite wrong to see the swing away from the major parties as being driven mainly by concerns about globalization, a narrow, inward-looking focus is clearly important in the success of ultra-nationalist Pauline Hanson's One Nation Party, and long-time independent Senator Nick Xenophon has already confirmed his team's protectionist attitude to manufacturing: the price for his support will be industry assistance to ensure the continuation of South Australian steel production -- rendered hopelessly uneconomic by China's overwhelming productive capacity.

Why does globalization provoke this adverse reaction?

Post-WWII experience shows that economies work better if they are open to interaction with the outside world. Even the big-government/high-taxing Scandinavians have made sure they remain deeply engaged and competitive in the outside world. For such a small country (just 10 million people), Sweden has substantial world brands (Ikea, Ericsson, Volvo, AstraZeneca, Electrolux, H&M, Skype and Spotify, for example). The most dirigiste economic planners (such as the astoundingly successful South Koreans) have made international competitiveness a key policy element driving dynamism and weeding out weak players.

The demonstrated benefits of globalization just confirm a closely related idea that economists have long promoted: free trade. This is one of the few ideas that economists agree on (with just a minimum of caveats). Countries should specialize in the things that they are good at, export these and import the things which others are better suited to making. The benefits go well beyond the textiles-for-wine exchanges that David Ricardo expounded two centuries ago: exposure to foreign competition enhances dynamism. Productivity growth is always higher in the tradeables sector than in the sheltered domestic sector.

Yet nowhere in the world has the general public wholeheartedly bought this free-trade argument. The benefit of being seamlessly connected to a large foreign market was the core of the 'Remain' argument in Britain's referendum to leave the EU: the substantial Brexit losses predicted by the U.K. Treasury reflected a big hit to forecast productivity. A majority of voters remained unconvinced.

Perhaps this is because globalization gets blamed for unemployment and increasing income-inequality. Competition from low-wage countries (notably China) is seen as hollowing out manufacturing, with the loss of its well-paid jobs. Certainly, China's transformation to become "manufacturer to the world" put pressure on labor markets everywhere, although other factors -- labor-saving technology and the decline of trade-union power -- were probably more important in squeezing the labor share of gross domestic product. But even if the direct effects on labor share are small, globalization doubtless has a downside: global exposure involves doing things differently, sometimes with new companies replacing old ones. Success now depends on being sharper, perhaps working harder. This disruption is often painful and not everyone adapts. This leaves a core of discontent reflected at the polls.

In any case, free trade certainly does not claim to make everyone better off: all it says is that the benefit to the country as a whole is sufficiently large so that the winners could compensate the losers, leaving some better off and no one worse off. In Britain, however, instead of compensating the losers, the fruits were showered on a small high-profile elite who epitomize this brave new unequal world. Increasingly ostentatious income disparity, combined with a lackluster recovery from the 2008 crisis, left many in the working class deeply unimpressed by what globalization had done for them.

Their search for scapegoats went further: to the EU's open-border immigration policy. With the hard-working migrants from Eastern Europe already putting pressure on U.K. labor and the threat of a greater inflow if Turks were allowed to join the union, a chasm opened between those who benefited from EU migration freedoms (the cosmopolitan elite and the mobile young) and those who did not. In the lead-up to Brexit, the U.K. Treasury cited numerous studies showing that Britain's immigration had been good for the economy and was a net positive for the budget; in addition, it had not harmed the employment prospects of Britons. Some telling evidence: U.K. unemployment is quite low by comparison with the rest of Europe. Yet the public does not believe this: they are more swayed by the anecdotal evidence that migrants either take over Britons' jobs or are indigents who will be a drain on the budget and a burden to society.

There was strong tension between the EU's eastward enlargement and the sensitivity of the immigration issue. The fundamental tension remains between those who want a United States of Europe (where there cannot be constraints on internal migration) and Britain's vision of a more limited economic-based integration.

Harvard professor Dani Rodrik argues that globalization creates a "trilemma" that would constrain such a "globalization-lite" option. In his view, globalization requires global rules, which are incompatible with democratically-based national sovereignty. This draws the choices too starkly: a globalized world will have multiple layers of rules, some perforce global while other rules can reflect the idiosyncrasies of the local environment. It is true, however, that measures to soften the downside of globalization can undermine the upside, dampening incentives and leaving inefficient production in place. The answer is to devise tempering strategies which encourage flexibility and adaptation without ossifying existing production practices.

What lessons are there for Australia? Australia's tough policy towards undocumented arrivals is now bipartisan, which has allowed the high rate of formal immigration to continue without much debate. Disagreement with the latter policy no doubt won many One Nation votes, but this is unlikely to put pressure on the bipartisan consensus. The adjustment process to shrink the manufacturing sector began in the 1970s, and while there is still painful transition to be made for the rump of the motor vehicle industry, assisted restructuring will help complete the job. Looking ahead, it does not make much economic sense to provide assistance so that South Australia's steel industry survives, rather than use these dollars to assist a transition to more viable industries. This is, however, a minor distortion in an economy which is integrating more closely every day with the outside world.

Despite Malcolm Turnbull's lauding of smaller government, freedom and entrepreneurship, both major parties have provided about the same level of government expenditure and much the same safety net for those left behind by the modern world. Most of us can reconcile with equanimity the prime minister's theme tune that "there has never been a more exciting time to be an Australian" with the view that we are exposed to a world over which we have little control. That said, John Howard's earlier theme of "relaxed and comfortable" is no longer an option.

Stephen Grenville is a nonresident fellow at the Lowy Institute for International Policy in Sydney and a former deputy governor of the Reserve Bank of Australia.