What current market instability means for China, Asia and the world 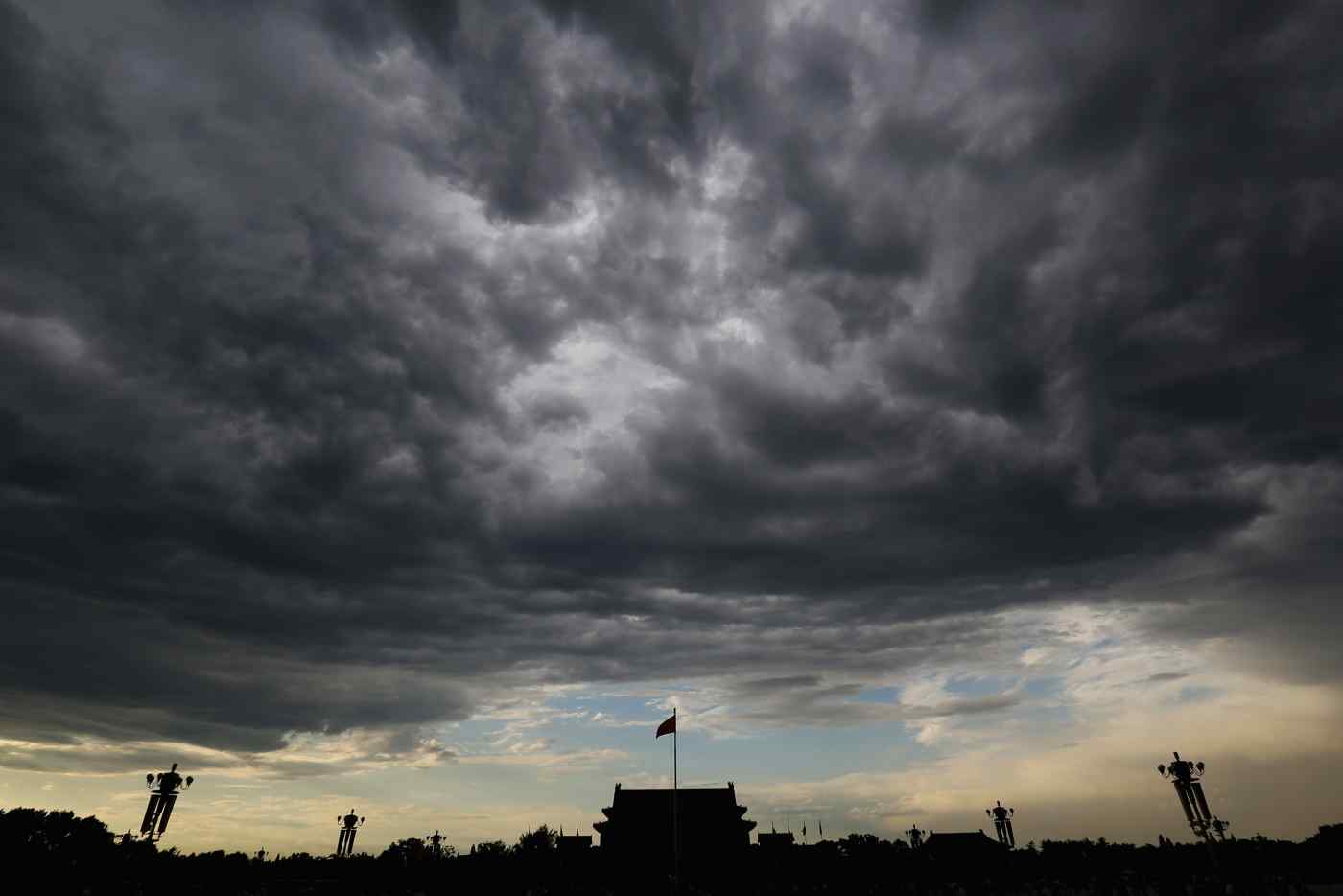 This year's meeting of the world's political and business elite in Davos, Switzerland, which ended January 23, had a rather macabre backdrop. The slide in global stock markets in the first weeks of this year means that major markets have fallen by 20% or more from their recent highs in 2015. China's stock market is off by 40%. In cash terms, this means that nearly $7 trillion has been wiped off share values (according to the MSCI global market capitalization) since the highs of April 2015, a staggering $4 trillion of that since the end of December. On Jan. 22 there was a modicum of relief from this unremitting gloom, with markets trading higher that day, especially in Japan.

But what do these developments mean for the global economy, and especially for Asia, which people have looked to as something of an economic Pied Piper?

Since China put the skids under global markets last August, there has been a further marked decline in investor sentiment. Some of that is due to a wider belief that the economy is doing much worse than even the more sober official data suggest. More important, there has been a significant lapse in confidence in the capacity and ability of the authorities to manage financial instability in the equity and currency markets, and also in the government's commitment to the kind of economic reform everyone believes to be necessary.

Concerns about China's economy lurching into a deep-freeze look overdone, not least because the government can and probably will deploy more monetary and new fiscal stimulus measures -- but they are not without substance. There is a rising risk that the government will back away from reform and associated efforts to revitalize the economy, and will instead revert to trying to control it. We should expect to see evidence of this in the tightening of exchange and capital controls as the authorities try to defend the yuan, which may well drop further. But for now, a large devaluation does not look the most likely outcome.

The collapse in oil prices to below $30 per barrel in late January would ordinarily be considered an economic nirvana, as it is boosting the real incomes of oil consumers and lowering business costs that should support non-energy capital spending. It is possible that the persistence of high levels of indebtedness in some countries is restraining people from spending their windfall but over time, we should hold out some confidence that these benefits to real incomes will eventually materialize.

The scale of the oil price collapse, however, has focused attention -- for the time being at least -- on negative shocks accruing to energy companies and oil-producing countries. The news has been dominated by cuts to investment and dividend payments by energy companies, and significantly tighter fiscal policies as sovereign oil exporters try to cope with huge revenue losses. While these shocks continue, many institutions face liquidity pressures, which are triggering asset sales. These include energy companies, commodity trading companies and oil-based sovereign wealth funds.

An ominous possibility, even if the world can cope with slower Chinese growth, is a U.S. recession. It certainly looks as though U.S. growth at the end of 2015 stalled, judging by production and manufacturing indicators, weak retail sales, the impact of the strong dollar, an elevated reading of business inventories, a drop in corporate profits, and so far, a minor, but worrying resurgence in the weekly series of jobless claims. Now, a lot of analysts are looking at the U.S. Federal Reserve's decision to raise interest rates last December. Markets have almost priced out the chances of more tightening for a considerable while, and some people expect the Fed will have to reverse its decision. Policy flip-flops like that would not help market confidence either. We shall have to see how the economic indicators evolve in the early months of 2016, to see if the soft economic patch was just that, or if it was the leading edge of something more serious. I tend to think the former.

Asia at the sharp end

It is small wonder that the confluence of these developments has dealt a bad hand to Asia, where the underlying picture of economic growth, exports and incomes -- especially in U.S. dollar terms -- was already of concern. A slower China, with a less intense reliance on commodities, and slower growth in Chinese industrial imports for onward processing will continue to make for awkward adjustments across Asia. If there were an outright crash in China, of course, the impact would be severe.

Difficulties in trade though are not surprising, when you consider the efforts made across Asia to engage more strongly with a rising China over the last 15 years. China's imports from the world grew more than seven-fold from $240bn to $1.8 trillion, during which time it became the largest trade partner for India, Japan, Korea, Malaysia, and Thailand; the second biggest for Indonesia; and the third biggest for the Philippines.

Japan, South Korea, Taiwan, Singapore, and arguably Thailand, are core parts of China's supply chains and should be expected to be pegged back by slower Chinese growth, though the high levels of sophistication and adjustment capacity in the larger economies suggest that they should weather the changes. India's lower trade-intensity -- and its positive sensitivity to low oil prices -- should give it some protection.

It might be tougher for Asia's lower income-per-head emerging nations, such as Vietnam, Bangladesh, Myanmar, Laos and Cambodia. The first two countries, however, have demonstrated some resilience in trading and economic performance -- they should expect to pick up the low value export business which is being passed gradually from China, for example.

Indonesia and Malaysia are the countries most directly at risk from the drop in Chinese commodity demand, but other commodity-exporting nations will be affected by the generic China-led drop in global commodity prices. Mongolia, which sends almost all its exports to China, most of which are commodities, is particularly exposed.

We should note though that China's commercial relations with Asia are not just about trade but foreign direct investment too, an area in which China's position is changing rapidly. Soon, if it has not already, China will change from being a net recipient of such investment to a net provider.

China's new Asian Infrastructure Investment Bank and "One Belt, One Road" initiative will probably give the trend a push. Chinese data show Asia already receives 68% of its annual foreign investment. Curiously, if China is suffering slower domestic growth and weaker investment returns, there could be greater foreign investment in Asia, provided the regime for capital outflows is not restricted.

In fact, the biggest uncertainty for Asia may not be the current angst in equity and oil markets but, over time, the way in which China manages firstly its exchange rate system and then economic reform. A large and possibly forced devaluation of the yuan would surely reverberate around the region and the global economy, encouraging competitive depreciation.

For now, though, Beijing has pledged to maintain stability, conceding recently that the government's own communication -- or rather, miscommunication -- of policy had contributed to market volatility.

Yet the problem seems to lie deeper: in different policy ideas within the government and in official ambivalence over the use of market mechanisms.

Ultimately if the going in the economy and markets gets tougher, we should beware if Beijing throws in the towel on trying to change China via reforms and opts to exercise greater control. This could happen, for example, in the face of mounting economic and labor market instability, including possibly in the banking system, as the debt burden starts to weigh more heavily.