Brunei on edge amid oil slump 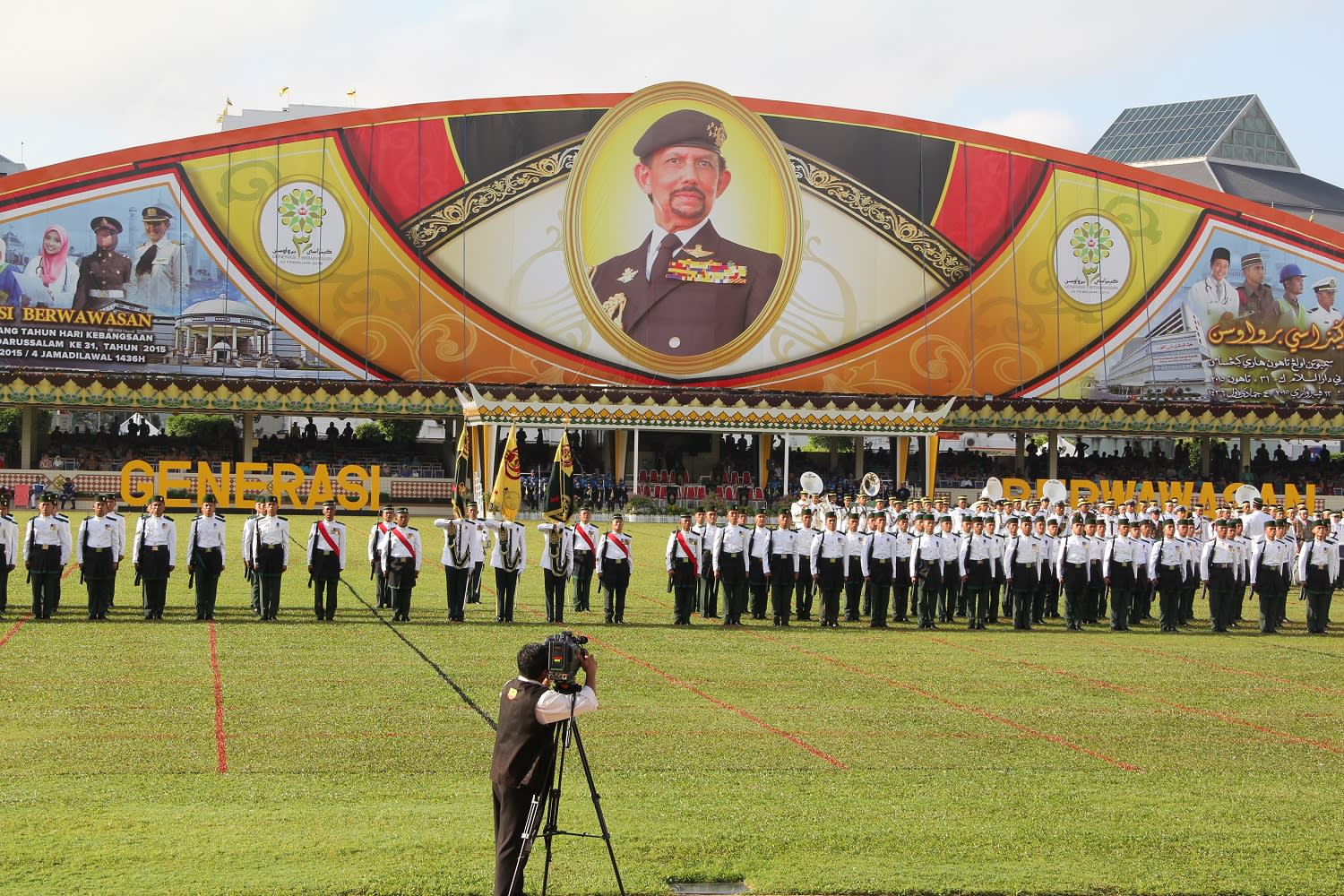 Once known for its abundant oil wealth and the extravagant lives of its royal family, Brunei is a country of little political consequence to outsiders.

It gained world attention however in 2014 when the government implemented a new Islamic penal code based on Sharia, introducing death by stoning, the severing of limbs and flogging for offenses such as adultery, theft, and sodomy as potential criminal penalties.

Suddenly the tiny Malay sultanate in Borneo was on the receiving end of an international backlash from Western governments and human rights groups. U.S. Congressmen threatened to exclude Brunei from the Trans-Pacific Partnership pact, Hollywood stars and media moguls like Ellen DeGeneres and Richard Branson called for a worldwide boycott of luxury hotels owned by the Dorchester Group, a property company owned by the Brunei Investment Agency.

To say the Brunei government did not anticipate, or was unprepared to deal with the negative global reaction is a gross understatement. Unable to control international media, it instead turned to stifling local reporting on Sharia.

Already chaste local publications received pressure to censor all criticism of the new legislation. Sultan Hassanal Bolkiah warned that dissenters on social media could be prosecuted for challenging his religious authority and that of the state. As a result, the Brunei Times, an English-language language newspaper owned by prominent businessmen, closed its website, the country's most read, to reader comments.

Already repressive media laws were rendered even more restrictive, with journalists fearing accusations of blasphemy or lese-majeste. Any person perceived as a threat to the state could already be jailed indefinitely without trial under the Internal Security Act.

Local reaction to the introduction of Sharia was initially mixed. It frightened some religious minorities, but for the most part, the public was apathetic, long used to having no role in the nation's political process. In this land of absolute monarchy, all basic needs are taken care of by the government: Healthcare and education are free, daily necessities including housing, gasoline, electricity, water and rice are heavily subsidized by the state. People have a lot to lose by challenging the status quo.

In Brunei, one of the most energy-reliant economies in the world, oil reigns supreme, accounting for 60% of gross domestic product and more than 90% of government revenue. With the oil slump taking hold in 2015, fears of a bursting of the "Brunei bubble" that had insulated the populace from much of the economic upheaval of the previous few years suddenly became very real. The government began to worry that it could no longer afford to underwrite the high standard of living it had given to the people and might even have to consider imposing an income or sales tax.

Government revenue took a major hit, falling 70% between 2013 and early 2016. Cabinet ministers warned of a need to drastically cut public spending. The budget deficit is set to reach $2.65 billion for the fiscal year ending in March, equivalent to roughly 17% of GDP and proportionally higher than that of Greece at the height of the eurozone crisis.

With the good times long gone, the Brunei government struggled to maintain a facade of business as usual. Workforce downsizing in the oil and gas industry was widespread, the government put a freeze on new hires and cut some benefits for civil servants.

These measures will not be enough to put the country back on track. Efforts to diversify the economy away from energy and into manufacturing and Islamic banking have fallen flat, given stiff competition from Southeast Asian neighbors including Malaysia, Thailand and Indonesia.

Brunei's urgent need to save itself from economic peril has played nicely into China's efforts to influence the geopolitics of Southeast Asia. In exchange for $6 billion of Chinese investment into an oil refinery and local infrastructure and promises to boost trade and agricultural cooperation, Brunei has remained silent on Beijing's territorial claims in the South China Sea, refusing to criticize its biggest investor even though it has overlapping claims. Indeed, even just critical local press reports triggered protests from the Chinese embassy, which pressured the government to tighten controls.

Brunei's delicate diplomatic dancing has extended to its relationship with Saudi Arabia, a key ally and supporter of its Sharia ambitions. A seemingly innocuous report in the Brunei Times linking the fall in oil prices to the Arab kingdom's plan to hike visa fees for the annual hajj pilgrimage drew the ire of Saudi diplomats in Brunei who filed a complaint against the newspaper with the foreign ministry.

After extended internal discussion how to appease the Saudis, the authorities decided on Nov. 5 to revoke the Brunei Times' publication license. The purge was swift and sudden, with staff informed the same day that the last edition would be published on Nov. 7 and that their employment would be terminated a week later.

While the official line was that the paper was closing due to financial reasons, many in the public speculated something was amiss: no reputable company would close on such short notice without forewarning staff and stakeholders.

International media reports linking the newspaper's shutdown to the Saudi visa story caused a social media firestorm in the sultanate, with a huge outpouring of support for the journalists online and harsh criticism of both the Brunei and Saudi governments for their role in the publication's demise. Former staff were made to sign non-disclosure agreements and instructed not to speak with foreign reporters and to censor their social media posts.

It is hard to believe that the Saudi story was the overriding reason for the newspaper's closure, but it certainly provided the authorities a good opportunity to rid themselves of a publication with significant influence in shaping public opinion and a reputation for not mincing words.

In a country where news organizations operate in a culture of fear and play it safe by sticking to soft news, the closure of the Brunei Times leaves an absence of critical discussion and a dearth of alternative viewpoints. The Times was a pioneer of multimedia news, the first in Brunei to engage with readers through its website and social media, with a reach other outlets have been unable to match.

The future does not augur well for Brunei unless it is willing to adapt to the times. In the internet age with the public appetite for information growing, it is increasingly difficult to curb speech and police thoughts. Only time will tell in which direction Brunei will lean -- toward greater transparency or greater censorship. For now, all signs point to the latter.

Ahmed Mansoor, a pseudonym, is a formerjournalist in Brunei.