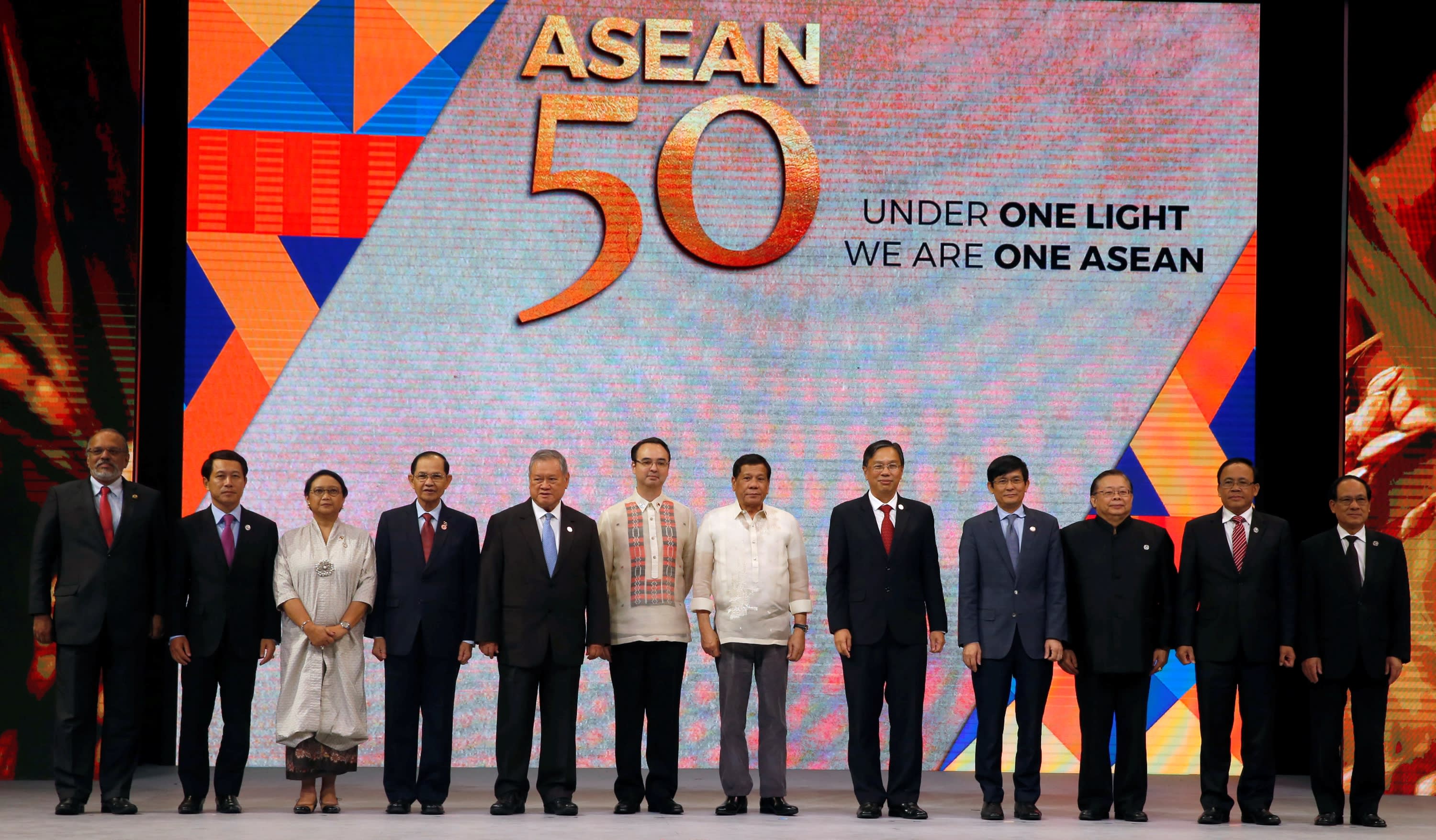 Within the Association of Southeast Asian Nations, "centrality" is a defining concept -- an implied vision of regional order in which the collective interest of member states comes first -- or at least is not disregarded

"ASEAN centrality" is not a magic incantation whose mere invocation makes all our dreams come true. Nor is it an objective reality that exists irrespective of perceptions. It is a political construct. If you do not recognize it, it does not exist.

For regional leaders and officials who are guided by the term, two interrelated questions arise: First, how does the concept serve the national interests of ASEAN member countries, since ASEAN is an inter-state organization?

Second, as Southeast Asia lies at the intersection of the interests of many major powers, how does the concept serve the national interests of these greater powers?

To describe something as "central" means that it is of primary, crucial or dominant importance. ASEAN's fundamental and enduring purpose is to manage relations among its member states.

The main mechanisms to manage relations are necessarily bilateral -- not regional -- because one of ASEAN's key principles is non-interference, which is a corollary of decision-making by consensus. So, ASEAN is clearly not central in this sense.

Yet it is difficult to believe that the Southeast Asia of 2017 would exist in its present condition without the framework of ASEAN. Southeast Asia is not without problems, but it is nevertheless generally at peace and it is prosperous. This is not to be taken for granted given the regional situation in 1967.

The apparent contradiction cannot be resolved unless we recall the words of Singapore's first foreign minister, S. Rajaratnam, when its five founding members signed the Bangkok Declaration, ASEAN's founding agreement 50 years ago: "We must now think at two levels. We must think not only of our national interests but posit them against regional interests: that is a new way of thinking about our problems."

But Rajaratnam added that "these are different things and sometimes they can conflict," noting that "we must also accept the fact ... that regional existence means painful adjustments to those practices and thinking in our respective countries. We must make these painful and difficult adjustments. If we are not going to do that, then regionalism remains a utopia."

How have we done?

The fact that ASEAN is celebrating its 50th anniversary demonstrates that it has not done too badly at making the "painful and difficult adjustment."

There are, however, other difficulties.

I can think of only one instance when Cambodia as the ASEAN chair in 2012 entirely disregarded the regional interest when it blocked all mention of the South China Sea issue, apparently at China's behest, in the group's annual summit. But other members have also on occasion made their national interest more "central" than the regional interest and blocked consensus, albeit less drastically.

Not denying the reality of nationalism is the essential reason ASEAN has survived where earlier experiments in Southeast Asian regionalism floundered.

Using nationalism is crucial because Southeast Asia occupies the strategic link between the Pacific and Indian oceans and cannot escape great power competition. The states of the region are at continual risk of falling prey to their machinations.

Whatever their other differences, the one value all nationalists hold in common is autonomy. By managing relations among its member states, ASEAN is the vehicle whereby its members try to preserve autonomy amid great power competition.

The record is again far from perfect. But without ASEAN, member states would have been far worse off and not have weathered all the tumultuous vicissitudes of the Cold War (which in Southeast Asia was hot), the Sino-Soviet proxy conflict, insurgency and subversion.

But it must be conceded that the downside of regionalism based on the reality of diverse national interests is tolerating a certain degree of incoherence. This is not always a bad thing.

How other powers regard the notion of ASEAN centrality varies from issue to issue. At the ASEAN-China Special Foreign Ministers' meeting held in Kunming, China in June 2016, a senior Chinese official bluntly told ASEAN foreign ministers that when it came to the South China Sea issue, ASEAN was not central.

This was an unusually direct example of a general attitude among outside powers. To the U.S. and the EU, for example, ASEAN was clearly not "central" to their approach toward Myanmar under military rule, although they were more polite in making their views known.

All the major powers profess respect for ASEAN centrality. Do they really mean it? Yes and no. Usually left unsaid, but always present, is the qualification: so long as it suits their interests.

ASEAN is fond of reminding others that it has a combined population of more than 600 million, larger than the EU or North America, and that its combined gross domestic product makes it the sixth or seventh largest global economic power. But this describes its potentiality, not actuality. ASEAN's potential will be realized only if it can achieve its goal of an economic community that encompasses a common market and a common production platform. This will require political will and hard work.

ASEAN suits the interests of the major powers. I do not think any major power wants to destroy or divide ASEAN. Of course, ASEAN would suit their interests even better if they could capture ASEAN as an instrument of their foreign policy; united and "central" in their interests.

Some have indeed tried to capture ASEAN -- tried but failed as shown in the cases of the South China Sea and Myanmar.

Since 2012, ASEAN has maintained a minimal consensus on the South China Sea that does not entirely satisfy either the U.S. or China or, for that matter, all ASEAN members. Western powers repeatedly tried to pressure or persuade ASEAN to adopt their approach toward military-ruled Myanmar. Some ASEAN members were tempted to adopt at least some elements of the Western approach, but could not achieve consensus.

The very diversity of the national interests of member states makes ASEAN difficult to capture in its entirety. Paradoxically, the limitations to ASEAN centrality keeps ASEAN "central." That is to say, remaining at least minimally autonomous. Throughout its history, ASEAN has frustrated all major powers and continually has slipped from their grasp. ASEAN does not always get its way, but neither have the major powers entirely had their way either.

Can ASEAN continue to remain "central" in this modest sense?

The post-Cold War regional environment has become more fluid as the U.S. and China - neither natural partners nor unqualified adversaries - grope toward a new modus vivendi. The U.S.-China balance will eventually become more symmetrical. But there is no sign that the U.S. will withdraw from Southeast Asia. The very dynamism of developments gives ASEAN the possibility of maneuvering to remain "central." Whether it will be clever and nimble enough to take advantage of the opportunities is another matter.

The greatest challenges are internal not external. The domestic political environments of several ASEAN members have become more complicated and thus, their calculations of interests. With the organization's expansion, it has become more difficult to reach consensus. The "ASEAN way" has become more rigid. Not every new member has internalized the need for balance between national and regional interests as did the original members.

Great power competition in Southeast Asia is as much psychological as material. The key point is that ASEAN centrality is not one thing, but many things. Centrality is a shape-shifting concept, capable of continual adaptation. ASEAN will lose "centrality" only if it loses confidence in its ability to make the painful and difficult adjustments that become more urgent by the day.

Bilahari Kausikan is a former permanent secretary of Singapore's Ministry of Foreign Affairs. These are his personal views.