Trump's global retreat is an illusion

The US maintains global role, while China struggles to project power The reality is more complex.

By emphasizing Trump's alleged withdrawal, much of the mainstream liberal U.S. media are unwittingly undermining confidence in America as much as does China's Communist Party propaganda. American liberal writers are echoing the Chinese line that the U.S. has become more unreliable under Trump, and that America is the past and China, the future. This is a superficially persuasive argument. But it does not stand up to close examination.

The U.S. president remains the only world leader who can still say -- as he did this week in his State of the Union speech -- that "unmatched power is the surest means of our defense."  And he is right. Nobody else, including President Xi, can make such a claim.

It cannot be denied that the Chinese political system is better able to consistently pursue long-term goals than the U.S. political system, which is subject to disruptions every election cycle. But it is not as if the Chinese system has been immune to major disruptions since 1949, such as the "Great Leap Forward" and the "Cultural Revolution." Xi's concentration of power and shift away from collective leadership potentially creates a single point of failure. 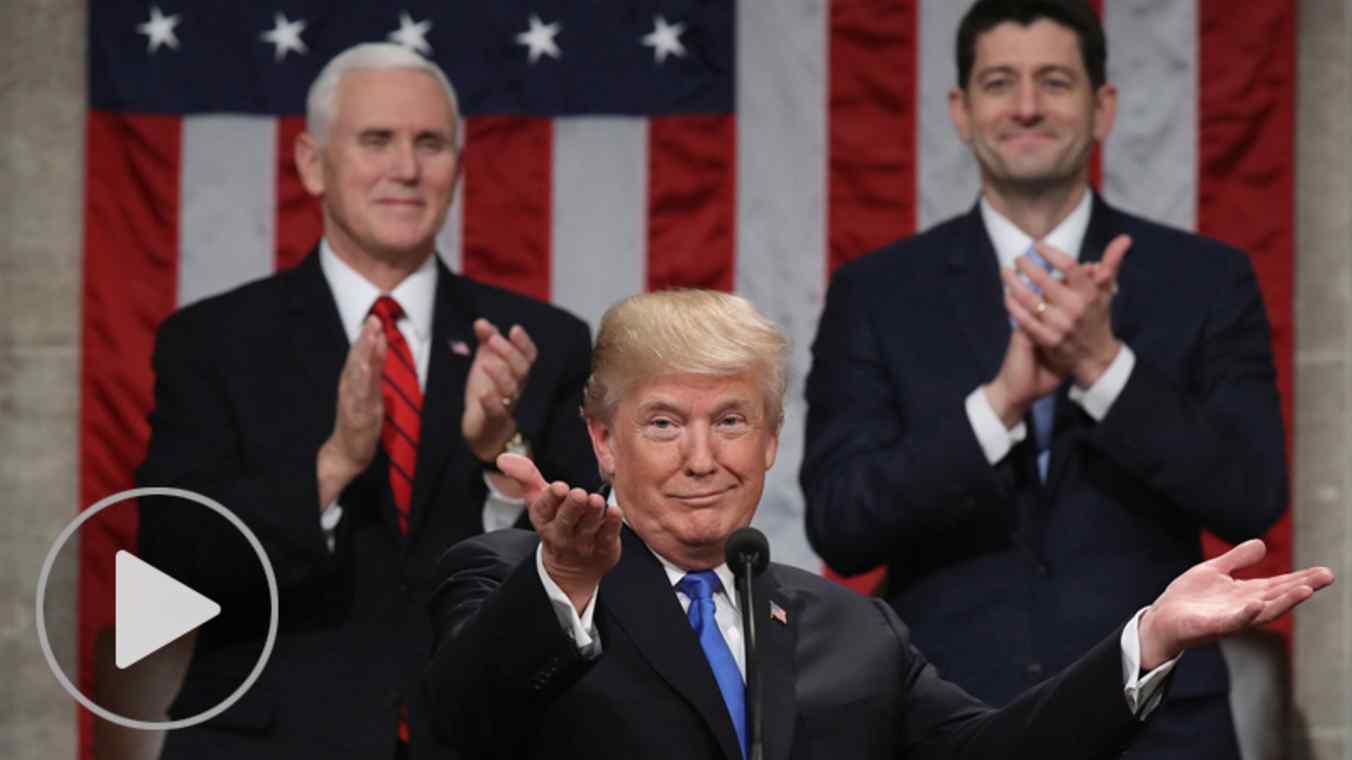 We should not forget it was the "unreliable" American system that put in place and maintained international order over many decades. We should not let the anti-Trump prejudices of the U.S. establishment or Trump's outsized personality exaggerate the extent of discontinuity that his administration represents.

One may not like this concept of leadership. But it cannot be called a "retreat." Nothing that Trump has so far done has been as disruptive of international order as was George W. Bush's 2003 invasion of Iraq. The ensuing decade of war in the Middle East exhausted Americans, discredited the political establishment, and led to Trump's election and that of Barack Obama before him.

NSS 2017 makes clear that his administration will return to the long-standing U.S. posture of "peace through strength." If we examine the Trump administration record in East Asia, it represents in many respects a reversion to the norm of U.S. policy.

Like his predecessors, Trump has placed priority on relations with China, but unlike Obama who naively downplayed competition in the hope it would make the Chinese more cooperative, Trump has emphasized both aspects of the relationship. Trump has also reaffirmed U.S. alliances with Japan, South Korea and Australia. There is no sign that his administration will let China's claims in the East and South China seas go unchallenged.

The most important discontinuity is in trade where NSS 2017 makes abundantly clear that the focus will be on fair, not free, trade and that the Trump administration intends to take an aggressive approach to unfair trade and economic competition. China (with Russia) was singled out for special attention.

Most commentary on Xi's speech at the Chinese Communist Party's 19th Congress last October concentrated on China's global ambitions, but his overwhelming focus was in fact domestic.

One point did not receive sufficient emphasis: Xi's definition of the "principal contradiction" between China's "unbalanced and inadequate development and the people's ever-growing needs for a better life," and the imperative of revitalizing the Communist Party to meet those needs. Xi said nothing about a key issue left over from the 18th Party Congress in 2012: What is the appropriate balance between market efficiency and Communist Party control?

This is a fundamental issue because there is no practical alternative to Communist Party rule. Xi's greater emphasis on the party's role may have sharpened the dilemma.

There is nothing unusual about a big country having big ambitions. Still, China's global ambitions, particularly the Belt and Road Initiative, are as much about dealing with this domestic challenge as they are about a new global strategy.

The BRI concept is essentially the externalization of a growth model heavily dependent on the stimulus of state-led infrastructure investment that, as the 18th Party Congress recognized, had become unsustainable within China. A new growth model at home requires structural changes that Beijing is not sure how to make without risking internal instability and potentially jeopardizing party rule. The BRI buys Beijing time.

In his speech, Xi claimed that China "offers a new option for other countries and nations that want to speed up their development while preserving their independence."

China's economic success over the past three decades debunks the idea that there is only one universal model of political and economic development. But it is becoming evident that transplanting the Chinese model overseas can bring serious financial liabilities for recipient countries, creating a "debt trap" for them.

Chinese leaders and officials have downplayed the strategic implications of the BRI and stressed its "win-win" economics. But the BRI is as much a defensive geopolitical gambit as it is an ambitious attempt to create a Sinocentric order. Fundamentally, the BRI is Beijing's attempt to break out from the unfavorable geopolitical situation it faces around its rim.

To the east, it faces Japan and South Korea, two important U.S. allies. North Korea vividly demonstrates China's inability to control events along its coastal rim. Unless North Korea can be dissuaded from acquiring the nuclear capability it seeks -- which is highly unlikely -- the resulting dynamic will eventually lead to Japan and South Korea acquiring their own nuclear deterrents within the U.S. alliance system, just as the U.K. and France did in Europe. The addition of Japan and South Korea to the nuclear club would freeze the East Asian order in a way that would be disadvantageous to China, or at least would prevent Beijing from totally dominating the region.

To the south, India, another nuclear weapon state, still lags behind China in power. New Delhi will have to learn to share the Indian Ocean space with China. But China cannot dominate that space either. India is as ancient a civilization as China and will not subordinate itself to Beijing.

Southeast Asia is a region of extreme diversity which has long defied attempts by major powers to grasp in its entirety. All major powers conduct "influence operations," but the Chinese do so more insistently with a developed institutional apparatus. Their operations have undoubtedly had fair successes in Southeast Asia. But the appeal to Overseas Chinese, that they should identify their interests with China's interests, brings China into sensitive territory in Southeast Asia, where race is an inescapable influence on politics and ethnic Chinese are not always a welcome minority.

Contiguity will always give Beijing significant influence in Southeast Asia. But China's influence along its coastal rim will always be contested by the U.S, Japan and India, among others.

By contrast, Central Asia is in strategic flux, giving China the possibility of shaping the region, but not a free ride. Russia is concerned about growing Chinese influence in Central Asia. For now, it has had to swallow such concerns. But will Moscow remain forever passive?

Despite its "win-win" justification, the BRI is in both economic and strategic terms a "China First" approach. That is why it has generated unease in many countries. BRI's implementation will at best be patchy and cannot be a practical alternative to the current international order.

Can the BRI succeed if the U.S. and China stumble into a trade war, or if the world turns protectionist? China was the greatest beneficiary of post-Cold War globalization. It may be the greatest loser if globalization falters.

The leader of an open international order must itself be open. The U.S. led by showing openness. Under Trump, it is no longer willing to be as generous. But it is untenable for China to try to preserve the open order from which it has benefited if it wants to create a Sinocentric order based on a Chinese model that is at best only partially open. It is precisely how much China will open up in its next stage of reform that Beijing has yet to decide.

Bilahari Kausikan is a former permanent secretary of Singapore' Ministry of Foreign Affairs and is currently ambassador-at-large. These are his personal views.