People take a boat across the Rapti River at Sauraha in Chitwan, south of Kathmandu.   © Reuters
CopyCopied

Nepal sits on vast water resources. The United Nations describes the landlocked Himalayan state as "one of the Asian countries with the highest level of water resources per inhabitant." Water can potentially be to Nepal what oil is to Arab sheikhdoms.

Nepal's renewable water resources are estimated at 7,372 cubic meters per capita annually, or several times higher than those for the two demographic titans between which it is sandwiched -- China and India. Yet Nepal, oddly, seems afflicted by a water curse. A failure to adequately harness water resources has left the nation acutely energy-starved, and water shortages are endemic in major Nepalese cities, including the capital, Kathmandu.

Meanwhile, as it increasingly becomes a theater of geopolitical competition between China and India, Nepal is tilting more toward Beijing and away from India, its main partner through the centuries. China, blending economic and security policies, is steadily making strategic inroads. Beijing's latest deal with Nepal to build another largely Chinese-owned dam there highlights its growing success in clinching major infrastructure contracts in India's backyard to advance its foreign policy and commercial interests.

Had India tried to secure a contract to set up a largely Indian-owned dam in Nepal, it would likely have faced a nationalistic backlash. Maoists, communists and nationalists in Nepal portray India as a regional hegemon and have seriously impeded its hydropower development plans. China, however, does not face such opposition in communist-dominated Nepal. This helps to explain why the new deal over the planned 750-megawatt West Seti Dam is not the first Chinese hydropower project in the country. 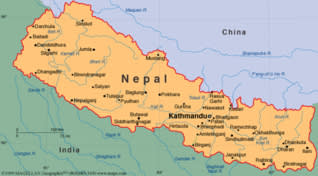 China, through construction projects by Chinese state-run companies and large loans to finance them, is quietly enlarging its presence in and leverage over the increasingly indebted Nepal, which risks becoming its client state. Already, Beijing has used its clout to push Nepal to crack down on Tibetans traveling through Nepal to India, where the Dalai Lama is based.

While dressing its investments in the cloak of economic aid, China is imposing stiff commercial terms on Nepal, plus taking majority project ownership upfront. For example, its state-run China Three Gorges Corporation has picked up a 75% stake in the West Seti Dam project.

Nepal holds up to 83,000 megawatts of hydropower reserves, which, if tapped partially, can make it a major exporter of electricity. By harnessing the natural bounty of the Himalayas to produce renewable electricity, Nepal could emulate the success of Bhutan in generating the hydro dollars to fuel its rapid economic development. Small Bhutan has effectively turned its rich water resources into "blue gold," achieving the highest per capita income in South Asia.

Nepal, however, produces barely 800 megawatts of electricity for its 30 million citizens from all sources of energy, with the result that long power outages are common even in Kathmandu. Nepal controls the headwaters of, or serves as the corridor for, several rivers that flow into India, yet it imports electricity from that country.

As opposed to China's water megaprojects at home, smaller and ecologically friendly projects in the Himalayas -- if properly planned and designed and conforming to thorough and impartial environmental impact assessments -- can yield major benefits without carrying significant environmental and social costs. Environmentally sound hydropower is particularly attractive because, despite the high upfront capital costs, a hydropower plant has a life span almost double that of a nuclear power reactor and generates electricity with no fuel cost.

India, as the subcontinent's largest energy consumer, has sought to incentivize a subregional energy grid. Yet the vast majority of its own Himalayan hydropower projects have been delayed, suspended or shelved, largely due to grass roots opposition.

India has employed water collaboration as a tool of its diplomacy with Nepal and Bhutan. In Bhutan, India has subsidized the development of environmentally friendly hydropower by providing 60% of the investment for each project as a grant and the remaining amount as a low-interest loan. The projects have helped power Bhutan's success story.

By contrast, the political dividends from Indo-Nepalese water cooperation have declined over the years, partly because of political constraints in Nepal and partly because India has not been sensitive to Nepalese concerns. Several joint projects have either not been completed or failed to live up to their promise, leaving a troubled legacy that has increasingly weighed down bilateral cooperation.

Bangladesh has actively sought the start of water projects in Nepal to augment the lean-season flows of the Ganges River at Farakka, the critical downriver point where the waters are equally shared between India and Bangladesh under a 1996 treaty. The treaty -- which coincided with the 25th anniversary of Bangladesh's Indian-assisted independence -- has set a new principle in international water law by guaranteeing delivery of specific water quantities to downstream Bangladesh in the critical dry season.

Hundreds of rivers, some them originating in Tibet, crisscross Nepal. The country has five major river basins, from the Mahakali in the west to the eastern Kosi. All its river systems empty into the Ganges basin in India. Nepal is also rich in groundwater resources in the southern plains along its long border with India.

Whereas countries afflicted by what development economists call the "resource curse" find it difficult to break out of slow rates of economic growth and high levels of income inequality, despite relying on major exports of natural resources, Nepal's water curse has come without exploiting its resource reserves for its own needs, let alone exporting hydropower.

No less significant is the fact that Nepal has several water treaties with India but none with China, which has dammed the Karnali River just before it enters Nepal. China is also planning to build a cascade of five dams on the upper reaches of the Arun River. The construction of that cascade, by diminishing flows into the Ganges, could potentially affect India's Ganges water-sharing arrangement with Bangladesh.

Nepal's water curse has been compounded by severe political turmoil for the past quarter century. It remains today in a politically shaky position -- wracked by underdevelopment, poverty, poor governance and lawlessness and increasingly divided by its murky politics.

The sorry state of affairs in Nepal has seriously hampered its hydropower and irrigation expansion, even though progress in these areas is essential to obtain much-needed revenue and development and to help tame the transboundary rivers that often overrun their banks in Nepalese and Indian areas during the monsoons.

Indeed, the integrated development of the Ganges basin demands trilateral institutional collaboration between the three basin states -- Nepal, India and Bangladesh -- with cooperation extending to energy, transit and port rights. However, the entry of a non-basin state, China, is muddying the waters. Both through its unilateral dam-building activities in Tibet on the rivers that flow to Nepal, India and Bangladesh, and its entry in the Nepalese hydropower sector, China is compounding the challenges of regional integration.

Breaking the water curse is critical to Nepal's future. While the mighty Himalayas separate it from Chinese-ruled Tibet, Nepal is tied to India by geography, including multiple shared river basins. Water cooperation with India and Bangladesh can help harness the waters of the common rivers for shared benefit.

But if Nepal remains battered by political turmoil, it risks becoming a failed state -- a development that will carry major security implications for India, given the open Indo-Nepalese border that permits passage without documentation or registration.

Brahma Chellaney, a geostrategist, is the author of nine books, including "Water: Asia's New Battleground."