Unclear whether system will force polluters to clean up output Much remains unclear about how China's new emissions trading system will be implemented.   © Reuters
CopyCopied

China's official launch of its national emissions trading system last week marks a significant step in its commitment to reducing greenhouse gas emissions and its pending emergence as the world's largest carbon market.

China's national emission market will initially cover only the power sector, comprising some 1,700 power sector facilities, before gradually expanding to cover other industries. Yet even with just that single sector, it will start as a 3 billion carbon ton market, dwarfing the European Union's 1.75 billion tons. China's national carbon market will be shackled without data

Trading will just be simulated for an indefinite period at the beginning. In essence, the new system will operate at first as an extended national pilot program, building on seven local pilot systems that launched in 2013. Every power generator emitting more than 26,000 tons of carbon a year is to be part of the program.

The trading system is meant to halt the growth of China's emissions which already contribute roughly 30% of global carbon dioxide output, the most of any country, and prevent its per capita emissions, which are already greater than the European average, from approaching or exceeding those of the U.S. Reducing China's emissions will require aggressive policies, and emissions trading has emerged as the government's flagship climate policy.

Yet even with the new system, as well as a cap on coal consumption, planned environmental taxes and other measures in the works, China's emissions are likely to continue to increase as its economy expands. Emissions are expected to remain much higher than the levels required to meet the 2015 Paris Agreement's goal of limiting the global temperature rise this century to less than 2 C above pre-Industrial Revolution levels, let alone coming in under the aspirational goal of 1.5 C.

Given the importance of China's emissions trading system to its overall contribution toward reaching the goals set under the Paris Agreement on combating climate change, it is essential that the policy is properly designed and implemented.

The move to begin with simulated trading is common practice, following the example of the EU, and wise given the complexity of emissions trading policies. But the simulation phase aside, last week's launch failed to answer basic questions about the policy's fundamentals, such as specifying target emissions levels, procedures for emissions data verification, and how much data will be disclosed to the public.

In addition to the issue of data transparency and concerns that authorities will interfere with market pricing, China's trading system remains fundamentally different from others in the structure of its overall emissions cap. This raises the question of whether it can evolve into an effective cap-and-trade system or will remain merely a platform for trading.

Cap-and-trade systems work when governments impose a limit that reduces overall emissions of specified pollutants. Successive tightening of the overall cap, and in turn the limits for individual emitters, advance the system's environmental objectives. At the end of each accounting period, emitters must turn in emissions rights to offset each ton of greenhouse gases they have released or face a penalty.

The number of emissions allowances distributed by the government effectively represents the overall cap. The trading of allowances themselves produces no environmental benefit; trading simply reduces the overall cost of the program by enabling individual emitters to decide whether to reduce their own emissions or acquire allowances from another party which can reduce its releases at a lower cost.

Reflecting Chinese industry's influence over policy, Beijing has adopted a hybrid approach to setting the cap for its national emissions trading system taking account of both historical emissions and technology performance benchmarks.

The overall cap will be determined by totaling the expected emissions of participating enterprises based initially on their historical emissions. In future periods, allocations may be reduced based on sector-specific technology performance benchmarks reflecting efficiency advances or reductions in the cost of emissions control technologies. They could also be maintained or raised based on general or regional economic conditions or the "development status" of a particular industrial sector. The overall cap will continue to be the sum of all allotments.

Of particular concern, development status could be utilized to allow some sectors to expand emissions without limits. Further, the approach of basing caps on historical emissions will be a boon to established Chinese companies as such data is considered a trade secret; the government will have limited means to verify a company's declarations about past releases and new entrants will not have an emissions history to claims allowances.

The methodology leaves open important questions about how to balance economic expansion of a sector, technological potential for emissions reductions and what economic impact they may have, and environmental factors in what ultimately will be a political decision. At least at present, the cap will be a total of expected enterprise-level emissions -- a calculated number rather than an aspirational cap.

Whether China's cap genuinely becomes a tool to cut emissions depends on whether the National Development and Reform Commission, the new system's administrator, tightens the cap in the future by curtailing the overall number of allowances, thus forcing reductions, or merely tabulates requests for allowances based on projected emissions from emitters. The NDRC and other government agencies have traditionally faced challenges in regulating China's economically and politically powerful state-owned enterprises.

China is risking seriously undermining the credibility of its system and its growing reputation for leadership in this area. Transparency remains one of the paramount concerns of the international community in comparing actions on Paris Agreement pledges.

China has vigorously advocated the position that transparency is not an absolute principle, but rather must be relative to the capabilities of specific countries. When applied to China, given the country's sheer size and the opacity of its political system, this notion of different standards of transparency for different parties threatens to undermine our ability to evaluate true progress toward tackling climate change. 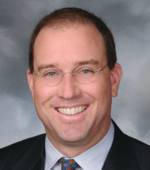 Craig Hart is a lecturer in the energy policy and climate program of Johns HopkinsUniversityand anonresident senior fellow attheAtlantic Council's Global Energy Center. He alsoteaches in the joint China rule of law program of Tsinghua University and Temple University.