The proposed $66 billion takeover by German drug and chemicals maker Bayer of U.S. seeds company Monsanto would likely see the combined company expand its presence in the high-growth Asia-Pacific region, but it would face stiff competition and challenges including public resistance to genetically modified crops.

Bayer and Monsanto shareholders are yet to vote on the deal, and regulators in China, the EU, the U.S. and other countries will have to approve the creation of the merged company, which would form a global force in agriculture. Meanwhile, another chemicals mega deal may be in the works, with reports emerging on Oct. 14 that Chinese state-owned producers Sinochem Group and China National Chemical, or ChemChina, are to combine forces though nothing has been said publicly.

The Monsanto takeover would create a company with combined sales of $67 billion, with agriculture accounting for close to $26 billion, and a total budget of $2.8 billion for research and development. The new company would be selling 29% of the world's seeds and 24% of its pesticides.

But both companies face headwinds. Monsanto's net sales declined by more than 5% in 2015 from a year earlier while Bayer CropScience recorded a rise of only 1.7% after currency adjustments. 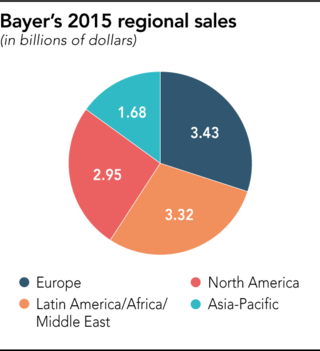 A significant part of the combined Bayer-Monsanto business would be in Asia. Bayer has a massive Asia-Pacific footprint, with more than 28,000 staff, including major production and research and development centers in China and Thailand.

For sustainable growth, both companies would have their best hopes in the Asia-Pacific region. Regional crop protection demand is expected to grow steadily to reach a market value of more than $18 billion in 2018. "We predict that the global seed and crop protection market will stagnate overall in 2016," Bayer said in its annual report. "[But] as in the previous year, we expect positive growth impulses to come from Europe and the Asia-Pacific region. For Asia we anticipate a further expansion of agricultural production." 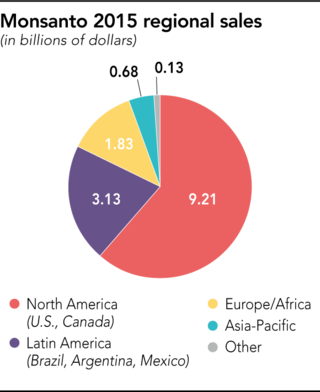 Both companies have yet to fully capitalize on this growth. Bayer CropScience reported close to $1.7 billion in Asia-Pacific sales in 2015, marking a rise of 1.5% adjusted for currency effects. Monsanto reported $686 million in revenue from the region last year, down from $834 million in 2014.

Bayer believes it can position the new company as a one-stop shop for farmers of the 21st century. The company says that after the merger, it would introduce digital services and hands-on support for farmers to meet future requirements for increased crop yields.

Bayer prides itself on its close relationships with farmers in Asia. "Our experts show farmers how they can increase the quality and quantity of their rice harvests even under difficult conditions," wrote Mahesh Girdhar, global crop manager for rice, in the annual report.

Rice is the single most important crop the agriculture giant would be exposed to. More than 470 million people in Asia partake in the production of rice, with key producers including China, Thailand and Vietnam.

One of the aims of the merger is to penetrate this market more deeply. But proponents of organic farming and groups that oppose genetically modified crops see this as a key concern. They point to a potential proliferation of gene-manipulated crops in Asia, often citing a 2006 incident when U.S. farmers were not able to export rice to the EU after their crops were "contaminated" with GM rice.

The new company would likely control close to 10% of the Asia-Pacific market for crop protection. While current sales are stagnant, the outlook for the region is positive. Yet fierce competition is likely against other emerging market superpowers. Only those with an integrated portfolio of crops and crop protection, combined with the massive scale and budget needed to develop new products, would stand a good chance of prospering.

Unleashing Monsanto's products on the global market, and especially in the Asian region, would require adjustments to the company's portfolio and sales channels. Last year, Monsanto tried and failed to take over Swiss agribusiness Syngenta, which would have offered better access to Asia.

This bottleneck could now open up for Monsanto through Bayer's tight network of local distributors and deeply embedded sales force in the region. Bayer, in turn, would be able to offer its clients a much broader product range and the promise of innovative breakthroughs in technology.

Another key criterion for the combined company's success in Asia will be dealing with regulators in key markets. Monsanto has been trying to avoid tighter Indian regulations on GM products for years and fighting media allegations of "shameless" practices said to have driven thousands of farmers to suicide. The Competition Commission of India on Oct. 4 launched its third probe of Monsanto just this year, to look into allegations of unfair business practices. Monsanto is also under scrutiny in the U.S. over its India-related lobbying activities.

In one sense the Bayer-Monsanto deal is a defensive move in light of the already pending mergers of ChinaChem and Syngenta, and of Dow Chemical and DuPont.

Yet the rationale for Bayer and Monsanto are likely also driven in part by their individual situations in the rapidly changing global market. China's economic slowdown and falling commodity prices have led crop producers to slow production growth in the region and to buy cheaper alternatives to Bayer's expensive products. At the same, it seems that Monsanto's heyday is over, with sales and profits stagnating. The American market is approaching saturation and the company's products require constant innovation as weeds gain resistance to bestselling herbicides.

The planned merger is not an attempt to build a global conspiracy against traditional small-scale farming, but an attempt by two slow moving giants to recapture global growth momentum by offering a complete product range and positioning themselves as players in the "future of farming," not least in the Asia-Pacific and other attractive growth regions. 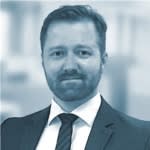 Fabian Boegershausen is a manager in the Kuala Lumpur office of Solidiance, a corporate strategy consultancy with a focus on the Asia-Pacific region.