Trump, protectionism and technology may hold back poorer developing nations 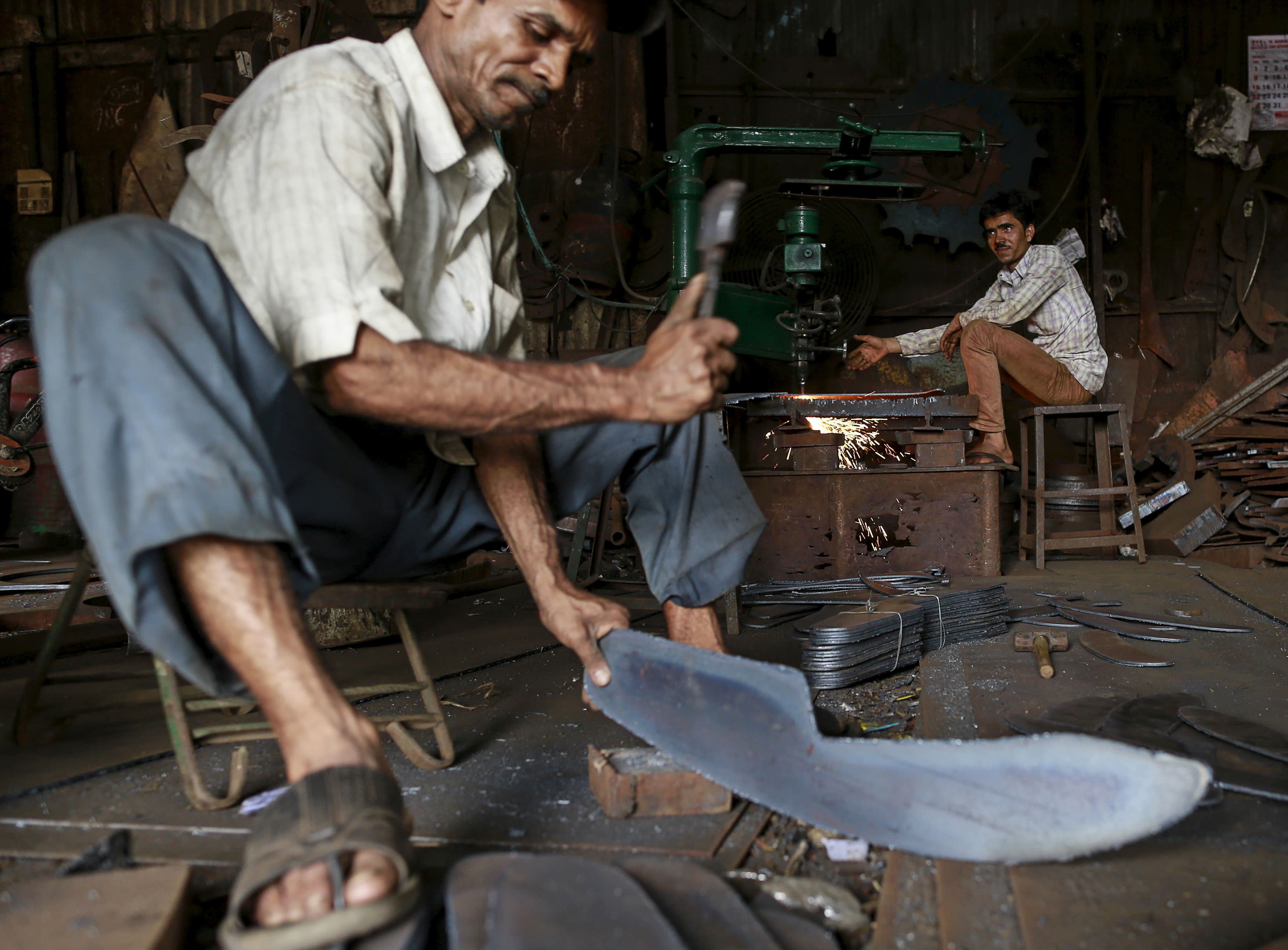 India and other middle-income economies may need to work much harder to develop the highly skilled workers for global competition.   © Reuters
CopyCopied

This should be a moment of grand optimism for Asia. The world economy is enjoying its fastest expansion in a decade. Forecasts show growth in developing nations accelerating especially quickly. Yet even putting this week's global stock market wobble to one side, such bullish projections do not tell the whole story.

They hide the fact that emerging countries as a whole are still growing more slowly than before the 2008 global financial crisis. More importantly, deeper structural changes, notably the way technology is reshaping global manufacturing, are now threatening important parts of Asia's development model.

At first glance it seems an odd time to fret about lower-middle income nations, meaning those with per capita incomes between $1,000 and $4,000, a group that includes around a dozen Asian countries from India to Vietnam. Economic theory suggests these should have the potential for rapid "catch-up" growth, leading to convergence with their richer, more industrialized peers.

Look around Asia and indeed this is what appears to be happening. The World Bank's most recent forecasts, released in January, suggest India will overtake China this year in growth rates to become the world's fastest growing big economy. The Philippines and Myanmar are both set to post increases in gross domestic product of close to 7% in 2018, according to the World Bank. Even Indonesia, a struggler of late, this week unveiled data showing growth above 5% in the final quarter of last year, its highest rate since 2014.

So what's the problem? Partly it is that these headline figures are less impressive than they appear. The same World Bank survey predicted emerging economies as a group would grow 4.3% annually over the next decade. That sounds fine, but it is still about a percentage point slower than the average GDP product growth recorded before the 2008 crash. "Potential growth has declined considerably over the past two decades" across the developing world, the report argues. It predicts it will now sag further against a backdrop of falling productivity and demographic change, areas in which Asia, with its aging populations, is vulnerable.

Yet there are also more specific reasons to worry, as highlighted recently by Arvind Subramanian, India's chief economic adviser. In the run-in to last week's Indian budget, Subramanian used his office's annual economic survey to warn about what he calls the risk of a "late converger stall," in which the likes of India and Indonesia struggle to mimic the brisk development successes enjoyed by countries like China and South Korea.

The report outlines a range of risks that could weigh on poorer and lower middle income nations, but two stand out in particular. The first is rising protectionism, as prospects dim for future trade liberalization and U.S. President Donald Trump threatens punitive tariffs against China and others. The second, and arguably the more worrying, relates to manufacturing, which allowed earlier generations of Asian workers to move from farms to basic factories and onward to advanced exporting sectors, raising productivity along the way.

Much of this process is now under threat. Automation and industrial robotics are making cheap labor a less important input in industrial processes. Technologies like 3D printing could accelerate the same trend. Some parts of global manufacturing supply chains are being "reshored" to rich countries. More emerging countries are competing to become part of those same chains too, meaning each is likely to enjoy a smaller share of the global pie.

In future, even simple manufactured goods like toys and electronics are also likely be connected to the internet, while basic industrial components will be packaged with complex services, such as after-sale advice. In key industries, what economists call the technological frontier -- the level of sophistication achieved by the most advanced companies -- is shifting rapidly outward. All this makes it is harder for an entrepreneur in Cambodia or Myanmar to set up a factory making products fit for global consumption, or for an unskilled farmer to find work in such plants.

That Subramanian is worried about all this is notable because he has long been a critic of the idea of a middle income trap -- the idea that growth can go flat well before an emerging economy qualifies as fully developed. Yet he now believes those nations, such as India, that began to liberalize only recently -- the so-called "late convergers" -- are going to have to work twice as hard to develop the highly skilled workers global industrial companies need. "It is a feature of our moment that technology and manufacturing is much more demanding of human capital," Subramanian says. "The technological frontier is racing away, and lower middle income economies are just finding it hard to keep up."

These worries are not entirely new. Harvard University professor Dani Rodrik has sounded similar warnings about what he dubs "premature deindustrialization," in which emerging economies now struggle to create manufacturing sectors as large as those that industrialized in earlier eras.

Nor should these concerns about growth be a cause for panic. A sustained period of global expansion could yet help the late convergers restart their growth engines. There are many sensible policy responses available too. If the global environment is now less encouraging, it merely makes it more important that emerging nations improve their internal circumstances, from investment in infrastructure and education to making foreign investment easy and fighting corruption.

Nonetheless if Subramanian is right, these trends should worry Asian political leaders far more than short-term blips, like this week's market turmoil. Even a minor slowdown in average long-term growth rates could delay the process of convergence for decades to come. It also means that fewer countries are likely to be able to follow the kind of manufacturing-intensive development model pioneered in East Asia. The idea of middle income trap might have been overplayed before. The risk is that it now could become real.

James Crabtree is an associate professor of practice at the Lee Kuan Yew School of Public Policy at the National University of Singapore. His book,"The Billionaire Raj," will be published in July.