A bad year for free press in Asia

For those concerned about press freedom in Asia, September has been a particularly bad month in what was already shaping up as a bad year.

The month began with a shock for Hong Kong residents accustomed to their daily dose of the BBC World Service news. They awoke to find that the familiar dulcet tones of the London-based broadcaster, which had dispensed the world's news with dispassionate objectivity, 24 hours a day, for nearly 40 years on the local Radio Television Hong Kong radio station, had disappeared.

The change might be seen as just the latest example of the "mainlandization" of Hong Kong, a further effort by the territory's rulers in Beijing to eradicate vestiges of the colonial past, like the British royal insignia on mailboxes or coins bearing the likeness of Queen Elizabeth II. The news came in the same week that the BBC pulled out of a joint broadcasting deal with a popular Burmese television station in Myanmar because of the local partner's censorship of reporting on the crisis surrounding the country's Muslim Rohingya minority.

Just as the BBC was being curtailed in Hong Kong and withdrawing from its Myanmar deal, news came that the respected Cambodia Daily newspaper was closing after 24 years. The newspaper, known for its hard-hitting investigative reporting, had run afoul of Cambodian strongman Hun Sen, whose government hit it with a bill for millions of dollars in allegedly unpaid taxes, forcing it to cease publication. 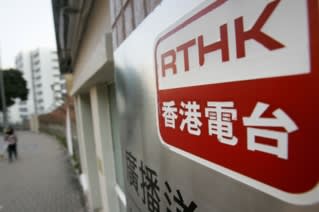 The move against The Cambodia Daily came just days after the information ministry shut down two Khmer language radio stations, Maha Nokor and the Voice of Democracy, which aired programs from the U.S. Voice of America and Radio Free Asia media outlets.

The crackdown on critical media outlets -- specifically those linked to foreign (read: Western) interests -- comes as Hun Sen, Asia's longest-serving leader, appears to be clearing the decks for elections next year. He seems determined to limit any opposition gains.

Long gone are the days when Britain ruled the airwaves and a few, mostly Western, news agencies dominated international news coverage, set the global agenda and reported news that was generally accepted as factual. Autocrats, particularly in Asia, have long chafed at what they considered biased Western coverage of the developing world, and at the nettlesome tendency of American, British, Australian and other Western journalists to focus on issues such as human rights abuses, the jailing of dissidents and limits on free speech.

What is new is that China has emerged as an alternative player on the global media stage, hoping to expand its "soft power," with state-run outlets like China Daily establishing Asian, American, European and African editions, and the newly rebranded China Global Television Network hiring staff worldwide and operating in more than 100 countries.

Also changing the world order is the role of the internet and social media. Initially, the internet was seen as a tool that would push democracy in authoritarian countries, breaking the stranglehold that dictators impose on information flows. Former U.S. President Bill Clinton famously predicted in 2000 that trying to control the internet would be "like trying to nail Jell-O to the wall." Seventeen years later, the autocrats have managed to do precisely that -- led by China, with one of the world's most expansive and sophisticated censorship regimes.

What is more, authoritarian rulers have learned to use the internet's openness for their own advantage, often to take their message over the heads of the media to the masses. This marks a dramatic turnaround since the digital age was seen as a tool for people to organize and disseminate information -- like the text message revolution that helped topple President Joseph Estrada in the Philippines and the so-called "Facebook revolution" that brought down President Hosni Mubarak in Egypt.

In the Philippines now, reporters critical of President Rodrigo Duterte's strong-arm tactics and his brutal war on drugs find themselves trolled and threatened by his supporters on social media. At a recent conference in Hong Kong, a Filipina reporter shared some of the vile and vicious messages she received from Duterte backers, including threats of physical violence. In Cambodia, Hun Sen has his own Facebook page, which he uses to harangue the foreign press.

According to the American-based group Freedom House, press freedom around the globe last year declined to its lowest point in 13 years. Asia, in particular, is a bleak region on the Freedom House map. Similarly, the independent journalism group Reporters Without Borders reported an increase in attacks on the press alongside the rise of strongmen leaders; the situation for the press in most of Asia is either listed as "very serious" or "difficult" on the group's map.

In an ironic twist, both the Freedom House and Reporters Without Borders reports for the first time include the U.S. as a place where the press is under siege.

U.S. President Donald Trump has branded mainstream media outlets as "enemies of the people," and purveyors of "fake news," and accused them of acting as a de facto opposition party. It was not surprising that Hun Sen echoed Trump's attacks on the media when closing radio stations in his country. "Donald Trump understands these groups cause chaos," Hun Sen said in one of his many broadsides against the press.

I will be among those mourning the loss of the BBC World Service broadcasts in Hong Kong, just as I lament the closure of The Cambodia Daily. But what I will really be mourning is the loss of the days when fact-based, objective reporting delivered by trusted media outlets was the norm and not the exception. Sadly, those days are gone. And they are never coming back.

Keith B. Richburg, a former foreign editor of The Washington Post, is director of Hong Kong University's Journalism and Media Studies Center.