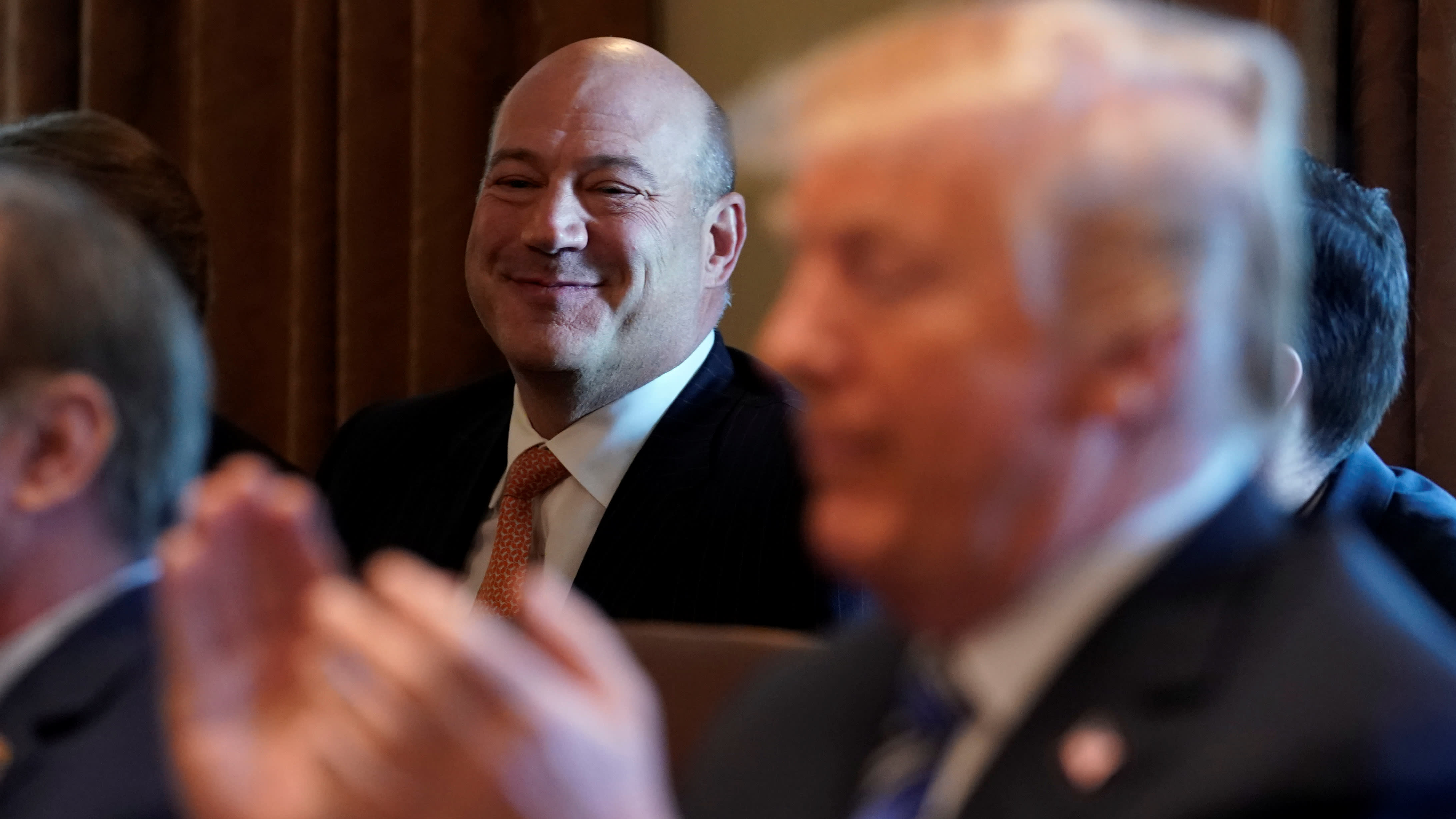 People are policy, whether in Washington or Asia. The resignation of the chief White House economic adviser, Gary Cohn, affirms that principle.

The role of the former Goldman Sachs president as a source of confidence for international partners and as a significant impediment to U.S. President Donald Trump's overtly protectionist agenda has been underrated. His departure announced this week amid sharp disagreements over Trump's decision to impose steep tariffs on steel and aluminum imports revives fears that U.S. Trade Representative Robert Lighthizer, Commerce Secretary Wilbur Ross and White House trade adviser Peter Navarro will successfully press their managed trade activism. Such concerns are well founded.

It will not be difficult for these officials to win support for more trade restrictions from the only audience that matters: the president himself. Although Trump has changed political parties five times since he first tested the presidential campaign waters in 1988, he has been consistent throughout in extolling economic nationalism and managed trade.

As director of the National Economic Council, Cohn played a crucial role in shepherding through Congress a tax reform bill, the Trump administration's only significant legislative accomplishment. His position also required reaching an understanding with the national security adviser H.R. McMaster about the division of labor on international economic and trade policy issues. Cohn achieved that, with McMaster ceding lead responsibility for the entire economic portfolio in recognition of Cohn's personal relationships with foreign leaders and his credibility with the markets.

With Cohn gone, the only consistent voice for open markets and trade growth in the Trump administration is Secretary of State Rex Tillerson, whose relationship with the president is under constant stress. Treasury Secretary Steven Mnuchin's role on trade and global economic policy has been confusing and episodic. While he suggested that the Trans-Pacific Partnership trade pact could be revived after Trump rejected it in early 2017, there has been no conceptual framework or follow-up to that idea, which has lacked wider inter-agency support. 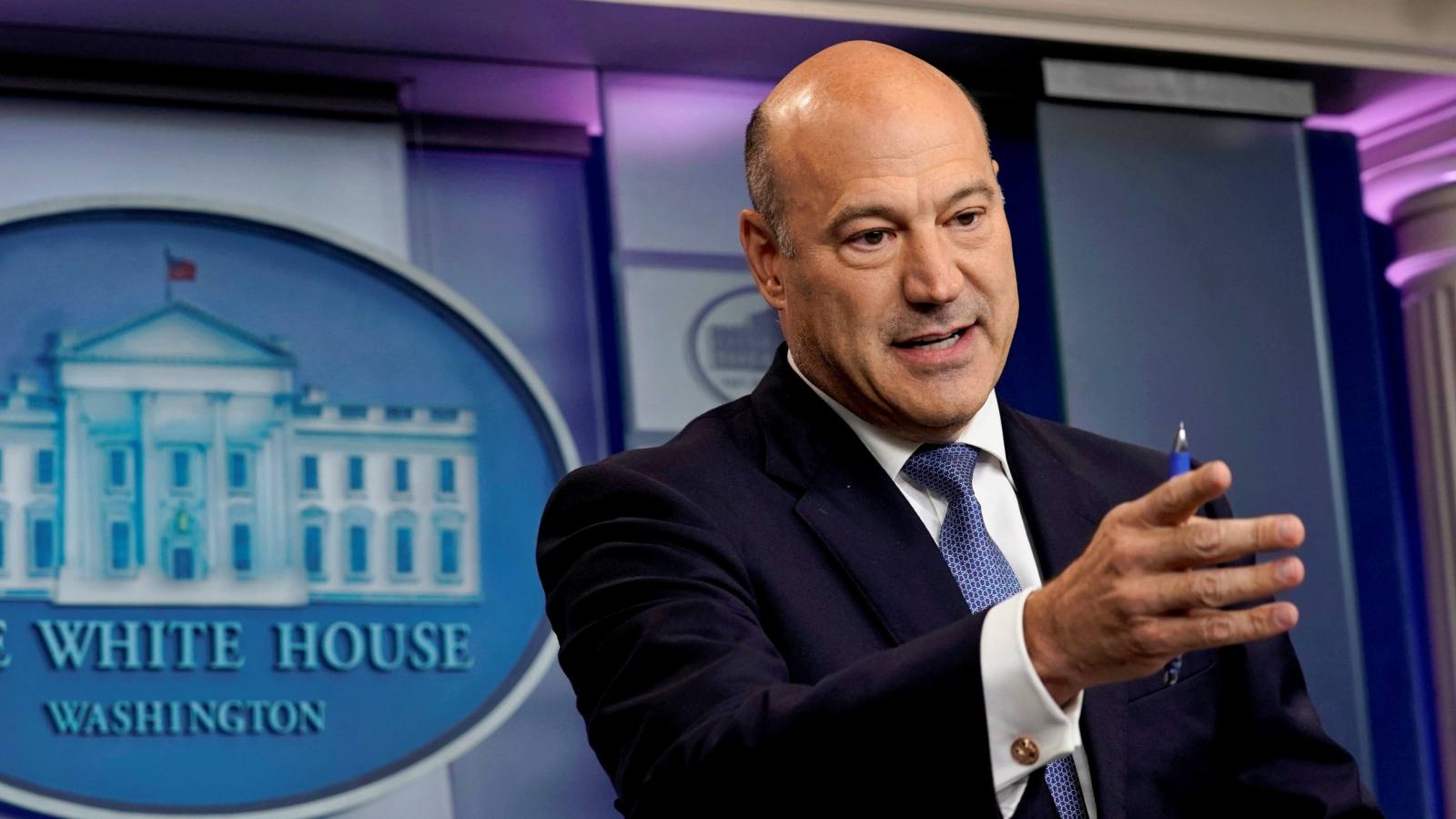 Trump imposes tariffs on metals but open to relief for allies

One other source of pro-trade stability has come from an unusual quarter. Secretary of Defense Jim Mattis is said to have firmly opposed Trump's desire to quit the U.S.-South Korea free trade agreement. Mattis views the trade deal as proof of U.S. defense commitment to South Korea as tensions grow over North Korea's nuclear program. His position has prevailed -- for now.

It is a financial market aphorism that inaction and gridlock in Congress can be good for markets, since it reduces the risk of new regulations or policy interference. The same cannot be said for the White House since dysfunction poses dangers for economic and security crisis management. Cohn's departure significantly raises the risk of bad trade decisions and increased unpredictability in a White House known for weak process integrity and policy management.

Nothing about Trump's personnel management has been traditional. In this respect, three novel patterns have emerged.

First, personnel departures from the White House are occurring early and often. Staff turnover has now surpassed 40% since Trump's inauguration in January 2017, almost double the previous record set in the same period in the Ronald Reagan administration in the 1980s.

Second, there is an unprecedented number of vacant ambassadorial and sub-cabinet positions. This reflects an effort to limit the scope of government and centralize decision-making. With the White House staffed by a shallow bench of less experienced actors, this makes policy responses to any crisis slower, less coordinated and less predictable.

Third and most important, as competent policy professionals depart, they are unlikely to be replaced by people of equal quality. Anyone taking a position now does so with full knowledge that they will not change the president, but that the president will almost certainly change them. This is a worrying departure from previous administrations, where early departures by campaign staff often opened the way for more experienced, able and stronger policymakers. Because this administration's key hiring requirement is personal loyalty to Trump, attracting and retaining quality high-level policymakers has been -- and will continue to be -- difficult.

Cohn's departure will not be the last major change in the Washington policy team. Other changes that could diminish economic crisis management capacity have already occurred, with Jerome Powell replacing Janet Yellen as Federal Reserve chair. Widely respected, Powell is well known but lacks Yellen's deep connections with other central bankers. Nor is he likely to be as prepared as she and her predecessor Ben Bernanke were in managing intra-government relationships.

The absence of any affirmative American agenda to support trade growth and the Trump team's instinct to target imbalances mean that Cohn's departure will exact a high cost for U.S. credibility in Asia. Trump's most recent call for China to cut its bilateral trade surplus by $1 billion this year suggests he may opt for cosmetic actions rather than structural change. But the mixture of mercantilism and unpredictable drama will impose a long-term penalty on U.S. leadership in the region.

Asia's dynamism will not wait three years for Americans to sort out their policy at the next presidential election, nor should it. Regional trade ministers are moving ahead with TPP-11, minus the U.S. Intraregional investment is accelerating and capital markets are deepening after several years of structural underperformance.

U.S. companies have three times more investment in Southeast Asia than their Chinese competitors, and clearly do not intend to neglect the region. If there is a failure of imagination in the U.S. policy community, it will not only undermine their efforts but also increase the private sector's burden to help restore rapidly dwindling American credibility in the region and ensure the real economy is not "Trumped" by what history is sure to judge as an unsustainable detour.