Panic over sexuality puts reputation for tolerance on the line

Indonesia's growing moral and political panic about sexuality has now produced draft laws that could criminalize sex outside marriage, and same-sex conduct.

Things may get even worse: One legislator has called for the death penalty for gays and lesbians. Others have cynically attempted to portray criminalization as a means of protecting lesbian, gay, bisexual and transgender (LGBT) people from vigilante violence.

None of this bodes well for a country that proclaims a message of "unity in diversity" on the international stage, seeks to attract foreign investors and draws millions of tourists by promoting itself as a relaxed beach holiday destination.

It is also profoundly concerning for the LGBT people who before 2016 lived peacefully, even piously, among pluralist neighbors.

The roots of Indonesia's rising intolerance lie in the failure of successive governments to effectively respond to harassment, threats and violence by militant Islamists against religious, ethnic and sexual minorities -- a trend that should concern all of Asia. 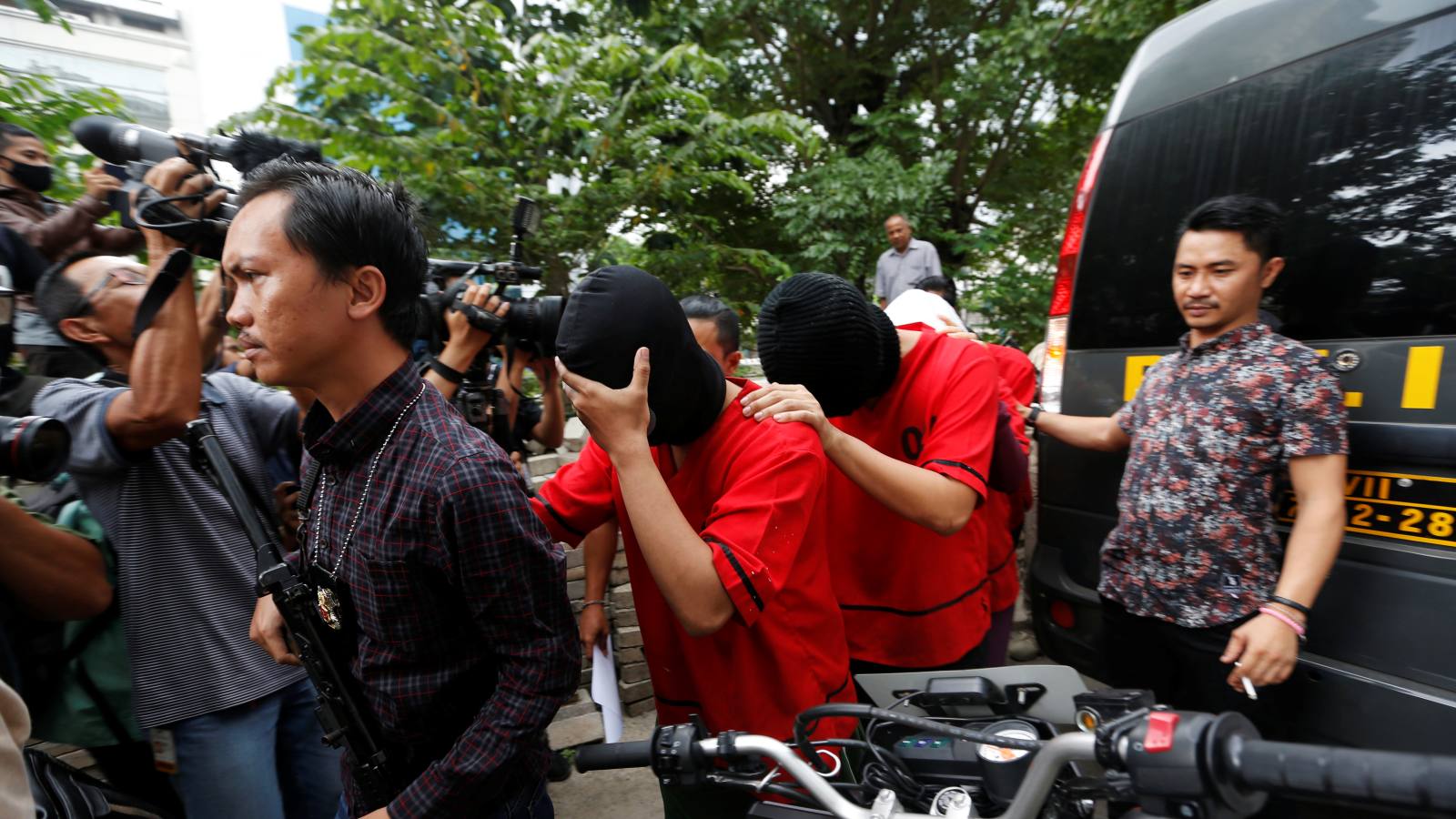 Parliamentarians in the Association of Southeast Asian Nations expressed their concerns in a joint statement on Feb. 7. Teddy Baguilat, a Philippine lawmaker, calling the proposed laws "a blatant violation of all Indonesians' right to privacy and their fundamental liberties."

One strain of the current agitation began in January 2016 when Indonesia's Higher Education Minister Mohammed Nasir tweeted that he wanted to ban all LGBT student groups from university campuses. Within two months, dozens of public officials had contributed to a cascade of anti-LGBT vitriol.

At a maternal-health seminar, a mayor warned young mothers off instant noodles -- their attention, he said, should be given to nutritious cooking, which would prevent their kids from becoming gay. Defense Minister Ryamizard Ryacudu labeled LGBT rights activism a proxy war on the nation led by outsiders, and more dangerous than a nuclear war.

Powerful institutions supported the invective. The Indonesian Child Protection Commission issued a decree against "gay propaganda." The Indonesian Psychiatric Association proclaimed homosexuality and transgender identities to be "mental illnesses." And the Nahdlatul Ulama, Indonesia's largest Muslim organization with about 80 million members, called for criminalization of LGBT activism and for "rehabilitation" of gay people.

Sexual and gender minorities in Indonesia have historically lived with intermittent bouts of animosity, but tolerant social attitudes provided a shield that typically prevented violence. The government has never criminalized homosexual conduct, although the lack of legal protections for LGBT people left them vulnerable.

Discriminatory clauses in existing laws were long ignored by authorities -- but the spike in anti-LGBT rhetoric has given social sanction to their enforcement. For example, Indonesia's 2008 Pornography Law calls same-sex conduct a "deviant behavior." It was only a matter of time before authorities used it as a tool for repression.

More than 300 Indonesians were arrested in 2017 for alleged LGBT-associated behavior -- the majority under the Pornography Law -- and countless others have been terrorized in police raids.

In March 2017 unidentified vigilantes forcibly entered an apartment in Aceh province and took two men in their twenties to the Sharia (Islamic law) police for alleged same-sex relations. The men were publicly flogged in the first such whipping in Indonesia's history.

In May, police raided the Atlantis gym and sauna in Jakarta, a well-known gay hangout. In September, police in West Java province entered the private home of 12 women they suspected to be lesbians, and forcibly evicted them from the village. There have been many similar raids.

As the repressive acts continued, conservative activists sought to explicitly outlaw all sex outside marriage and same-sex conduct by petitioning the Constitutional Court. The petition posed more than a hypothetical threat.

Some estimates suggest that as many as half of Indonesian couples do not get legally married because of difficulties registering, especially in remote districts, along with discrimination against unrecognized religions. Criminalizing their sex lives could overwhelm the police and prison systems.

In mid-December, Indonesia's Constitutional Court dismissed the petition on technical grounds. However, within 24 hours of the judgment, the North Jakarta district court sentenced eight men arrested at the Atlantis to two or three years in prison.

This year Parliament has entered the fray through a committee charged with revising the criminal code. In January, Parliamentary Speaker Zulkifli Hasan falsely claimed that parliamentarians were discussing legalization of same-sex marriage.

Hasan's statement effectively cornered most politicians into publicly affirming some degree of opposition to LGBT rights. From this chaos emerged a so-called moderate view, proffered by members of President Joko Widodo's party. They suggested a law that allows the prosecution of sex outside marriage and same-sex conduct "only if one of the sexual partners or their family members report the crime to police."

The proposal is being spun as "a firewall," without which, legislators insist, "the public can try to take the law into their own hands" and attack LGBT people.

At a time when countries around the world are progressing towards recognizing basic rights regardless of sexual orientation, gender identity or marital status, Indonesia is backsliding even compared with its Asian neighbors.

The economy could be hit. The Financial Times has reported that the government's failure to check Islamist attacks on LGBT people might damage tourism and real estate development. A 2017 study by the Williams Institute at the UCLA School of Law noted: "Discrimination against LGBT Indonesians in workplaces, schools, and social opportunities is pervasive and will limit their ability to fully contribute to the Indonesian economy."

Some Indonesian officials tentatively indicated they will defend the rights of LGBT people. National Police Chief Tito Karnavian ordered an investigation into raids on transgender-owned hair salons. Widodo has declared that "there should be no discrimination against anyone," including LGBT people. But these moves are too little and too late to halt rising intolerance.

The committee revising the criminal code has deferred its deliberations until March, giving a temporary reprieve. But Indonesia is at a crossroads and the privacy rights of all Indonesians are at stake. Is it a country of diversity, pluralism, tolerance, and connectivity with its neighbors and the international community? Or does it prefer the politics of scapegoating, at the expense of millions of citizens and its global reputation?

With local and national elections on the horizon, exploiting the moral panic over sexuality may be tempting. But whatever protection it promises LGBT people will be ephemeral, and ultimately lives will be ruined. Widodo has in the past pledged tepid support for the privacy and security of the LGBT community, but the abuses of the past two years remain uninvestigated. His leadership as the public alarm over LGBT grows will be crucial.

Kyle Knight is a researcher at Human Rights Watch in the LGBT program, and author of the 2016 report "'These Political Games Ruin Our Lives': Indonesia's LGBT Community Under Threat."