Xi's promise of 'quality growth' for China will have to wait 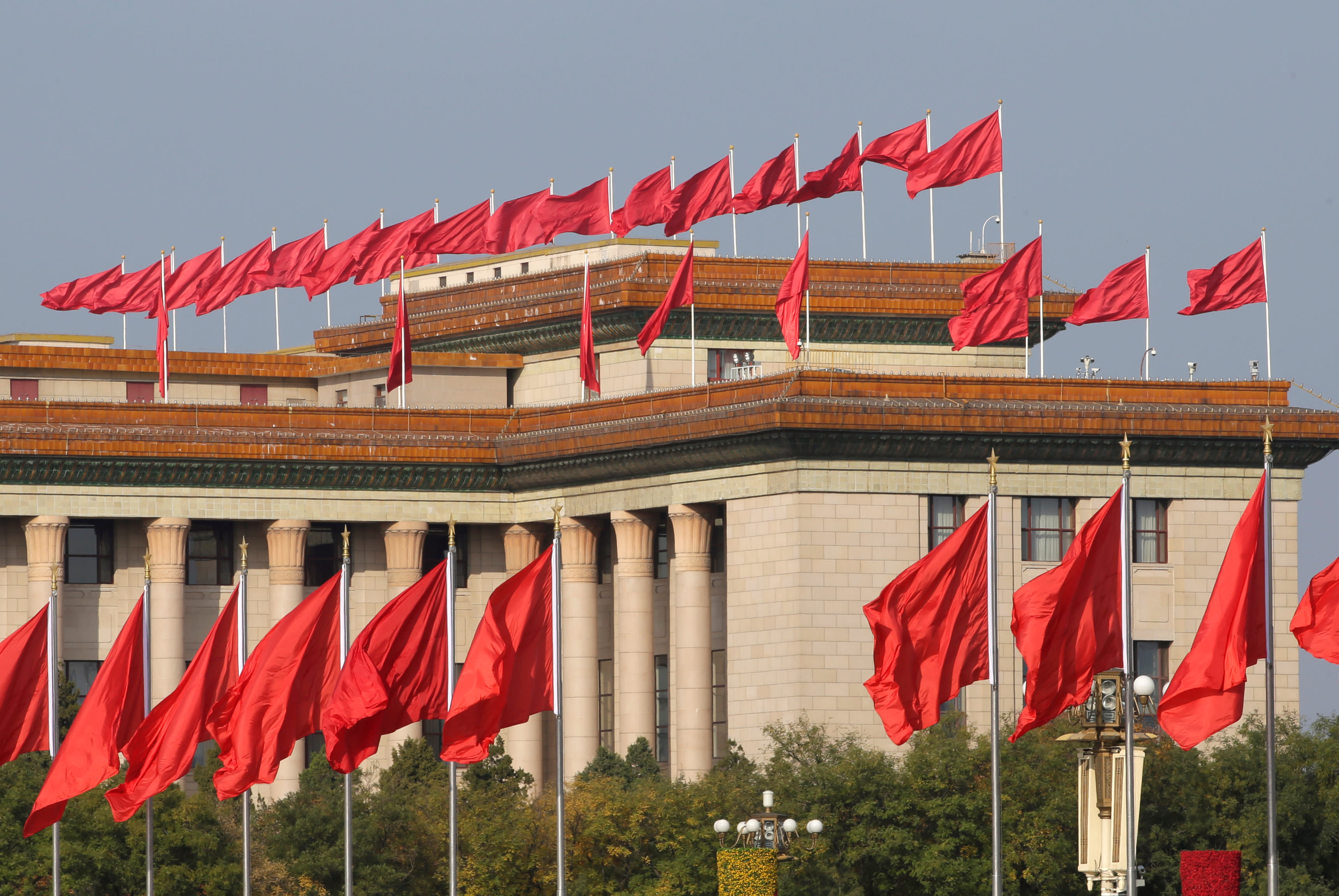 Beijing seems committed to growth targets such as doubling GDP and personal income, not eager for potentially disruptive reforms.   © Reuters

To the disappointment of those calling for radical policy change, China looks set to steer a steady course on economic policy in 2018, based on the outcome of this month's top-level strategy meeting.

The Central Economic Work Conference that ended on Dec. 20 signaled the priority for the government in 2018 will be maintaining economic stability and reducing risks. Many observers had expected a different message after President Xi Jinping's declaration at the Communist Party Congress in October that the government must shift its focus to prioritizing quality growth over rapid economic expansion. No mention was made then of long-standing targets of doubling the size of the economy and per capita income by 2020 from 2010 levels, which, for some observers, suggested a new flexibility about economic growth levels.

Setting the groundwork for "quality growth" will require addressing widespread pollution, heavy debt accumulation and industrial overproduction, but seriously facing these issues now would hold back growth. The conservative position taken in the statement on "Xi Jinping Thought on Socialist Economy with Chinese Characteristics for a New Era," issued at the end of the work conference, makes sense given the ambitious growth targets the Communist Party has set for itself ahead of the 100th anniversary of its founding in 2021.

It is now clear that those goals of doubling gross domestic product and personal income will continue to set a bottom line over the next three years. The targets have their roots in Deng Xiaoping's vision of building a "moderately prosperous society." In their current form, the targets were first expressed under President Hu Jintao in 2012. Xi affirmed these targets and included them in the current five-year plan that started from 2016. The importance of these ambitious goals for a legacy-minded leader like Xi should not be underestimated.

For all the good intentions in tackling structural problems, it seems inconceivable that the launch of "Xiconomics" in 2018 will be tarnished by a steep drop in GDP growth. The shift toward quality is likely to be gradual. Rather than indicating an immediate policy shift for 2018, Xi's declaration sets the stage for ending growth targets after 2020.

The Chinese leadership will be hard-pressed to tolerate a drop of GDP growth below an annual average of 6.4% between 2018 and 2020. Maintaining growth at this level will ensure a smoother shift to slower expansion later. This should allow for some leeway in structural reform, with GDP growth moderately slowing from the current level of around 6.8% in 2017. But immediate advances in reform are likely to be timid.

Of China's two doubling goals, only that for real GDP is a hard target. It is precisely defined in official documents and is of utmost political importance to the Communist Party. In the current five-year plan, an annual growth target of no less than 6.5% was set to ensure that the 2020 GDP target would be met. But because recent growth has beaten expectations, expansion at a rate of 6.4% annually over next three years would be sufficient to reach the target. This appears within reach.

At this level of growth, however, reaching the second target of doubling personal income will be more difficult if not impossible. Official documents define income vaguely, referring at times to both GDP per capita and disposable household income. Adding to the uncertainty, official documents do not clarify whether the indicators should be adjusted for inflation.

The doubling of rural disposable income, if adjusted for inflation, will be achievable. To double overall GDP per capita or urban disposable income, economic growth would need to accelerate to 8.2% or 8.4% respectively. A return to such high growth rates in the near future is inconceivable.

The vague definition of the income target provides an escape for the leadership to proclaim success, by focusing on nominal growth targets, for example.

Yet even the commitment to doubling GDP lodges the Chinese leadership between a rock and a hard place. Maintaining average real GDP growth of 6.4% through 2020 leaves little room to address long-term problems while frictions with the U.S and other major trade partners pose a rising risk to economic growth.

Defending the Communist Party's politically motivated targets will allow for only a cautious rollback of stimulus measures and sluggish progress on meaningful reforms. But postponing deeper change for the sake of creating an outwardly pleasant economic environment for the 100-year anniversary may produce a bigger hangover following the celebrations.

Max J. Zenglein is a senior economist at the Mercator Institute for China Studies in Berlin. Maximilian Karnfelt is an economic analyst there.