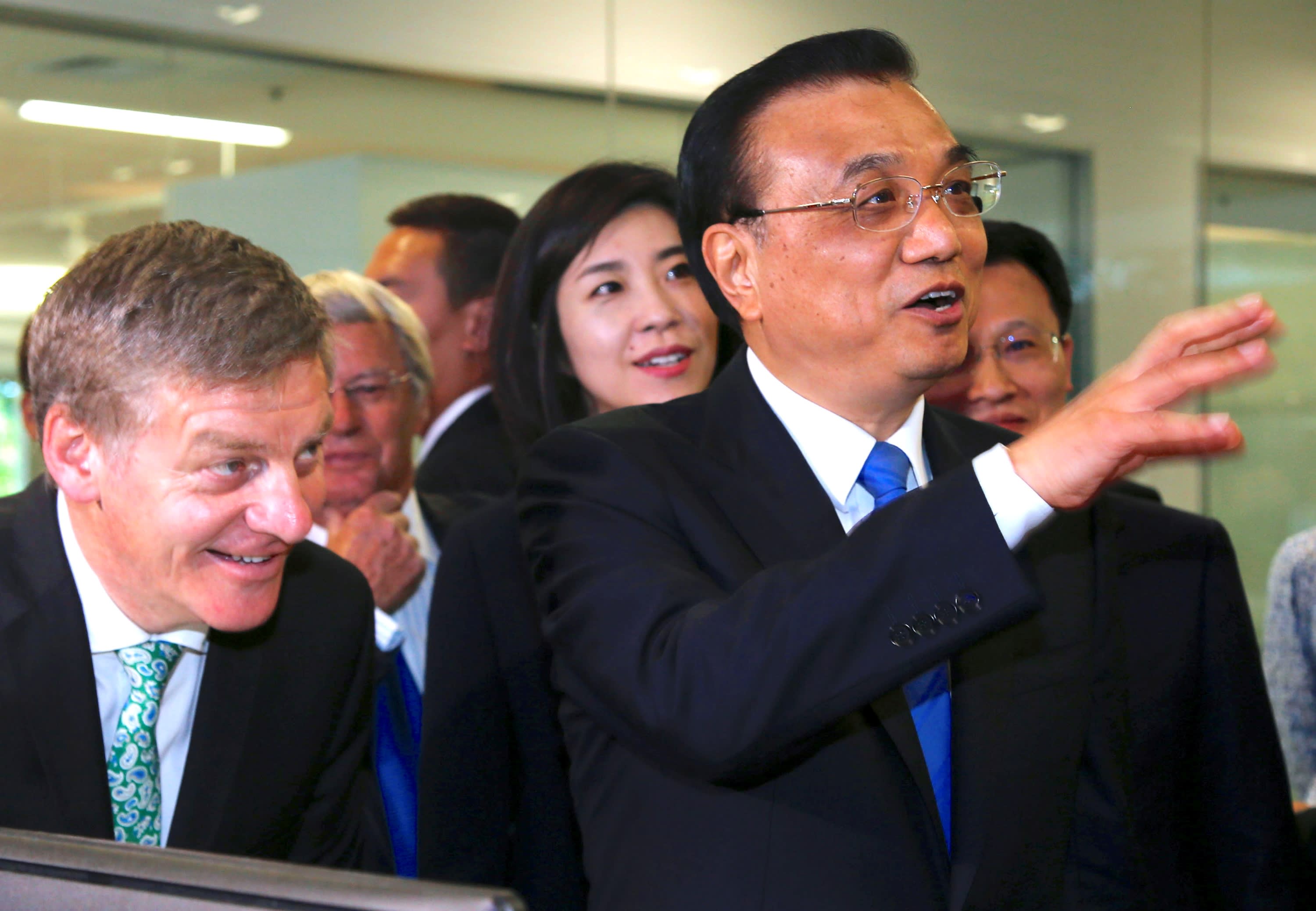 Nothing highlights the pulling power of China's Belt and Road Initiative (BRI) better than the fact New Zealand ranks among its earliest participants.

Nine thousand kilometers away from China and a member of the U.S.-led Western world order, New Zealand signed up as long ago as March to the project, which now encompasses 70 countries.

Its big neighbor Australia, on the other hand, balked initially and only recently inked a limited memorandum of understanding amid fears that China's growing influence impinges on Australia's autonomy.

But for New Zealand, the potential economic gains -- and the recognition of the reality of China's rise -- matter more. The islands may be a long way from the old Silk Road that inspires the BRI. But for China, the initiative has become less a shortcut to Europe and more a set of spokes radiating influence -- even to the edge of Antarctica.

The contrasting responses of New Zealand and Australia highlight the challenges governments face when deciding how to respond to the BRI.

The BRI is nebulous and overarching, flexible enough to be applied to any bilateral ties China wants to forge. It has become so central to China's foreign policy that the Communist Party wrote it into its constitution last month, when President Xi Jinping -- the BRI's architect -- secured his second five-year term as the party's head.

The BRI poses a trap, though, as any astute statesman will point out. China is not promoting it for selfless reasons. It is true that the BRI may structure the global economy to improve prosperity for all, but it is also true that the BRI is ultimately a hub-and-spoke project, a series of bilateral deals that lead back to China. Partner countries will benefit, surely, but China will benefit most of all. And as other countries become more dependent on economic relations with China, this renders them open to manipulation. China has blocked agricultural imports for political reasons, for instance, from the Philippines.

So how should countries take advantage of the BRI? The first thing they must realize is that China will not turn the BRI into something more multilateral. The BRI is a direct path toward superpowerdom.

When involving themselves in the BRI, countries should make sure to do so in ways that diversify their economic relations, not just increase their dependence on China. And there will be opportunities to do so since the BRI is made of many spokes that link to other countries.

For Oceania countries like New Zealand, the BRI can help them develop ties with other countries. Oceania can serve as waypoint, for instance, between Southeast Asia and South America, where countries are eager to join the BRI. China may finance port upgrades in New Zealand, for example, if it needs to import more Chilean copper and Argentinean beef to feed its economy. New Zealand, a major dairy exporter, could then use expanded shipping capabilities to export more milk to both Southeast Asia and South America.

Before attending the BRI summit in Beijing earlier this year as New Zealand's representative, Tertiary Education Minister Paul Goldsmith explained how the initiative could benefit his country: "Attending the first Belt and Road Forum will allow us to add a distinctly New Zealand voice and perspective. New Zealand's best interests lie in participating in international initiatives that have the potential to benefit our economy and society."

Australia, too, is now edging closer to the BRI for economic reasons. Despite two former deputy defense secretaries recently arguing that "China's aggressive policies and its use of coercion are grounds for concern," former Prime Minister Paul Keating subsequently defended growing economic ties between Australia and China. He stated his country has the potential to "lock into the fastest and biggest economy in the world," an implicit nod to such initiatives as the BRI.

Closer to China in the Association of Southeast Asian Nations, risks and rewards are much higher, but countries there can similarly promote projects that both benefit both China and themselves. This is easy to do since economic development in China's south depends on infrastructure links to mainland Southeast Asia. For this reason, China has for years been pushing to build a railway that would connect Yunnan Province to Laos, Thailand, Malaysia and Singapore.

While such a rail corridor would spur growth in Yunnan -- giving it access to global markets via the Gulf of Thailand -- it would also facilitate intra-ASEAN trade. And this would in turn spur intra-ASEAN investment from the more developed countries to the poorer ones. Thai companies, for instance, could produce goods more cheaply by manufacturing them in Laos, knowing they could then use the railway to sell the products in their home market.

All of this means that, although ASEAN countries would increase their economic ties to China, the bloc's internal trading and investment would also grow. If governments smartly incentivize companies, then such internal ties would proportionally grow more quickly than those with China, increasing ASEAN's autonomy.

It is worth noting that the BRI, as has been the case with other economic statecraft initiatives before it, may quickly become more independent than its architects envision. ASEAN itself is a case in point. Initially conceived in part to counter communism's spread, the Cold War's end has seen ASEAN become one of the leading blocs of neutrality in global politics. It is likely that some of the localized networks along the BRI's spokes will, within a generation or two, similarly become autonomous from Beijing's original plans.

The BRI offers opportunities, but also risks. As China promotes the project while the U.S. continues looking inward -- President Donald Trump's visit to Asia notwithstanding -- countries in the Asia-Pacific will naturally continue to be attracted to the BRI. They must take care, though, to ensure that joining it does not lead to an unhealthy dependence on China. They should use the BRI as a platform to develop localized trade networks that help both China and themselves. If they do so, they stand to benefit greatly.

What is clear is that simply ignoring the BRI is no longer an option, even for a country on the bottom of the world like New Zealand.

Nicholas Borroz is PhD Candidate at the University of Auckland, focusing on international business.