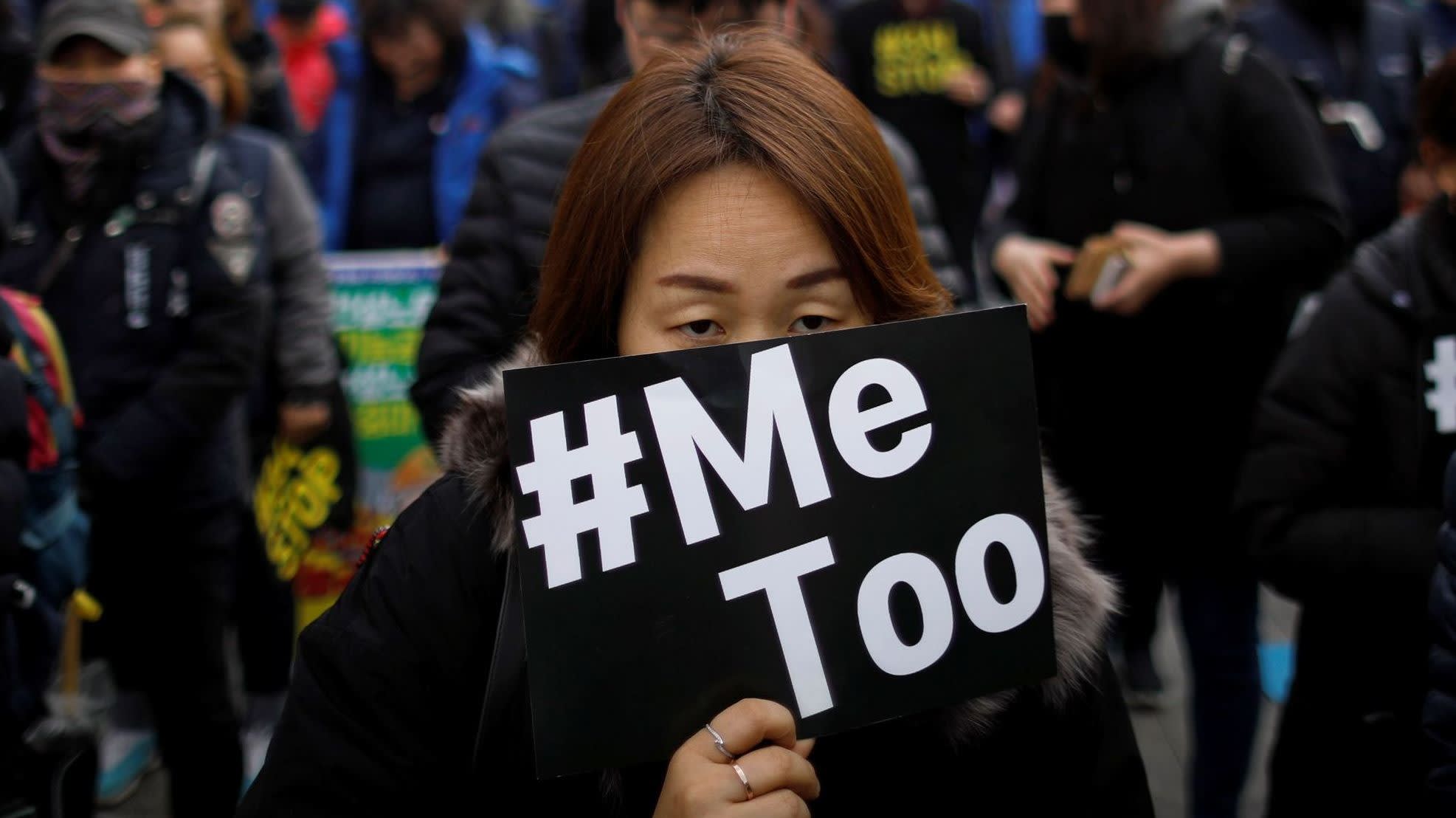 A recent online essay by a Chinese female factory worker at Hon Hai Precision Industry, also known as Foxconn Technology Group, lamented the systemic nature of the workplace harassment, tying it to a lack of rights awareness, a victim-blaming culture and a lack of an effective redress mechanism. [In a statement to the Nikkei Asian Review, Foxconn said it was investigating the allegations raised in the essay and would "take immediate corrective actions if any of the allegations are determined to have merit."]

The severe backlash faced by harassment victims in Asia who have gone public explains the relative dearth of #MeToo allegations in the region. In India, for example, a culture of shaming victims, societal myths around how "real" victims behave and misogynistic attitudes that judge a woman by her sexual purity have meant that survivors of sexual abuse are held to stricter standards than their predators.

Women who speak up face insurmountable costs, both personal and professional, whereas perpetrators' actions are often rationalized, distanced from criminal intent and wrongdoing, and eventually absolved. This imbalance pits survivors against perpetrators and the broader society at large, fueling the silent oppression of countless victims at the hands of serial predators. The Asian workplace has evolved, with more off-site meetings, overseas travel and greater engagement between junior and senior staff in informal settings. The professional is increasingly mixed with the social. In emerging economies that are growing rapidly but remain deeply patriarchal, this business model exposes those without power to particular vulnerabilities.

Rapid economic growth has not brought as rapid an embrace of the rule of law or genuine social equality. This has created an environment in which those in power expect favors from those who are weaker. Those low in the hierarchy in Asia are expected to comply to "give face," to obey and respect, and to show loyalty and dedication to earn goodwill in both professional and personal spheres.

Often run by patriarchs who are generally backed by all-male boards of directors made up of other family members, Asian businesses are microcosms of their societies. The bosses are accustomed to getting what they want, whatever it might take. In their world, the rules do not necessarily apply to them and when need be, they can pay their way out of trouble. Coupled with weak legal enforcement, courts are institutions of the last resort for many.

How can we transform Asian workspaces to tackle sexual harassment effectively? Given the complex and male-dominated power dynamics at work, a multi-pronged approach is required involving both top-down and bottom-up measures grounded in the realities of corporate and social life. While cultural contexts in the region are obviously diverse, patriarchy and misogyny are sadly almost universal and sustained by similar forces. There is nothing particularly unique in the manner in which these problems need to be addressed in this part of the world. It is simply a matter of enhancing transparency, accountability and visible enforcement.

First, companies must revisit their anti-sexual harassment policies and complaint mechanisms and critically examine any barriers victims face. A clear, well-defined corporate policy, protocols for full accountability and an independent complaint mechanism with confidentiality, transparency and an anti-victimization policy are imperative.

Second, victim support is essential. Procedures must be put in place to address the underlying barriers that undermine victims' willingness to take action, for example, by ensuring confidentiality in early discussions of potential complaints and informing victims of their rights. This puts the complainant in control of the process and can help facilitate timely and appropriate interventions.

Companies should look at allowing complainants to report anonymously especially where corroboration can be challenging. This can help to put a stop to patterns of harassment so that if another person comes forward regarding a repeat offender, the perpetrator can be readily identified and any prior incidents in the same institution can be corroborated and swiftly dealt with. In Asia, where many victims are deterred from coming forward by the significant backlash they can experience, this approach could play a significant role in empowering them to report abuse.

The effectiveness of this strategy can be seen in the advent of China's #MeToo movement. On Jan. 1, Luo Xixi, a computer scientist now working in the U.S., said in an open letter posted online that 12 years earlier, her doctoral adviser, Beihang University Professor Chen Xiaowu, had sexually harassed her. She was prompted to take this step after reading accounts of harassment by Chen from anonymous female undergraduates in an online chat forum. Her letter in turn led other students to speak out about Chen. With the complaints of Luo and five other victims, Beihang moved to dismiss Chen. Online discussion of the incident led to students similarly speaking out at Peking University.

Third, building the capacity for and practicing effective interventions to address harmful attitudes and actions will be key to institutionalizing a cultural shift toward dismantling systemic privilege and power and responding forcefully to sexual harassment. This will require all personnel to be trained to understand what constitutes sexual harassment and the legal and professional implications that flow from it. These protocols must be clear, known and applied.

Likewise, staff training can dispel patriarchal, misogynistic values and myths about women and victims of sexual harassment and violence which can lead to blame, shame or silence. This can ensure rights awareness and instill confidence that colleagues are aware of professional work standards and the consequences of overstepping boundaries.

Institutional change also requires that bystander intervention training be introduced, from the bottom to the top of the pecking order to ensure that inappropriate conduct is checked not only through complaints but also informally. When a colleague behaves inappropriately, others present can step in.

This serves an important educational function. Effective systems that inspire confidence require suitably trained individuals who are independent and do not have ulterior, professional or personal motivations for downplaying or ignoring complaints, especially among those serving as the first points of contact. These employees need to be sensitive and fully versed in the company's policies and complaints mechanism.

Finally, Asia must commit to rehabilitating perpetrators instead of just passing the problem on to the next employer. This requires accountability and a program for rehabilitation with professional assistance. Only a multipronged approach can address the myriad issues which undermine effective strategies to address sexual harassment given its roots in deeply entrenched patriarchal value systems.

Puja Kapai is an associate professor in the Faculty of Lawof the University of Hong Kong and convenor of the university's Women's Studies Research Centre.