Trump-Xi summit: For China, a tale of two Trumps

The Trump-Xi summit comes at an inflection point for the U.S.-China relationship. It will likely shape the tone and trajectory of the world's most important bilateral relationship, which is filled with a large degree of tension and uncertainty.

Regardless of the outcome of the 2016 U.S. Presidential election, U.S.-China relations would have been at a crossroads. The bipartisan consensus that has guided U.S. policy since Nixon's opening to China in 1972 has shattered. Chinese maritime assertiveness, intellectual property theft, and nationalist industrial and trade policies have tilted the part cooperative, part competitive relationship toward the latter. But U.S. President Donald Trump has added a large layer of uncertainty. His meeting with Chinese President Xi Jinping, he tweeted, would be "very difficult" because "we can no longer have massive trade deficits."

Well-placed sources tell me Xi has indicated to the U.S. that he seeks a "reset" of U.S.-China ties and will offer sweeteners (to rival or surpass the $150 billion or more that Japanese Prime Minister Shinzo Abe's promise to invest in the US and create jobs) to move Trump in that direction. Trump's reaffirmation of the U.S.'s "One China" policy and hosting Xi at his Mar-a-Largo private resort as he did with Abe, a key U.S. ally, gives Xi a huge political boost. Building a personal relationship between the two leaders, both trying to make their respective countries great again, can be important. Beyond the atmospherics, however, for Beijing, Trump's "America First" anti-globalism is an enormous enabler for Xi's "Chinese Dream" of Beijing becoming a leading world power, but at the same time puts the bilateral relationship at grave risk.

Trump's rejection of the Trans-Pacific Partnership has handed China the mantle of leadership in shaping an Asian trade architecture. Similarly, Trump's proposed budget cutbacks of U.S. contributions to the World Bank, International Monetary Fund and United Nations create a vacuum that will allow China to substantially raise its profile and influence in the post-World War II institutions. . Trump's rollback of former President Barack Obama's climate change policies leave China as a leading actor in the fight against global warming. And Trump will likely not press human rights issues with Xi, a staple for previous U.S. presidents.

But don't expect any "grand bargains." The Second Trump, the other side of his America First nationalism, is a challenge to Xi. Trade, at the top of Trump's agenda, will be a source of friction. Blaming China for U.S. job losses and promising to reverse them drew support from Trump's base of angry white middle-class voters, which was key to his election. A much-divided White House is preoccupied by efforts to take on what it sees as the China economic threat. U.S.-China trade totaled $579 billion in 2016, and the trade deficit with China came to $319 billion. Moreover, the U.S. business community, a cornerstone of support for the U.S.-China relationship, has become increasingly disillusioned, as China's own nationalist policies have increasingly limited access to foreign companies.

Bitter internal battles have erupted between realists, mainly the White House National Economic Council and U.S. Treasury Secretary Steven Mnuchin -- who are fearful of disrupting the world economy -- and "economic nationalists" such as White House advisers Steve Bannon and Peter Navarro. As a result, Trump has walked back many of his factually deficient complaints against China. The U.S. has not charged China as a currency manipulator, although Trump has threatened to impose a 45% tariff on Chinese exports. In fact, Beijing has spent more than $1 trillion over the past two years to prop up the yuan. There were even threats by the U.S. that it would withdraw from the World Trade Organization -- Navarro and Bannon argue that it was a mistake to allow China to join it.

Instead, Trump's more moderate advisers appear to have persuaded him that it would be more effective and less risky to pursue his grievances through existing mechanisms. Obama filed 16 anti-dumping cases against China and imposed tariffs of Chinese steel and aluminum.

Last week, Trump signed two executive orders on trade. One calls for a 90-day review of all trade, country-by-country and product-by-product, to determine if trade deficits are the result of dumping; the second calls for a similar review to determine if subsidies are a cause of U.S. trade deficits. The first would use Section 301 of U.S. trade law to more rigorously impose anti-dumping penalties; the second, would determine U.S. industries have been hurt and apply Section 201 tariff relief. Section 201 is more controversial, as it only requires determining if U.S. industry has been hurt, regardless of a trading partner's practices.

Another sign that Trump has backed away from his extreme views on trade is the decision not to tear up the North American Free Trade Agreement, but rather to update it. Ironically, the administration is looking to the TPP -- especially its digital commerce, labor and environment provisions -- for ways to update NAFTA.

Nonetheless, there are other substantive structural economic issues facing U.S.-China relations. Xi will undoubtedly push for granting China market status in the WTO, which the U.S. (along with Japan and the European Union) has opposed, as Xi has doubled down on support for Chinese state-owned enterprises. A more fundamental long-term issue is China's predatory industrial and investment policies, such as its "Made in China 2025" policy that seeks to limit foreign investment and build "national champion" companies in advanced manufacturing.

There is growing U.S. concern that Chinese companies have been actively seeking to buy up Silicon Valley tech companies. Support is already growing in the U.S. for tightening restrictions on Chinese investment in the U.S. on national security grounds, with legislation pending in Congress. Reciprocity is likely to be a major theme raised by Trump. The ideal mechanism to deal with reciprocity would be to complete the Bilateral Investment Treaty, but the administration is divided on whether it wants a BIT, which could increase U.S. foreign direct investment in China.

As difficult as the economic agenda appears, national security issues are likely to be no less contentious. The North Korea nuclear problem is at the top of the Trump-Xi agenda -- and Trump may try to link it to trade and threaten to sanction Chinese banks facilitating North Korean entities. But China is unlikely to agree to put more pressure on North Korea, and Trump risks a "blame game" if he presses Xi  to "solve" North Korea. China blames U.S. military threats and reluctance to negotiate with Pyongyang for the problem. Moreover, Beijing has strongly opposed U.S. deployment of the Terminal High Altitude Area Defense system in South Korea.

Xi will likely deliver warnings to Trump, as the U.S. is gearing up for a major arms sale to Taiwan. China's island-building and militarization of disputed South China Sea reefs and outcroppings has been strongly criticized by Trump's advisers. But China has completed construction and launched a diplomatic offensive neutralizing the Philippines, Malaysia and Thailand. China is also finalizing a Code of Conduct with the Association of Southeast Asian Nations that the U.S. supports, so the South China Sea issue may be downplayed.

Xi will arrive at Mar-a-Lago with a phalanx of Chinese businessmen willing to invest massively in U.S. infrastructure projects and economic cooperation to try rebuild economic cooperation. But unless China is prepared to reverse the trend of closing off the Chinese economy to foreign investment and commit to an agenda of reciprocity, the summit will likely be more important in establishing a rapport between the two leaders and setting a new agenda for Sino-American relations (for example, the Strategic and Economic Dialogue may be split into two) than in resolving lingering economic and political/security issues. 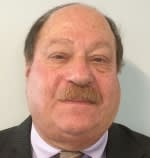 Robert A. Manning is a senior fellow of the Brent Scowcroft Center for International Security at the Atlantic Council and its Foresight, Strategy and Risks Initiative. He served as a senior counselor to the Under Secretary of State for Global Affairs from 2001 to 2004, as a member of the U.S. Department of State Policy Planning Staff from 2004 to 2008, and on the National Intelligence Council Strategic Futures Group. Tweet: @Rmanning4