China will navigate through Zimbabwe's troubles

Diplomatic dexterity enables Beijing to advance its interests around Africa 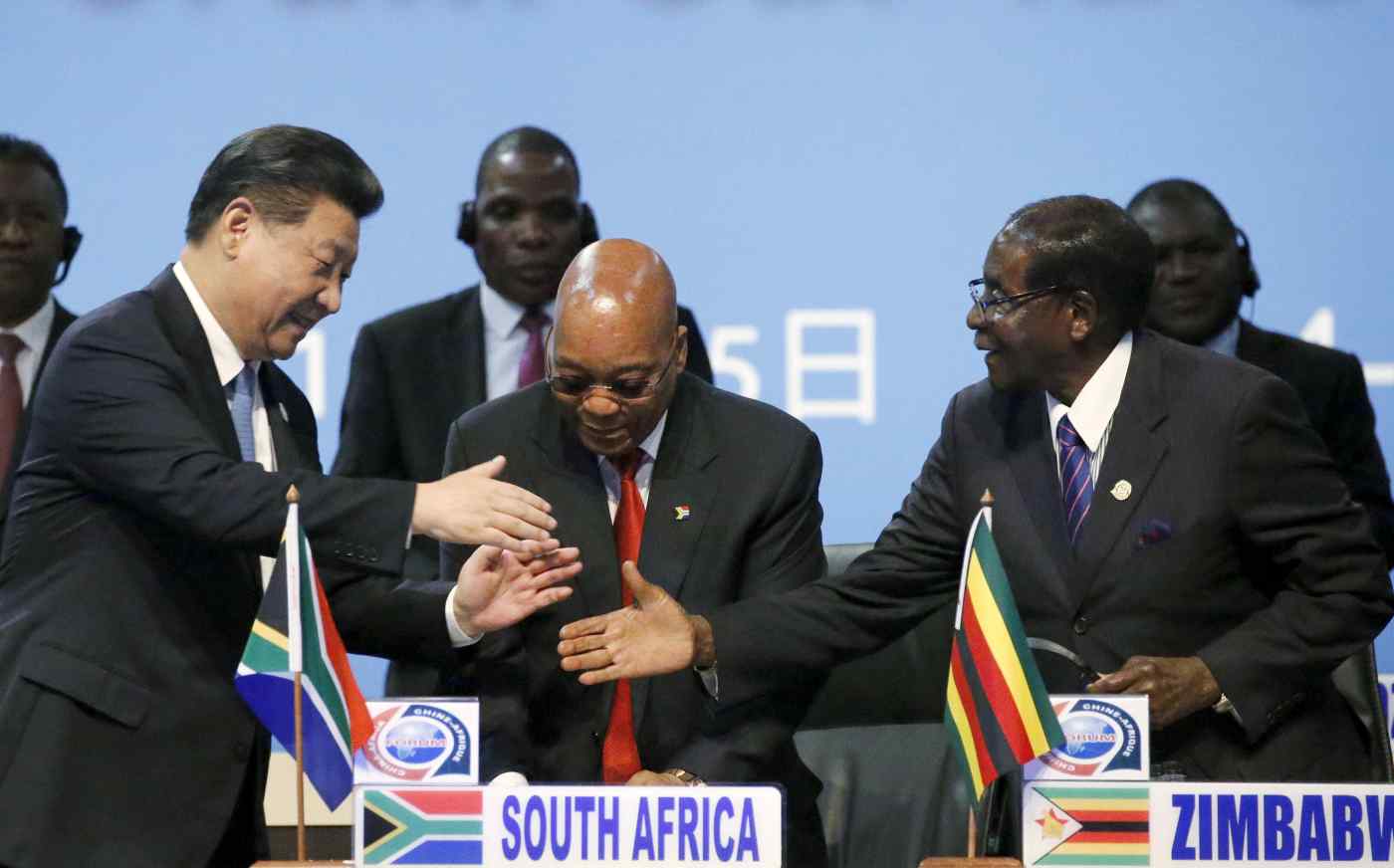 The speculation was not entirely baseless. Just days before the coup, Gen. Constantino Chiwenga, Zimbabwe's military chief, met with Chinese Defense Minister Chang Wanquan in Beijing. Although it was represented as a normal military visit, its timing was dubious to say the least.

While what was discussed may never come to light, the idea that Beijing was actively soliciting a military takeover is doubtful. The high risk of reputational damage, coupled with the comparatively low economic stakes China has in Zimbabwe, make it highly unlikely.

It is precisely its policy of non-interference that will continue to win China friends on the African continent. Foreign support for coups is nearly always inextricably bound to interest, usually of the financial variety.

China's economic stake in Zimbabwe is low compared with its interests elsewhere in Africa. Chinese companies have investments in the diamond sector, the hydropower sector and have recently pledged to revive the country's faltering steel industry. The Chinese also sell a substantial amount of military hardware to Zimbabwe. While China has been a top source of foreign investment for Zimbabwe in recent years, direct investment in the country through 2015 represented just $1.7 billion out of the $34.69 billion overall Chinese investment portfolio in Africa, according to data collated by the China Africa Research Initiative of Johns Hopkins University.

Chinese interests in places such as Sudan and Libya, both of which have also undergone regime change in recent years, are much greater. In Libya, where Chinese companies had invested more than $18 billion into the oil industry, Beijing's strategy following the overthrow of Moammar Gadhafi in 2011, was to immediately send out feelers to the new government to ensure that its investments would be secure.

During South Sudan's war of succession from Sudan, China gave its support to Khartoum. As a result, South Sudan was initially distrustful of Beijing after obtaining independence, but China was able to play a constructive role in mediating talks between Khartoum and the new government.

What China's behavior demonstrates is that it is remarkably pragmatic in how it deals with regime change. For a country sometimes perceived as ideologically dogmatic, China ironically has far fewer ideological hang-ups in terms of its foreign policy than many Western nations.

One need only look at the example of Zimbabwe itself, where Mugabe's encroachment on civil liberties was met with prompt sanctions from the West. China's only ideological Achilles heel is its sacrosanct "One China" principle, regarding its claim of sovereignty over Taiwan, which some African leaders have come up against. During his successful campaign to become Zambia's president in 2006, Michael Sata threatened to switch his country's diplomatic allegiance from Beijing to Taiwan. Beijing quickly responded with the threat of annulling all investments. When Sata finally assumed power, he rapidly reconciled with China.

While China has demonstrated diplomatic dexterity in terms of its African engagements, it should not be assumed that it is in the game of purely cynical mercantilism. If Beijing deposed African leaders it did not like, that would have detrimental consequences for its relations with other African states, which would quickly become mistrustful of its intentions. China's engagement in Africa favors a narrative of historical continuity, rooted in brotherly assistance provided during the period of liberation struggle.

From this perspective, Zimbabwe is an important ally. When Mugabe's requests for assistance from the Soviet Union during Zimbabwe's struggle for independence were rebuffed, he turned to China. ZANU-PF, Mugabe's erstwhile party, has been a close ally of the Chinese Communist Party ever since. This does not necessarily mean that Mugabe is particularly precious to Beijing.

In fact, some in China may be happy to see Mugabe go, not least because of the perpetual instability his leadership had engendered and the many bailouts that he has sought from Beijing. But Mugabe's exit does not, by any means, entail the exit of ZANU-PF, which Beijing will continue to support. In the event that the ruling party is booted out, China will quickly establish ties with whoever comes to power.

While China may not actively back regime change, it could still use the zeitgeist to its advantage. The situation in Zimbabwe remains unclear, but a new leadership may be very beneficial to Chinese interests, perhaps reversing the indigenization law that gave locals the right to take over foreign-owned companies and badly hurt Chinese investments in the diamond sector. Zimbabwe's fertile farmland could also be opened to Chinese companies.

Only time will tell. What is clear is that China has proven highly adaptable in engaging African regimes. This is one thing that the continent renowned for its instability can bank upon.

Ross Anthony is director of the Centre for Chinese Studies at Stellenbosch University in South Africa.