The leader who attacked globalism long before Trump 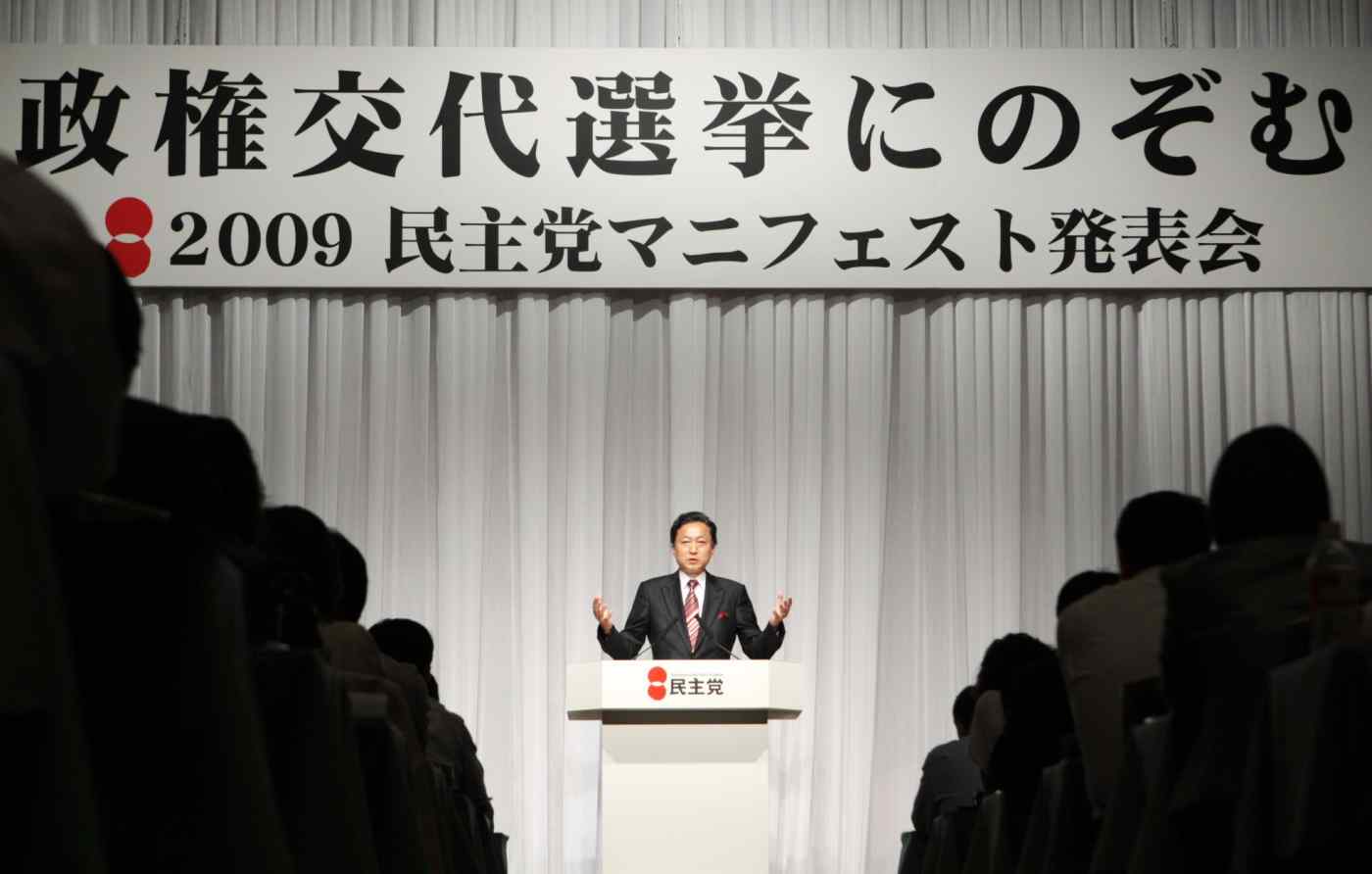 Yukio Hatoyama, head of what was then the Democratic Party of Japan, announces his party's manifesto in Tokyo in July 2009, prior to a general election.
CopyCopied

In an outspoken pre-election manifesto, the man who was surprisingly chosen to lead his country opined that "globalism has progressed without any regard for non-economic values."

He expressed his concern about an "active embrace of globalism and leaving everything up to the dictates of the markets."

He also stated that "our responsibility as politicians is to refocus our attention on those non-economic values that have been thrown aside by the march of globalism."

Even more pointedly, he argued, "Today, as the supranational political and economic philosophies of Marxism and globalism have, for better or for worse, stagnated, nationalism is once again starting to have a major influence in major countries."

Suffice it to say that this is probably not what the world was hoping for in the early 21st century: the new leader of a major country speaking out in favor of nationalism.

I am not speaking of or quoting U.S. President-elect Donald Trump, but rather of Yukio Hatoyama. Albeit briefly, he served as the first Japanese prime minister from the modern Democratic Party of Japan, from September 2009 to June 2010. The men's perspectives on what they regard as the vices of "globalism" are remarkably similar -- and I believe remarkably confused.

Choice of words does matter in global politics -- and so does the correct choice of key terms and concepts. This applies all the more if you are embarking on leading one of the world's largest economies. On the one hand, I actually find myself agreeing with many of the arguments and solutions Hatoyama outlines in his search for a better (and, presumably, "anti-globalist") world.

I certainly agree wholeheartedly that we must resist "the fundamentalist pursuit of capitalism" in which "people are treated not as an end, but as a means" -- and where "human dignity is lost."

And Hatoyama is spot-on when he finds that "people support the fabric of the local communities and are the physical embodiment of its lifestyle, traditions and culture." I sympathize as well with his appeal that the idea of fraternity can be "a force for moderating the danger inherent within freedom."

Why, then, is there such a divide between us? In my view, the answer is simple: His understanding of globalism -- much like Trump's -- is way off the mark.

To me, globalism is first and foremost the antithesis to nationalism. Globalism essentially stands for a profound effort to understand how, at its core, the world truly hangs together -- and what needs to be done to improve outcomes for all.

This also entails promoting the distinct benefits of a post-nationalist worldview. Nationalism is what ultimately brought us World War I.

Whoever attacks globalism and advances nationalism does the world, and his or her home country, a sincere disservice. Whatever globalism's potential pitfalls, the downsides of nationalism are only too well documented. They often end in a big disaster.

By engaging in an ongoing effort to understand and articulate the connections between issues, peoples, economies and societies, a globalist seeks to contribute to shaping a path rooted in advancing mutual understanding and respect, while soberly acknowledging not just differences of opinion but also action patterns.

This is not about some wishy-washy, do-gooder approach to life and one's own existence. Rather, it is a profound effort at understanding others, including one's competition and adversaries.

I assume that undertaking such comparative analyses is mandatory for anybody who wants to lead a nation. That is why I am so astounded that a new leader would profess to be such an anti-globalist.

True, this kind of globalism also entails the readiness to admit that one does not have all the answers. It ultimately means embarking on a lifelong journey of learning from one's own national base. And yes, there is a broader hope, if all goes well, to advance the cause of mankind in a comprehensive and balanced fashion.

Some, especially in the U.S., may not much like the idea of a global learning community. They may try to find every opportunity to belittle its validity, if not deny its existence outright.

To me, that is a truly curious, if not ultimately self-destructive, effort. After all, it is never smart to deny oneself the benefit of learning from others for one's own good.

For that reason, all those whose mindsets are rooted in the conviction of continuous, open-minded and open-eyed learning -- whether Buddhist, Confucian, Christian, Jewish, Muslim or agnostic -- are, in effect, in the globalist camp.

For all their differences, they are ultimately united in the goal of decoding what unites -- and also what still divides -- humankind.

Nobody has all the answers

Globalism never claims to have all the answers -- nor has it set a one-directional, deterministic agenda, as both Hatoyama and Trump falsely claimed. If anything, globalism is a journey and a process of discovery.

And as Hatoyama demands, it is a concept that is rooted in the notion of each individual's, community's and nation's dignity. But globalists also accept that it is probably not wise to close one's eyes to the integration process that takes place around the world on a daily basis, and that even reaches into its farthest nooks and crannies.

Shutting off the world is generally not wise for human beings. Modern life is about preserving valuable local, regional and national traditions, while open-mindedly adjusting to new realities in order to ensure the economic and social sustainability of local customs and culture.

These days, stopping the world is simply not possible, even for the most passive or local-minded of people. If nothing else, the globe-spanning effects of climate change will see to it that any such effort is pure illusion.

The most successful nations and communities will be those that work most actively and imaginatively at integrating the six poles of everybody's existence -- the individual, communal, local, regional, national and the global.

I always believed that the U.S. was a leader, and an active agenda setter, in that regard. In fact, I still do.

I just think that Donald Trump ought to reconsider his confused way of equating globalism with market fundamentalism -- and pretending "Americanism" is the end-all and be-all.

It is remarkable to see how much intellectual debt the incoming U.S. president owes to Hatoyama. Both men are culpable of using globalism as a bogeyman. It is not "globalism" that has wreaked havoc, but unrestrained corporate capitalism.

Stephan Richter is publisher and editor-in-chief of The Globalist, a daily online magazine based in Berlin and Washington.