The country must reverse course to resume political and economic progress As it marks the 20th anniversary of being at the epicenter of the Asian financial crisis, Thailand and its notoriously squabbling elites have plenty to ponder. The country has had many chances to emerge as a vibrant democracy and a developed economy. But its political trajectory has deteriorated into a military dictatorship, while its growth story has lost luster.

This was not where many imagined Thailand would be when it was experiencing years of giddy growth and promising democratization. Unless it can find the will to achieve a new political compromise and consensus in the next several years, the cold reality is that the country may well enter long-term stagnation and decline, despite its favorable market size and geographical location.

Thailand has spent three lost decades failing to achieve its full potential. The first was the decade prior to 1997, when the Thai economy was one of the fastest-growing in the world, expanding by more than 7% annually, with three consecutive years of double-digit expansion in the late 1980s. But during that same period, Thailand's long-insulated macroeconomy, which traditionally had been managed by technocrats, became politicized and captured by vested interests, while growth was based on excessive foreign debt.

An ambitious strategy to turn the Cold War battlefields of Indochina into a Thailand-centered marketplace and financial hub went awry as "hot money" flowed into the Thai economy. By the mid-1990s, the combination of a fixed exchange rate, capital inflows and inflexible monetary policy in an open economy caused macroeconomic management to go into a tailspin. When the bubble burst, it resulted in a perversely perfect crisis, with shoddy economic policies on one hand and corruption and cronyism on the other.

The second lost decade began in a hopeful manner when the Thai people, emerging out of the rubble of a ruined economy, managed to produce a reform-minded constitution that promised to take Thai politics to a higher level, away from the gutter of patronage and graft. In reaction to a vicious cycle of corruption, coups and constitutional upheavals, the 1997 constitution was equipped with check-and-balance mechanisms and independent watchdog institutions to promote transparency and accountability. Notwithstanding early anti-corruption successes, it ran into the political juggernaut of Thaksin Shinawatra and his party machine, which remained the undisputed champion of Thai elections into the 21st century.

Inevitably, Thaksin became a monopolist in politics in the same way that he had dominated the telecommunications business. This undermined the country's fledgling democracy and posed an existential threat to established centers of power. All that was good in the 1997 constitution was eventually stymied, manipulated and co-opted. A military coup that ousted Thaksin in September 2006 marked the end of a second wasted decade in which democratic consolidation was not achieved.

The third squandered decade extended from the first anti-Thaksin coup to May 22, 2014, when a putsch staged by the same clique of army generals behind the 2006 takeover dislodged the government of Yingluck Shinawatra, Thaksin's sister. The latest coup, the 13th in 85 years of constitutional rule, was unlike the others.

Led by Gen. Prayuth Chan-ocha, who subsequently became prime minister, it was meant to act as midwife to a royal succession and to re-establish a bureaucratic state, benefiting the interests of the military and officialdom at the expense of elected representation. With the death on Oct. 13, 2016 of King Bhumibol Adulyadej, who reigned for seven decades and presided over Thailand's modernization from an agrarian backwater to a postindustrial concrete jungle, the generals took no chances by assuming direct control.

Thailand is in a precarious limbo after three years of military government. King Bhumibol was so popular and earned so much moral authority from his personal nation-building projects that his stature cannot be replicated by his son and successor, King Maha Vajiralongkorn. As the monarchy remains in an inchoate state under the new king, the ruling generals have taken matters into their own hands by using a rubber-stamp legislature and a pliant drafting committee to introduce a new constitution, which replaces another military-backed version introduced in 2007. The 2017 constitution, Thailand's third in 20 years, marks a reversal of the 1997 charter and represents a throwback to Thailand's undemocratic past by creating a tightly controlled legislative system.

The new constitution allows a 250-member senate appointed by the military to block laws passed by an elected lower chamber. The generals will need only 126 of the 500 lower house lawmakers for a simple majority in the two chambers voting together. That will be enough to win key votes and to select the next prime minister after a parliamentary election expected in the second half of 2018.

Prayuth's military regime has also mandated by law that the new government must follow strategic development programs it has put in place for the next 20 years. The military, in other words, will supervise Thailand for the foreseeable future, while elected representatives are to be politically marginalized.

The aim of the generals may be to ensure the survival of the monarchy whatever happens. But problems lie ahead. Without accountability and popular legitimacy, the generals have been accused of corruption and graft. They have tilted Thailand's foreign policy toward China, which has eroded the traditionally deft Thai approach of maintaining balance between major powers.

So far, the junta has been careful not to harm dissidents physically, although hundreds have been harassed, in violation of their civil rights. If the generals become more heavy-handed and violent, popular protests may ensue. Angered by the political entrenchment of the generals, Thaksin's Pheu Thai party and its nemesis, the Democrat Party, could unite in a civilian front to oppose the military.

The relationship between the junta and the new king remains uncertain. Trying to save the throne at all costs could upset the traditionally symbiotic ties between the military and the monarchy. And factionalism always lurks within the army's ranks. If the junta makes mistakes, Prayuth and his cohorts, particularly his deputy and defense minister Gen. Prawit Wongsuwan, could be overthrown.

However, Thailand may have a fourth decade to get its house in order. Its average economic growth rate in 1999-2016 was 4%, but between 2011 and 2016 growth slowed to 3%. This is the new normal for the Thai economy, suffering from an unsettled political environment, but underpinned by its role as the natural anchor for development in mainland Southeast Asia. In the long term, 3% growth may not be enough to satisfy local expectations, and the rate could slow further as regional competition intensifies. But if political stability returns, the economy could expand by 4-6% annually over the next decade.

Thailand needs to cultivate some type of power-sharing arrangement between military and civilian leaders after the election, with the monarchy playing an accountable constitutional role. If such a compromise solution emerges, Thailand will be on the right track. But if there is a continued effort to centralize power under a winner-takes-all mentality, the country could face another lost decade and share the fates of Myanmar and the Philippines, which were bright stars in the 1950s and 1960s before dimming into stagnation. 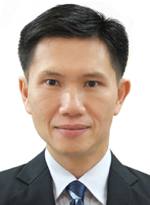