Can Vietnam avoid a crash this time? 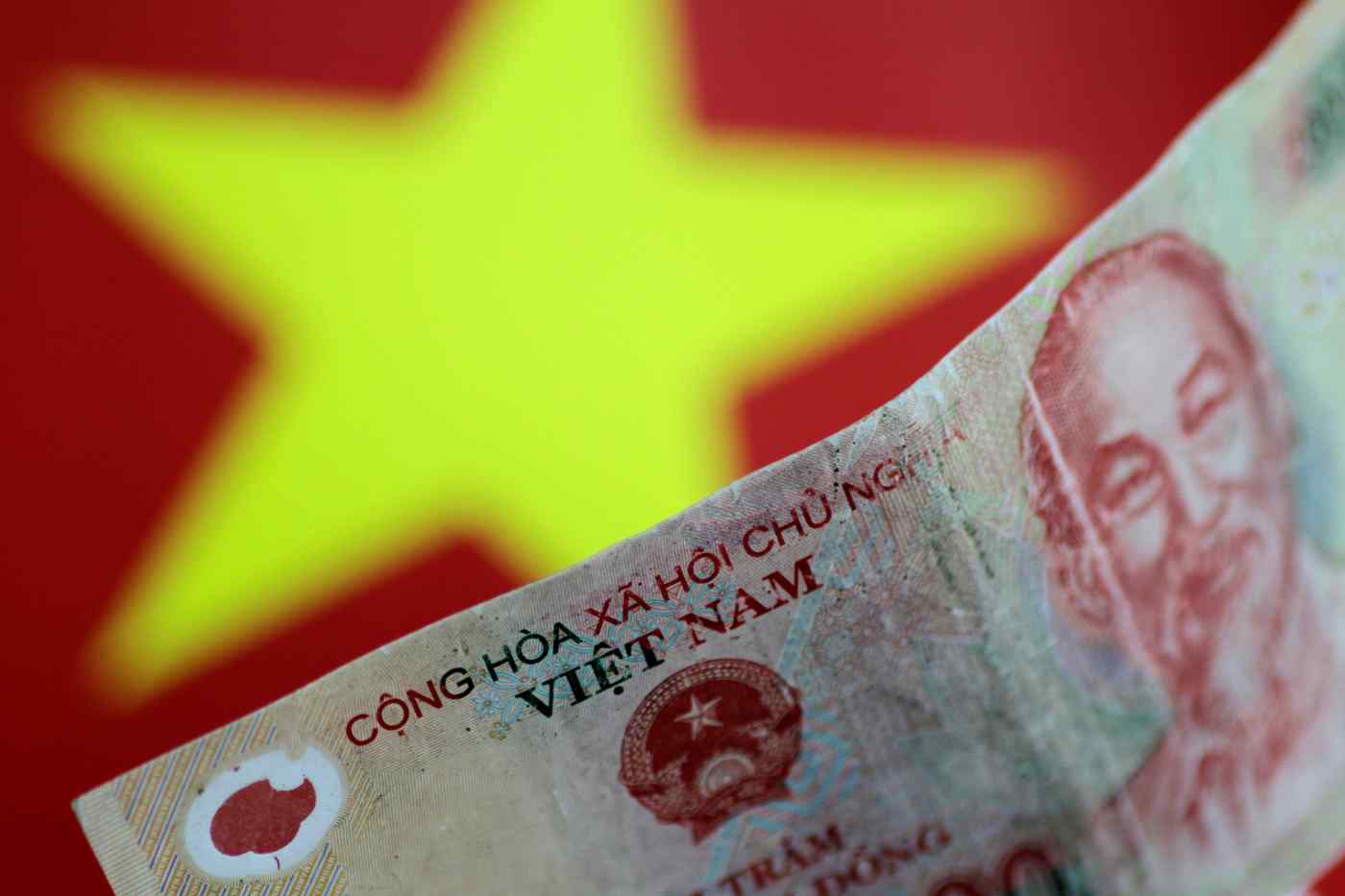 Vietnam has the advantage of a high economic growth rate to cushion against disruptive effects of much needed reforms.   © Reuters
CopyCopied

Vietnam's China-beating economic growth rate is the envy of Asia, as neighbors struggle to keep up with its 7.4% pace. That does not mean officials in Hanoi should be sleeping easy.

On the surface, the nation of 95 million people is on a tear: Its growth rate also tops India, Indonesia and the Philippines. Exports surged more than 20% year-on-year in both September and August, while manufacturing activity rose nearly 13% in the first nine months of 2017. But there are hints of froth beneath. Credit growth is surging at a 20% pace year-on-year and pledged foreign direct investment jumped 34% in the nine months ended September.

Long-time Vietnam observers know how quickly sentiment toward the $220 billion credit-fueled economy can change. Investor views tend to swing wildly from irrationally bullish to implacably negative, with few stopping points in between. And with good reason, as Vietnam does indeed tend to boom and crash every five years or so -- in 2013, 2007, 2001 and 1997. The question is whether things will be different this time or should investors brace for a coming cyclical bust.

One worrisome sign: Prime Minister Nguyen Xuan Phuc in August prodding the central bank to bring down banks' lending rates to boost business activity. That came a month after State Bank of Vietnam shocked markets with its first official interest rate cut in three years. Quarter percentage-point cuts in both the refinance rate -- to 6.25% -- and the discount rate -- to 4.25% -- are feeding credit risks in a nation dealing with a bad debt-hangover from the previous bust. Inflation may be ticking up, too. The consumer price index rose an annualized 3.4% in September compared with 2.52% in July.

"Credit booms on the scale that Vietnam is experiencing are not sustainable over the long term," notes Gareth Leather of Capital Economics. As a result, he concludes, "risks are building" and "we are increasingly concerned by the rapid increase in debt."

Phuc's team can avoid the predictable next step -- a financial reckoning -- by surprising investors with some serious structural reforms. Hanoi should stop, for example, focusing single-mindedly on attracting foreign capital and factories and more on strengthening financial institutions. That would give Phuc's technocrats greater confidence to liberalize the capital account, increase transparency, get the state out of the private sector, make industry more competitive and companies more shareholder-friendly and curb the shadow-banking system. Bold structural reforms are needed to make productive use of capital inflows and slow the pendulum's swing toward trouble. Yet Hanoi tends to shelve retooling efforts when the good times return -- like now.

Granted, Hanoi has done some heavy lifting to overhaul the banking sector. In 2013, the central bank created the Vietnam Asset Management Co. to take bad loans off bank balance sheets. Seventeen percent of loans were classed as nonperforming at that time. Now the official ratio stands at about 3%. Even so, as Moody's Investors Service warns, there are few guardrails in place to avoid another credit binge that goes bad. In May, for example, Moody's said Vietnam's banks "will face capital shortfalls over the next 12-18 months, and that such a situation continues to represent a key credit burden for the industry."

"Successful management of NPLs in Vietnam is essential while remaining vigilant to NPL flows," says World Bank economist Jennifer Isern. The key, she says, is "strengthening lending practices and financial sector oversight to prevent an accumulation of NPLs."

Like China, Vietnam is often seen as a no-brainer for investors. With 21% of the population under 15, low labor and land costs, a lively tech scene and close physical proximity to China, no one doubts the Vietnamese will be rich someday. The "when" is debatable. What is not is the "how" it will get there. It is following China's export-led model, with its heavy reliance on state-owned giants and infrastructure projects. Even so, it is time Hanoi tried something different.

Why not nurture young entrepreneurial energy and ease up on Beijing-like censorship and crackdowns on dissent? Hanoi should modernize a daunting tax system, raise investments in education to strengthen human capital and accelerate anti-corruption efforts. In Transparency International's latest corruption perceptions index, for example, Vietnam (ranked 113) trails Guyana and, of course, 79th-place China. If Hanoi does not work rapidly and deliberately to hone its economic software, it could fall to the so-called middle-income trap that affects all many emerging nations as incomes stall out at or below $10,000 per capita head on a purchasing-power parity basis (Vietnam's is around $6,000).

Phuc's team must accelerate job growth to make use of its demographic dividend. The first priority: reducing the role of the state so that the private sector can create new jobs from the ground up. That would increase the ranks of the middle class, boost tax collections and increase social stability and economic mobility. Phuc must harness this year's China-beating growth rate as a cushion to accelerate steps to open markets wider to foreign ownership, privatize state enterprises and work with Japan and others to keep the Trans-Pacific Partnership alive as Donald Trump's America turns inward and threatens trade wars.

Only by getting the foundations right can Vietnam hope to keep Intel, Samsung, Unilever and other multinationals, which have invested in the country, to engaged further in its economy -- and stop that pendulum from swinging back.