US tariffs hark back to lost 1980s world

"No one will emerge as the winner in a trade war." This was Xi Jinping's pitch in January 2017 to the masters of globalization in Davos, Switzerland. There, China's president promoted his economy as an alternative to an America turning inward.

Fourteen months on, Donald Trump is proving Xi right. On March 2, President Trump borrowed from a script more befitting Indonesia and Malaysia than the world's biggest economy. Trump's 25% tariff on imported steel -- and 10% on aluminum -- will delight his base, but comes at the expense of global growth and the trust of Washington's few remaining allies.

While aimed at China, this protectionist move may also hit Canada, the European Union, Mexico and South Korea. And, as President Xi's government points out, American consumers as higher prices boomerang back their way. Hence the more than 400-point drop in the Dow Jones Industrial Average after the announcement.

In Trump's past life as a property mogul, it was all about location, location, location. When it comes to geopolitical trolling, it is timing, timing, timing. The move came in the same week that Xi persuaded the Communist Party to make him president indefinitely -- while his top economic envoy was in Washington. It coincided with a fresh torrent of bad news stories concerning investigations of Team Trump allegedly colluding with Russia. How better to shift the spotlight?

The timing could not be worse for Asia. China's debt-fueled economy, on which the entire region is counting, could be knocked off balance by an escalating Trump trade war. The roughly 6.5% annual growth China is enjoying masks frailties below the surface. One example: manufacturing activity suffered its largest drop in six years in February. Beijing's official gauge is now at 50.3, on the verge of sliding below the 50-point mark denoting contraction. 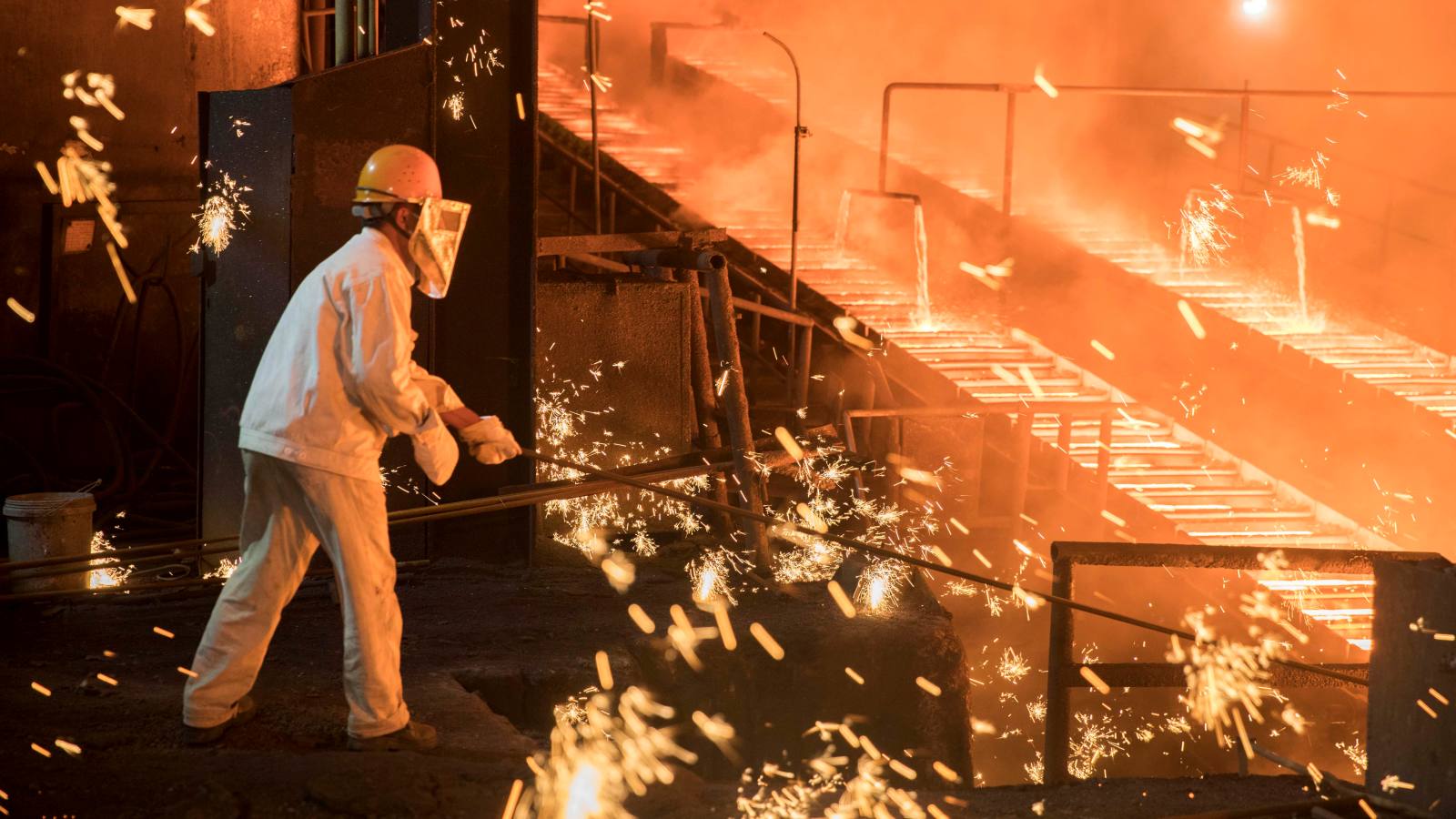 Trump's weak dollar policy is another headwind. On Jan. 25, Trump's Treasury secretary, Steven Mnuchin, declared dead Washington's 23-year-old preference for a strong currency -- much to the horror of Shinzo Abe's Japan, too. The yen's surge of nearly 6% so far this year could give risk-averse Japanese executives even less confidence to fatten paychecks to defeat deflation once and for all.

Asian leaders might be tempted to label Trump's America a currency manipulator. But the real fireworks may be yet to come.

Some press reports depict a White House in chaos, and a paranoid president desperate for wins of any kind. With prospects of passing legislation limited, that means signing executive orders to change the narrative and make Washington's trade advantage great again. That increases the odds Trump will make good soon on threats to impose tariffs of between 35% and 45%.

History is not Trump's strong suit. Otherwise, he would grasp the disaster that was the 1930s Smoot-Hawley tariff bill. Instead, the White House is the scene of a brawl between Trump advisers Gary Cohn and Peter Navarro. The former is a Davos-friendly Goldman Sachs alumnus thought to be one of the adults in Trump circles; the latter a firebrand who titled a 2011 book he co-authored "Death by China" and is girding for A commercial battle.

Navarro appears to have the upper hand in ways that could wreck Asia's 2018. His hyperbolic view of China plotting to hoard "our most basic of all needs -- bread, water, and air" caught candidate Trump's attention. Now, this carnival barker with a Ph.D has Trump's ear at a crucial moment. The U.S. exit from the Trans-Pacific Partnership bore Navarro's fingerprints. The same goes for Trump dragging America down the same predatory trade route he accuses Beijing of taking.

Washington does have some valid gripes about China. Beijing's policy of forcing foreign companies to surrender intellectual property is ripe for discussion. So is the fact that U.S. companies do not just compete with mainland ones, but with a Chinese state liberal with its subsidies. Beijing's addiction to credit, China's appalling pollution and its dismal human rights record are of course worthy of censure. But targeting China's currency and trade surplus is more bombast than sage strategy.

In a recent Brookings Institution report, Ryan Hass makes two points that seem to elude Team Trump. One is that "Xi gains politically in Beijing by standing firm against U.S. pressure and punching back against punitive measures." The second, Hass writes, is that "historically, China has always retaliated proportionately to U.S. trade actions."

Xi may have just become president for life, whereas Trump will be lucky to finish his four-year term. Count the ways Xi could retaliate: exit taxes on goods made in China that devastate Walmart, Apple and General Motors; a sharp yuan devaluation; dumping $1.2 trillion of U.S. Treasuries; cancelling Boeing orders and eliminating 180,000 U.S. jobs overnight; halting soybean imports, slamming the Mississippi and Missouri economies; limiting trade in everything from beef to pharmaceuticals.

That would certainly be a Pyrrhic victory that wreaks havoc with markets. But bad decisions tend to follow when two proud nationalists who each think they are going to play the other for a fool square off.

At the moment, Xi is getting the better of Trump's America. Reneging on the TPP increased Xi's bargaining position and left Tokyo feeling some buyer's remorse. Pulling out of the Paris climate accord allowed Beijing to assume the mantle of global leadership. Erecting walls around America cedes greater influence to Xi's "Belt and Road" and Asian Infrastructure Investment Bank schemes.

Trump, in the meantime, risks an epic own goal by gambling that the route to increased U.S. wages runs through action against Beijing. With the imposition of tariffs, giant tax cuts and a weaker currency, Trump is endeavoring to recreate the U.S. economy that existed in 1985. It was a nostalgic moment, back in the days when Washington could bend the developing world to its will. As Trump drags the U.S. backward and reopens coal mines, Xi is investing trillions of dollars preparing for the world China will encounter in 2025 -- one dominated by batteries and other renewable energies, artificial intelligence, robotics and self-driving transport.

In early 2017, around the time Xi was dazzling Davos, Mnuchin was asked how the Trump administration would position the U.S. for the automation and AI disruptions sure to eliminate millions of jobs. Mnuchin's response? "Not even on my radar screen," adding that such risks are "50 or 100 more years" away.

What very much should be on Trump's radar is how a trade war he starts could derail the global economy. It is ironic. For all his distaste for Xi's communist  party, Trump is reading from the same growth-at-all-costs-equals-legitimacy script.