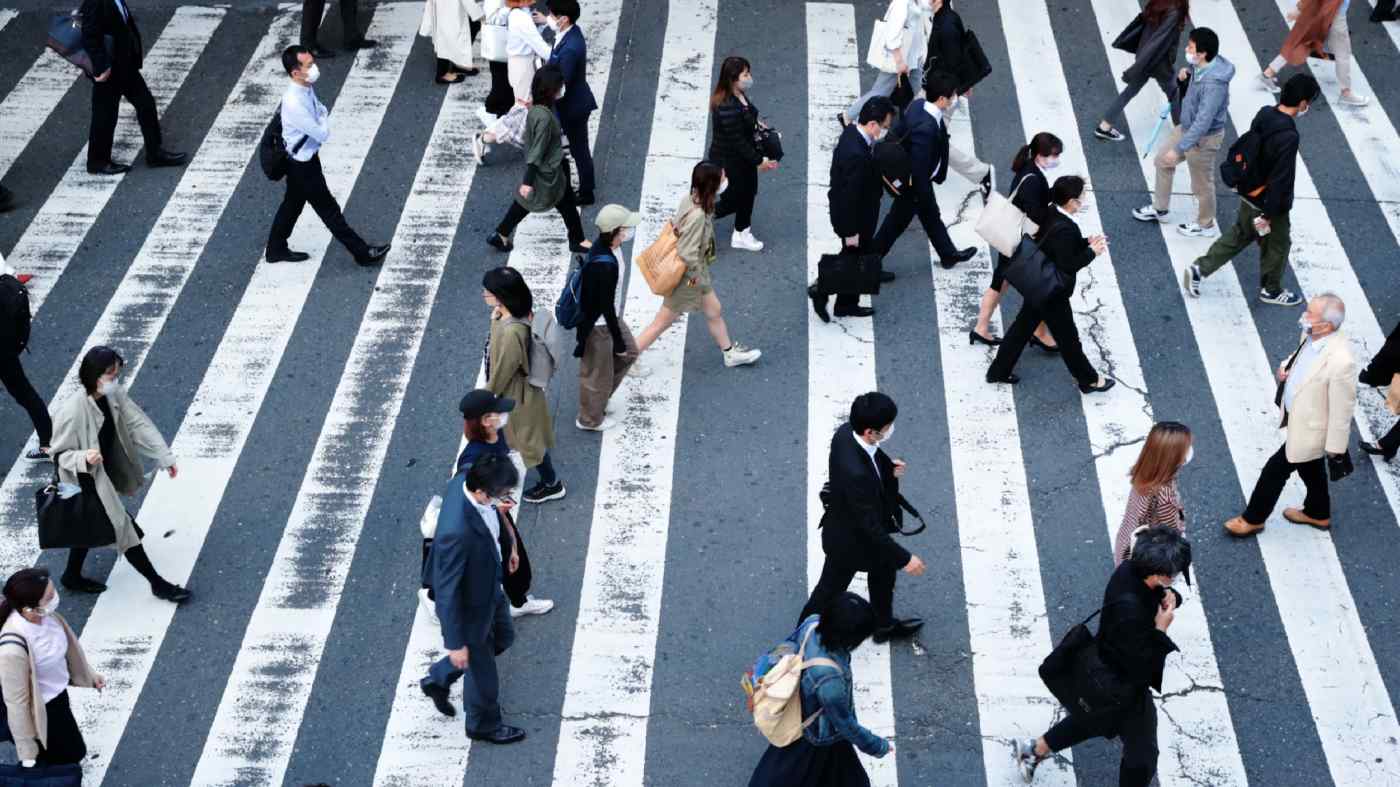 Morning commuters in Osaka in May 2020. Real wages posted their biggest fall in more than seven years in October.
December 6, 2022 11:45 JST | Japan
CopyCopied

An improvement in consumer spending, which accounts for more than half of the economy, is seen as vital for the nation's economic growth. Accelerating inflation, however, propelled by a weak yen amid a tepid recovery in wages cloud the outlook.

The nation's real wages posted their biggest fall in more than seven years in October on relentless inflation, separate data showed on Tuesday.

"Consumer spending will likely stay solid within this year as normalization of social and economic activities progresses, though there is some impact from higher prices on the spending," said Koya Miyamae, senior economist at SMBC Nikko Securities.

He also said the impact of price hikes would prevail next year while the spending recovery was seen slowing.

"We expect wages will rise to some extent next year but consumer inflation is forecast to stay around 2%," he added. "The faster pace of inflation than that of wages will also weigh on the spending."

From the previous month, spending increased 1.1%, rising for the second straight month. Analysts had expected 1.5% growth for the month.

Consumption was also supported by the government's travel subsidies to revive the tourism industry, which is starting to recover from a slump caused by the COVID-19 pandemic.

But broadening price hikes in daily necessities and household goods could prompt consumers to rein in expenditure.

Core consumer prices grew 3.6% in October, taking inflation to a 40-year peak, driven by a weaker yen and higher import costs. While core consumer inflation exceeded the Bank of Japan's 2% target for the seventh straight month in October, weak wages and services prices have kept the central bank cautious about withdrawing stimulus.

Japan's real wages, a key indicator of consumers' purchasing power, dropped 2.6% in October from a year earlier, the sharpest contraction since June 2015, data by the labor ministry showed.

Rising prices of food and energy costs and an increase in coronavirus infections also hit consumer sentiment in November. The nation's consumer confidence index dropped last month to the lowest since June 2020.

Japan's economy unexpectedly shrank an annualized 1.2% in the third quarter, falling for the first time in a year, hit by inflation and the global economic slowdown. Analysts expect the economy to rebound an annualized 3.1% in October-December, according to a Reuters' poll taken late last month.

To offset the pain from rising inflation, the government compiled in October a 39 trillion yen ($285.4 billion) economic package, which was backed by an extra budget of 29 trillion yen.