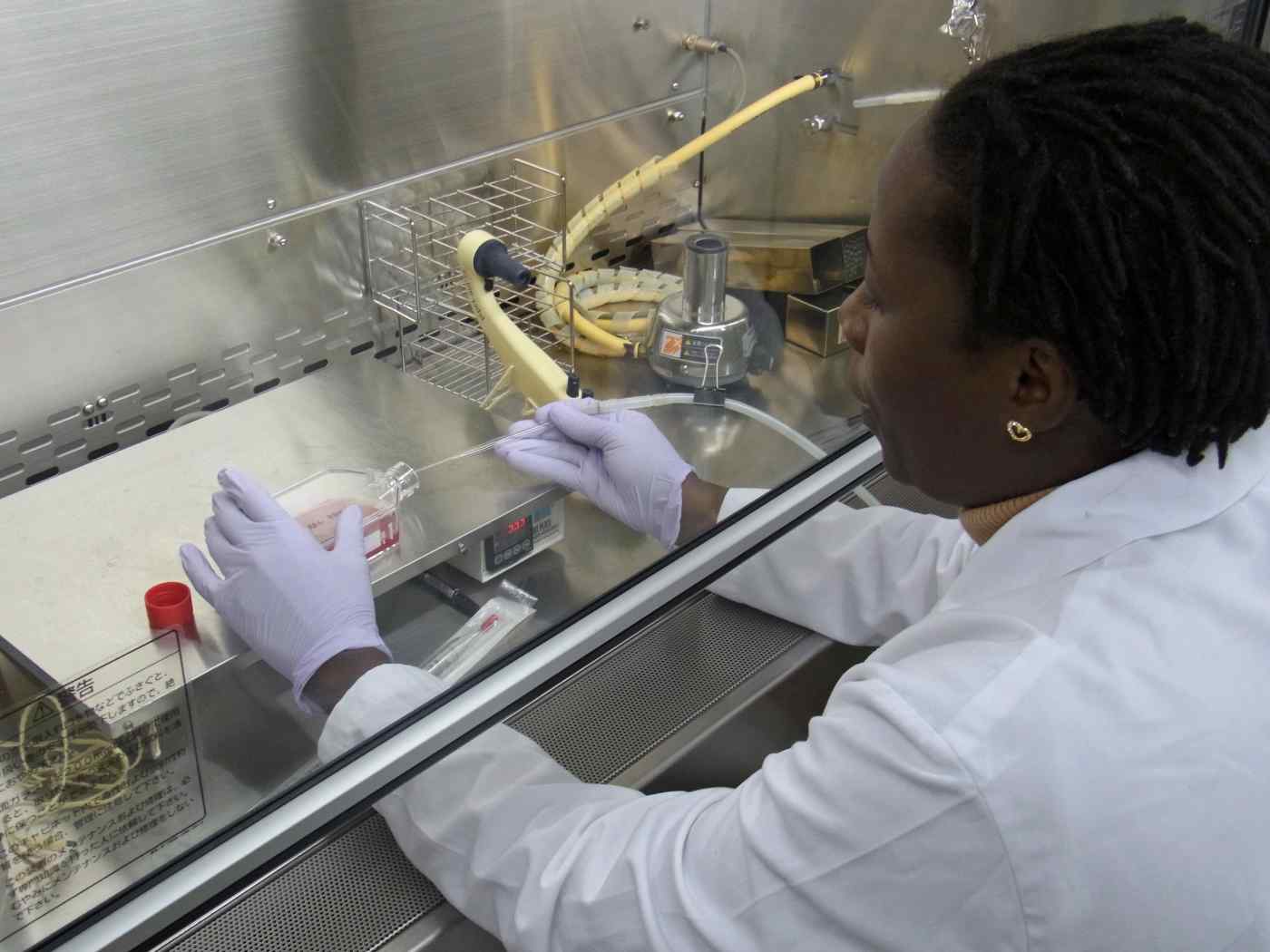 OSAKA -- Two universities in western Japan are making strides in the race to vaccinate against malaria, a mosquito-borne disease that sickens millions in Asia and Africa every year.

The Ehime University Proteo-Science Center is armed with something called a wheat germ cell-free protein synthesis system. The center is using the newly developed system to synthesize proteins based on a study of 23 malarial parasite genes. It will then test how antibodies made from these proteins work against the parasite.

CellFree Sciences, a biotech venture affiliated with the university, plans to mass-produce candidate proteins and supply them to the PATH Malaria Vaccine Initiative in the U.S., where they will be used in animal studies. The goal is to select the most promising candidate vaccines by October 2015 for further development in clinical studies.

Meanwhile, a team at Osaka University has begun clinical trials with substances that enhance a malaria vaccine currently in development. In tests on monkeys, a substance called an adjuvant increased antibody production roughly tenfold. Although the vaccine will not completely prevent infections, professor and team leader Toshihiro Horii projects a 90% drop in the number of people who develop malarial symptoms.

In a clinical trial in Uganda, 70% of the 66 people who received the vaccine have not developed malaria even after a year.

Both university efforts are funded in part by the Global Health Innovative Technology Fund. This public-private partnership was set up last April by the Japanese government, pharmaceutical companies and the Bill & Melinda Gates Foundation.

Malaria is one of the world's three most devastating infectious diseases, alongside HIV and tuberculosis. The threat is mainly in Africa, but it also affects many in Asia. Hundreds of malaria-related deaths were reported in India, Indonesia and Myanmar in 2012, according to the World Health Organization.

The malaria parasite's ability to rapidly develop resistance to drugs makes the need for a vaccine all the more urgent. Another factor to consider is that nascent economic opportunities are drawing businesses to regions where malaria is common, exposing more people to the disease. And climate change raises concerns that malaria's global reach could expand.

The quest for a vaccine, which began in Europe and the U.S. in the 1970s, has been fraught with difficulty. A big breakthrough occurred in 2002, when a team of scientists in Britain and the U.S. cracked the code of the malaria genome.