Back to the future: Restarting Japan's nuclear power plants

Applications from utility companies to restart many of Japan's nuclear power plants are now being considered by regulators. Prime Minister Shinzo Abe and his government have stated their support for these applications, provided regulators find that safety can be assured. As a seismologist who lives in Japan, I find some aspects of this ongoing process to be troubling. 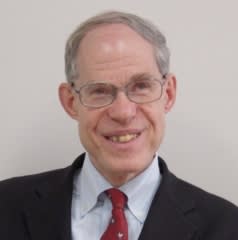 First, in the three years since the Fukushima Daiichi accident we still haven't fully learned what went wrong or how to avoid the recurrence of similar problems. Tohoku Electric Power allowed full access to an international team of engineers who conducted a walkdown (a detailed inspection) of its Onagawa plant and agreed in advance to allow publication of the conclusions, whether positive or negative (in fact they were positive). In contrast, Tokyo Electric Power, known as Tepco, hasn't provided outside experts with enough access to its plants. Conducting a walkdown at Fukushima Daiichi might be more difficult because of the ongoing efforts to cope with the accident, but this should still have been doable at some point in the past three years, and should also have been done at Fukushima Daini and other Tepco plants.

Second, the government's position is that regulators should make the call on whether it's "safe" to turn a nuclear power plant back on. This sounds good -- after all, we want engineers, not politicians, to make technical decisions -- but actually it obscures a vital issue. Unfortunately, there's no such thing as a "maximum earthquake" or "maximum tsunami" -- that's just not how the Earth works. Each plant must be built to withstand specified levels of earthquakes and tsunamis, which we call the "design basis." As the design basis is increased, the probability of an earthquake (or tsunami) in excess of it decreases (and the costs to the plant operator, and ultimately to the consumer, increase) but no matter how large we set the design basis there will always be some non-zero probability of an event in excess of it. The ultimate decision on what risks are acceptable and what risks are not is inherently political and should not be tasked to regulators. The present system creates a moral hazard. It should not be possible for the government and plant operator to shrug off responsibility for nuclear accidents by saying, "Sorry, sotei-gai" ("unexpected" or "unforeseeable"), as they did after Fukushima.

Third, in my opinion Japan's regulators are placing too much emphasis on the issue of so-called "active faults" near nuclear power plants, while at the same time they are not paying nearly sufficient attention to the tsunami issue, especially on the Sea of Japan coast. Priorities are exactly the opposite of what they should be. Large tsunamis on the Sea of Japan coast hit Akita Prefecture in 1983 and Okushiri Island, off Hokkaido, in 1993. And a large tsunami in 1026 in Shimane Prefecture has been confirmed by geological studies. All nuclear power plants anywhere on the Sea of Japan coast, from Kyushu to Hokkaido, should, at a minimum, be required to be able to withstand a tsunami considerably larger than the 1993 Okushiri tsunami.

Fourth, in view of the large liabilities faced by Tepco for the Fukushima accident, and the need to thoroughly reshape Tepco's safety culture, it seems highly desirable for the government to fully nationalize Tepco and bring in new management, as was done successfully with JAL several years ago. After breaking up the company into a sustainable part and a Fukushima clean-up part, the former could eventually be reprivatized.

Finally, if the government does decide to approve the restart of one or more nuclear power plants, this should and must be done with the understanding that there is some non-zero risk of an accident. It should prepare now for emergency countermeasures, including evacuations, information release, and compensation for those affected. It should also announce these preparations now.

Only by drawing a line under the past and clearly informing the public of how things will be different from now on is there any hope of obtaining public support for restarting nuclear power plants.

Robert J. Geller is professor of geophysics in the Graduate School of Science of the University of Tokyo.