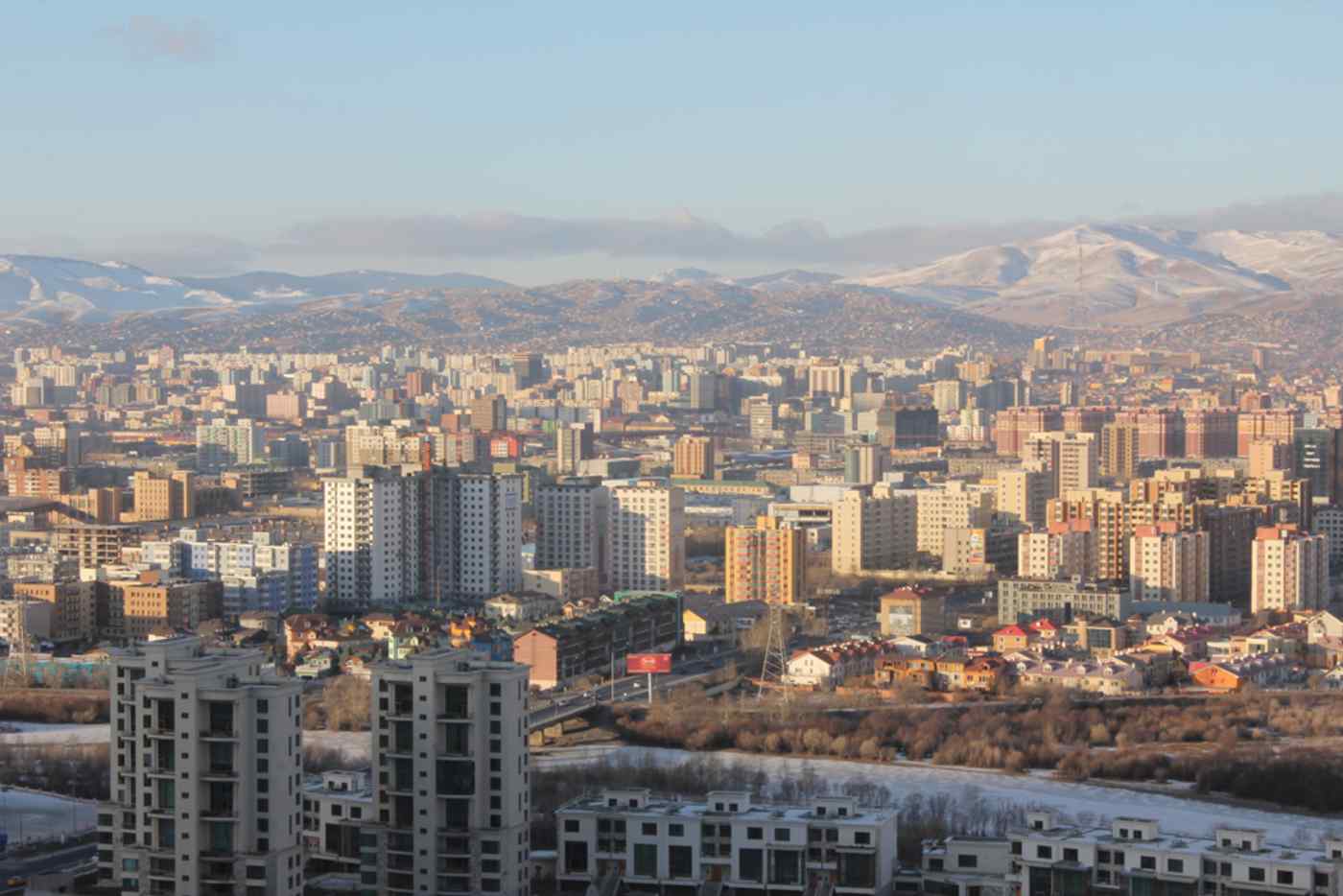 Many more buildings are still little more than blueprints, including a skyscraper in the shape of an upright morin khuur, Mongolia's traditional two-stringed horsehead fiddle, that would be as tall as the Eiffel Tower and would house offices and shops.

"Construction has become a better business than mining," said Lkhagvasuren Odsuren, a former mining executive now developing a 315-unit apartment building. "Mining is a risky game. In construction, you need less money, but you can still get a return on investment of up to 50% depending on how good your project is."

Capitalizing on its vast endowment of undeveloped mineral resources, Mongolia has emerged as one of the world's hottest economies. The Economist Intelligence Unit projected that the country will be the second-fastest growing economy in the world this year, behind South Sudan, with gross domestic product rising 15.3%. A brand-new skyscraper, just one product of the Mongolian capital's development boom, towers over a century-old Buddhist monastery.   © Photo by Jacopo Dettoni

The construction sector has been a key boomtown beneficiary as GDP per person has grown nearly fourfold since 2005. Previously home to around 350,000 residents, Ulan Bator is now short on living space as an influx of migrants from the countryside helped swell the capital's population to 1.3 million.

Members of the local middle class and foreign managers dispatched by mining companies jostled for the scarce apartments on the market. The crush of demand pushed residential property prices up almost 20% annually over each of the last eight years to an average $1,500 per square meter, according to local property investment services company M.A.D. Investment Solutions.

"In the past, people would pay the same price for poorly built space and nice developments just because there was no space available," said Harris Kupperman, executive chairman of Mongolia Growth Group, a Toronto-listed company that invests in local office and retail properties.

Half of the city's population, including hundreds of thousands of recent arrivals, live in ger, or yurts, the traditional round felt tents of the steppe. These residents, in neighborhoods clustered around the city center, lack access to basic services and burn raw coal for heat.

In part to address the resultant pollution, the government has been trying to relocate families into modern housing with the help of subsidized mortgages. But supply growth now looks to be overtaking demand, and the feasibility of many new developments is coming into question. "While dorm housing for the lower-middle class is still selling well, many developments in the upscale market are going to remain vacant," said Christopher de Gruben, managing partner at M.A.D., which mostly invests in existing middle- and upper-class apartments in the city center. "We estimate that there are around 3,752 luxury units either planned, in construction or on the market, against an estimated demand of 420 units over the coming three years."

With foreign direct investment falling by nearly half last year, office demand has already dropped steeply after years of scarcity. "If you look at all the projects being developed, obviously there is going to be an oversupply of office space," Kupperman said. 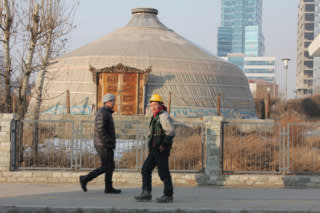 Sensing the shift in momentum, hotel developers have been canceling projects that were to house outposts of international brands such as Hilton, Hyatt, Sheraton and Radisson Blu. The hotel construction pipeline has contracted to 1,000 rooms from a planned 3,500, M.A.D. said.

The World Bank is among the observers warning of a possible property bubble. Outstanding loans by Mongolian banks grew 54% last year, with growth concentrated in the construction sector, according to Moody's Investors Service. Noting that many of these loans fall under government interest rate caps and may not be "fully priced," the ratings agency in January gave a negative outlook for three major banks -- Khan Bank, Trade and Development Bank of Mongolia and XacBank.

Local investors are optimistic that the market can avoid a crash. "Landlords have no incentive to lower prices because they are generally not mortgaged," de Gruben said. "Mortgages still account for only 10% of purchases. But the next 18 months will be painful for the most amateurish developers. Some 30% of them will go bankrupt."

Kupperman expects a similar shakeout with office space. "Buildings that are built well and offer international standards of quality will still receive good pricing, as opposed to many of the speculative office buildings thrown together with cheap labor and material in the last years," he said.

With temperatures dipping below minus 30 C, construction in Ulan Bator is on a winter halt. When spring comes, observers will be watching to see which developments resume building and which are left to languish.