El Nino's return could change everything

TOKYO -- Indications from the tropical Pacific suggest that the first El Nino event in five years is happening. And this looks to be not any normal El Nino, but one that could rival the abnormal conditions from the spring of 1997 to the spring of 1998. Experts also note that global warming could accelerate if this year's El Nino triggers a "regime shift," the term used for a sudden, massive change in the global climate. 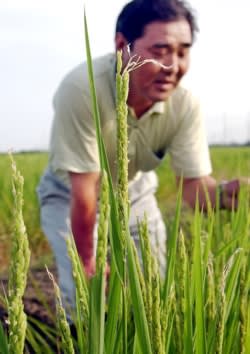 An El Nino-induced, cooler summer could be a problem for rice growers in Japan.

The trade winds in the equatorial Pacific normally blow from east to west. But two strong westerly bursts were recorded in January and February, and two slightly less powerful westerly bursts occurred in March and April.