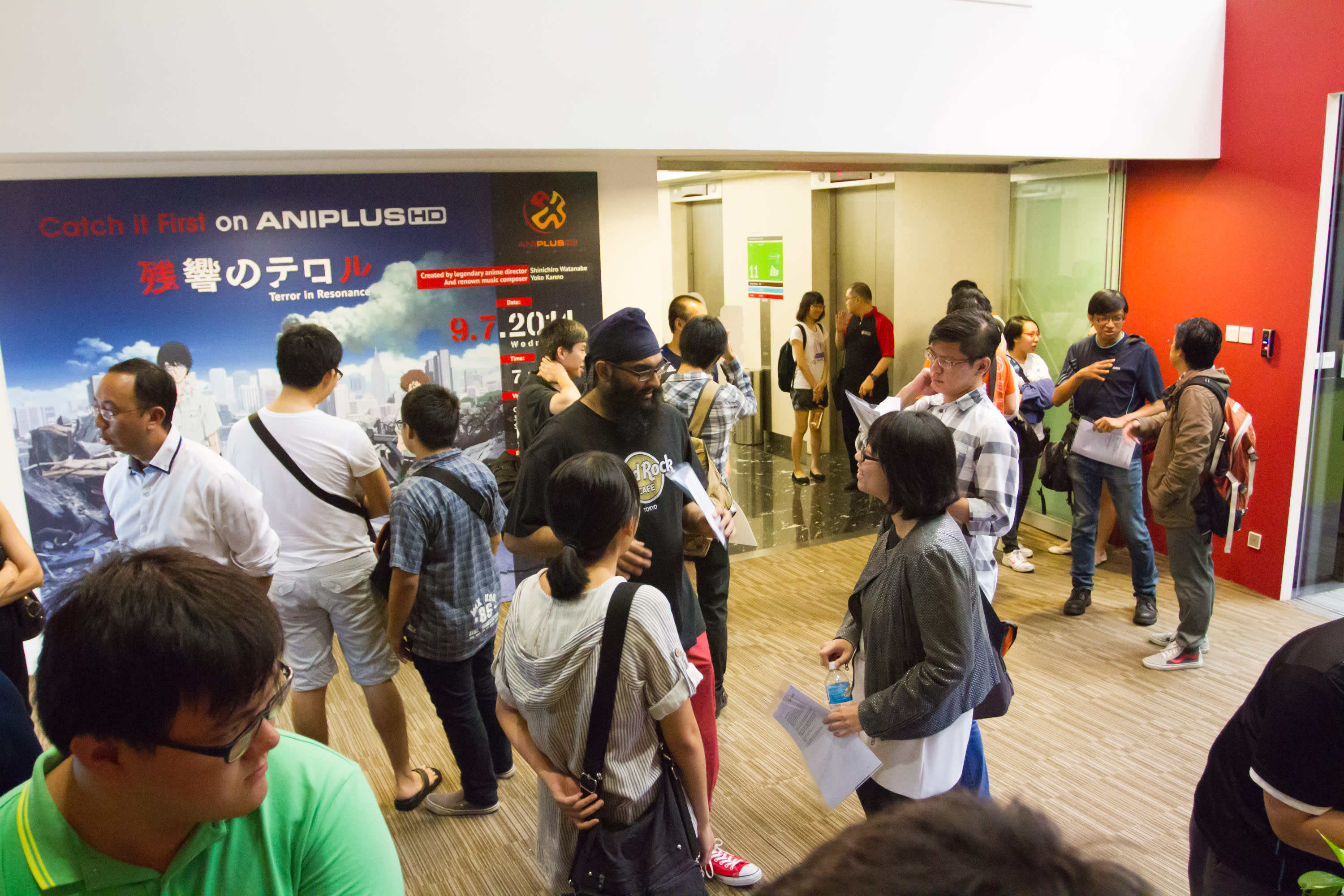 SINGAPORE -- A South Korean pay-TV provider has found a niche in Southeast Asia -- Japanese anime. Aniplus is now available in Indonesia, Thailand and Singapore. It reaches 3 million households in Southeast Asia and is working to expand into other countries in the region.

Tuea Chun Kah, 27, a Singaporean event organizer, signed up to subscribe to Aniplus in March, when the channel was launched on SingTel mio TV, the pay TV broadcaster of Singapore Telecommunications. He is one of numerous Singaporean anime fans who grew up watching "Dragon Ball." Like many otaku, Tuea usually watches his favorite anime shows during his train commutes, on his smartphone, via an online service. Now Aniplus has become a weekend habit. People in Singapore can enjoy famous Japanese anime, such as "Attack on Titan," "Terror in Resonance" and "Hozuki's Coolheadedness" on TV.

Many subscribers in Southeast Asia did not know where Aniplus originated, not to mention the fact that it is a well-known name among anime fans in South Korea. Aniplus has a presence on all pay-TV networks in Korea, reaching 16 million households.

Jeon Seung-taek, president of Aniplus, in 2002 co-founded the online video-on-demand service targeting high-schoolers, college students and young working adults. In 2009, he and his partner bought a small South Korean economic information channel and transformed it into Aniplus. In 2012, Aniplus signed on with TOT, a big state-owned communications carrier in Thailand. It in January 2013 started out in the country as a channel on TOT's IPTV (Internet Protocol TV) service.

Aniplus last September became available as a satellite channel in Indonesia through Big TV, and then through First Media in December. It went on the air in Singapore next, earlier this year, via SingTel mio TV and StarHub TV.

The company sees its lineup as its strength. It focuses on top-rated anime adopted from best-selling manga comic books or games. And it has a big advantage: speed. Aniplus broadcasts the latest episodes very soon after they first air in Japan -- in a matter of hours in South Korea and within the same week in Southeast Asia. It has a team of freelance Korean translators that works on five episodes every day. At any given time, the South Korean Aniplus has 20 brand-new series running.

In Southeast Asia, the number of shows available is still limited. Aniplus is trying to expand this number while simultaneously expanding to new markets. "We hope to start service in the Philippines and Malaysia by the end of the year," said Rosanne Lo, general manager who oversees business outside Korea.

Southeast Asia presents a certain set of challenges. One is the fragmented market. A different language is spoken in each country. Currently the majority of the shows Aniplus carries in the region have only English subtitles. If it wants to increase its viewership in the region, it is going to have to hire more translators for local language subtitling.

Then there is government censorship. Indonesia and Malaysia, with large Muslim populations, are conservative and especially averse to anything sexual. Singapore also has strict censorship laws. So Aniplus has to pay qualified censors in each market to cut out the sensitive parts of its shows.

Aniplus also has to go up against websites in each market that illegally stream anime for free. Due to its own experience in South Korea, the company is not too pessimistic about the situation. "Once a legal platform is established," Jeon said, "consumers will start paying for content."

An encouraging sign is that Southeast Asia is gradually introducing legal frameworks to control digital content. Singapore in July passed a bill making it much easier for intellectual property owners to request that service providers block illegitimate websites.

Aniplus thinks it can attract paying subscribers across the region by carrying high-definition programming. It also realizes it will have to broaden its lineup.