President Barack Obama claimed in a speech on May 28 that U.S. leadership helped bring Myanmar into the international community. Progress there "could be reversed," he admitted, though adding that if the country succeeds in its reformist drive, the U.S. will have "gained a new partner."

"Look at a country like Burma, which only a few years ago was an intractable dictatorship and hostile to the United States," he said, using the old name for Myanmar.

"Thanks to the enormous courage of the people in that country," he continued, "and because we took the diplomatic initiative, American leadership, we have seen political reforms opening a once closed society; a movement by Burmese leadership away from partnership with North Korea in favor of engagement with America and our allies. We're now supporting reform and badly needed national reconciliation through assistance and investment, through coaxing and, at times, public criticism. And progress there could be reversed, but if Burma succeeds we will have gained a new partner without having fired a shot."

Many observers may argue that claiming "success" in foreign policy is likely to be an ephemeral victory. And yet Obama's statement is important, even if somewhat overstressed. After all, the only progress in East Asian foreign affairs that the U.S. can claim under his administration has been the important improvement in relations with Myanmar.

But did the U.S. government really take the lead on Myanmar diplomacy? Until the relevant diplomatic papers are declassified years later, we may not have the definitive answer. It seems likely, however, that Myanmar's leadership was deeply interested in regaining an equilibrium in their foreign affairs -- one that had tilted not essentially toward North Korea, as Obama implied, but toward China, which was omitted in the president's remarks on Myanmar.

Soon after Obama's inauguration in January 2009, and before his foreign policy team was entirely in place, Myanmar's foreign minister met in March that year with a midlevel U.S. State Department official -- in protocol terms, an unprecedented event. The fact the meeting took place at all was a clear signal, whatever was discussed at that time.

Yet the U.S. administration could not move too rapidly or too thoroughly because very effective lobbying organizations had convinced the U.S. Congress that "regime change," not "regime modification," was the preferred policy, in accordance with the opinion of Aung San Suu Kyi, who essentially had determined the posture of the U.S. toward Myanmar -- including the continued use of its older name. The characterization of Myanmar's military regime as "hostile" to the U.S. further misrepresents the emphasis. It was the U.S. that was hostile to the military government, which effectively stressed that if the U.S. did not want better relations, the nation could go it alone.

That the executive branch of the U.S. government took a more positive approach in its Myanmar policy, and was able to placate (at least to some degree) activists, even Suu Kyi, was an exemplary positive policy shift that required deft handling and close cooperation with the Myanmar authorities. This has been important. U.S. leadership has played a significant role in this transition. They can claim leadership in terms of the U.S. policy community, but as the president stated, the courage of Myanmar's people and their leadership was not only essential, as he implied, but perhaps the initiative even came from the people themselves.

The U.S. can also take credit for reinforcing the changes, materially assisting to help sustain them, and helping Myanmar regain its stature in the international community. These are no small accomplishments. But it was not prompted by a "containment" policy against China, as many believe, but rather on idealistic human rights concerns.

There are now mumblings in Congress and the media about backsliding in Myanmar's reform program, coupled with renewed calls for Myanmar to change its constitution -- primarily to enable Suu Kyi to qualify as a presidential candidate. Even the threat of renewing some sanctions has been raised. The issue for future U.S. policymakers will be how to treat the multitude of problems remaining in the Myanmar polity -- encouraging progress that punitive actions would undercut while maintaining U.S. influence.

Even as the State Department and the White House have to look to Congress to determine how far and fast they can change policy, so too Myanmar President Thein Sein must determine internally how quickly he and his colleagues can induce the changes that Myanmar needs and the U.S. desires. This will all come to a head in Myanmar's 2015 elections. How the U.S. and the rest of the West react to them will be a vital determinant of U.S.-Myanmar relations. 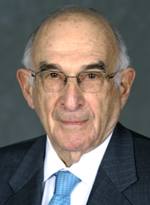