Manufacturing will win the day 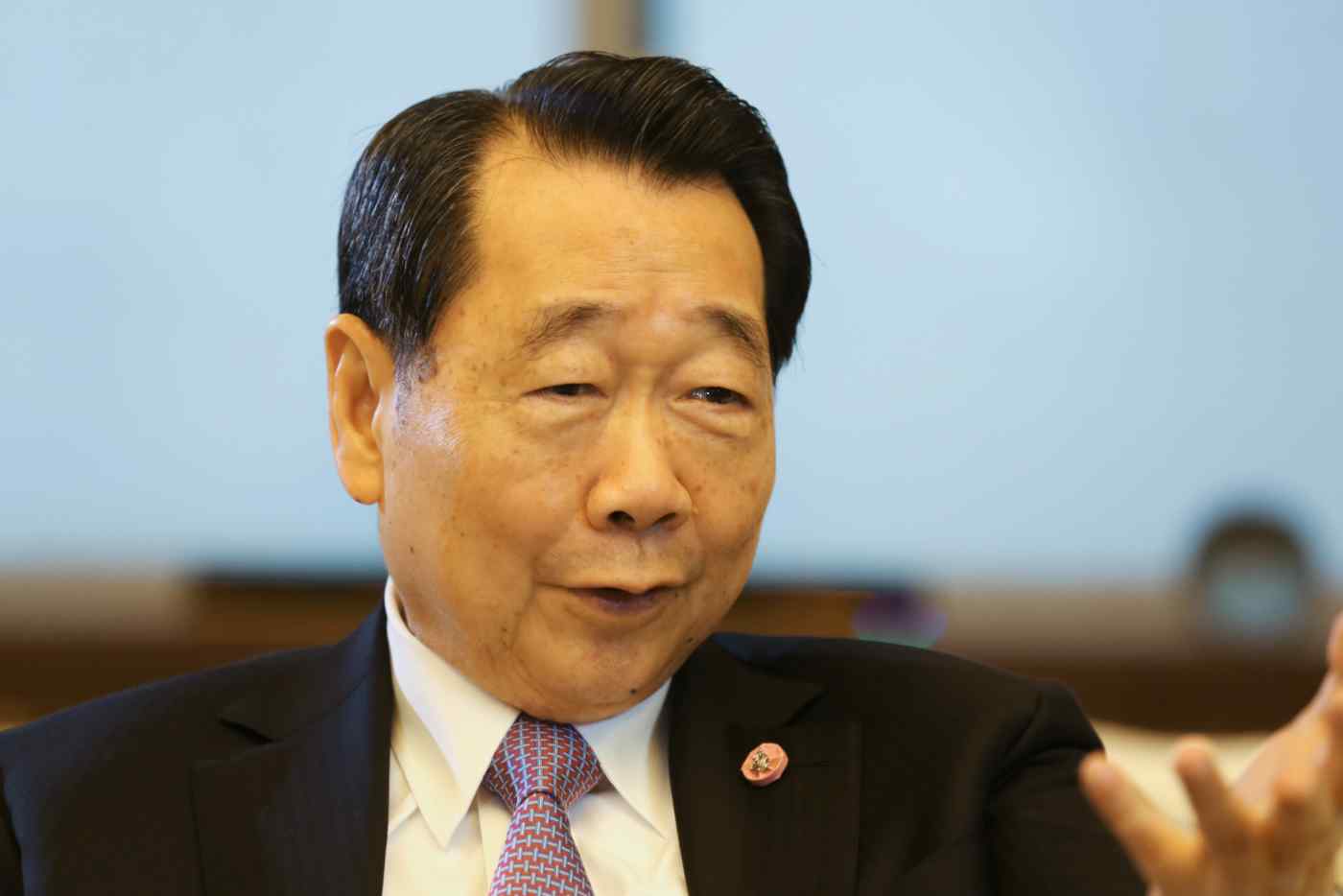 Dhanin Chearavanont, chairman and CEO of Thai conglomerate Charoen Pokphand Group, believes that cutting-edge manufacturers will win out in the age of e-commerce. He expressed this view in an exclusive interview with the Nikkei Asian Review recently.

Q: What do you expect from CP's tie-up with major Japanese trading house Itochu?

A: Japanese companies have ability, know-how and many other positives. I recognize that the strength of Japanese companies lies in their ability to use their strengths effectively in developing countries. In Japan after World War II, large companies supported smaller ones, which contributed to economic development. Its banking sector in particular once outstripped that of the U.S. Today, the room for further development in Japan may be small. But if Japanese businesses utilize their expertise in the developing world, it should benefit both sides.

We at CP Group have engaged in similar businesses in developing nations and have succeeded in all markets. In the farm and food sectors, for instance, we have raised funds, provided technologies, conducted marketing and bought their products. We have processed the products and sold them, which has allowed us to grow. In postwar Japan, big companies have done the same. Now, Japan's overall gross domestic product is smaller than China's, but on a per-capita basis, it is still higher. I believe that Japan's expertise can still be utilized in developing countries, as well as China.

Our new partner Itochu is doing business in more than 60 countries, giving it highly valuable experience. For now, we will focus on cooperation in agriculture, but the two companies are able to work together in other areas.

I suggest that when Japanese companies invest in other nations, they treat the locals as they would do to their own people and offer the same service they do at home. We must help them get richer so that we can share the benefit. That would make Japanese products more desirable for local populations. So we do not seek profits initially: Give first and receive later. This approach will definitely be successful, I believe.

The current 10 Association of Southeast Asian Nations members have a total population of 600 million. Many of these countries are still poor. If Japan offers its technologies, money and marketing to them, they will develop. That will be advantageous for Japan.

Q: What will CP gain from the alliance?

A: We have an understanding of developing nations and how to assist them. We have succeeded in China, Russia, Asean countries, Bangladesh, Turkey and Pakistan. What we expect of Itochu is fundraising at low interest rates, support to sell agricultural products worldwide and the chance to buy quality machinery. We expect Itochu to introduce new business opportunities to us, so we can make the most of our chances and develop operations further.

We excel in agriculture and food, and enjoy an edge in retail, running the 7-Eleven, CP Fresh Mart, Makro and the Lotus chains, among others. Itochu also covers these businesses, as well as other industries, and operates globally, on a larger scale than we do. This is where we place high hopes.

If we can take advantage of working with a Japanese company, we will be able to develop businesses in fields other than food. Moreover, we can help accelerate the process for smaller Japanese companies looking to set up operations in Asean and China. Japan manufactures a wide range of products with brand power. The partnership with Itochu will bring us big business opportunities in manufacturing, too.

I think that Japan is the best manufacturer in the world. It has high-technology and high-quality products. I also believe that manufacturers will become increasingly important, in line with the rise of the Internet and e-commerce. Everything can be done online, from buying to selling on virtual shopping malls, but the goods need to be produced; even songs and movies. Although some countries say that production is no longer important, I think different. Manufacturers will be the winners.

Q: At a time when the world is focusing in Asia, why did CP Group acquire Tops Foods of Belgium?

A: The company has the world's most advanced production facilities. Seven staff produce 200,000 box lunches a day; it is a remarkable company. By taking advantage of the company's production base, I plan to make food for selling in Asia. We are also considering selling Southeast Asian food in Europe. To this end, we need facilities in Europe with robots, few workers and no unions. And by using Tops Foods sales networks in Europe, we will be able to sell Southeast Asian products there.

Anyone can launch e-commerce operations by just setting up a virtual shopping mall these days. But in my view, manufacturers with cutting-edge facilities will be the final winners in e-commerce.

Q: Why are you increasing investment in retail?

In the developing world, distribution centers and logistics are lacking. We sold the Siam Makro wholesale chain in the wake of the currency crisis and later bought it back, because it can serve as a distribution center to our customers, such as restaurants and local retail stores. We own the 7-Eleven convenience store chain, but it has only about 8,000 stores. Considering there are 600,000 retail stores in Thailand, we have a very big chance to attract more customers. Our convenience stores can purchase a variety of products from Makro, rather than from conventional brokers that would charge more. Makro also means we can provide high-quality products for stable prices to restaurants.

Q: Why has your company teamed up with Shanghai Automotive Industry Corp. of China?

A: To be honest, I'm not very interested in the car sector. Partly because an old friend of mine, with whom I ran a motorcycle business, asked me to do so. I decided to invest in Shanghai Automotive wanting to expand into Thailand. I do not believe that our business can surpass Toyota Motor. But the MG-brand cars (which Shanghai Automotive produces) are widely known as the world's first sports car. I think that in Asia, Shanghai Automotive can compete with European car companies to a certain extent.

Q: In addition to the food and car industries, what else are you interested in?

A: Any industries. Japan has clothes, sundry goods and automakers with strong brands. I expect Japanese manufacturers with powerful brands to be the winners of tomorrow. But when the market is oversupplied, manufacturers may lose. Currently, e-commerce is in the spotlight -- the price-earnings ratios of some companies in this sector reach 60-70, or even 100. Yet in years to come, demand for manufactured products will expand. Those owning logistics networks and distribution centers will gain an edge.

Q: Other Thai companies such as Siam Group and Central Group are struggling in China. What is the secret of CP's success there?

A: Success in China rests on whether a company can adequately achieve the three benefits we mentioned before. First, companies need to make investments that benefit the Chinese government. If they do so, the government supports them. Investments also need to be advantageous for Chinese people. Companies should find areas where China's farmers are strong, and provide funds to them and buy products from them at guaranteed prices, for instance. What the farmers cannot do, CP will do. That's our secret. Whatever the country, we consider it our motherland and do business in the same way as we do in Thailand.

Another secret is to offer the best possible technology and to help nurture people in that country, regarding them as our brothers and sisters. We only send a few Thai officials to investment destinations, such as technicians, financial officers and accountants. But even in these areas, if we find good talent we will recruit. By doing so, we have won over locals.

A: Ten, 20 or 50 years later, we will continue making food and other daily goods. Particularly in agriculture, we want to run business that covers everything from the production line to the dining table.

I want my sons to oversee the overall business, rather than micromanaging. We employ professional staff. In areas where none of our family members are experts, we hire highly professional managers and have them closely control operations. I employ capable people in technological, marketing, fundraising and other areas. In fact, CP's policy is that all talented people in the world are owned by CP.