Thailand takes over from Detroit 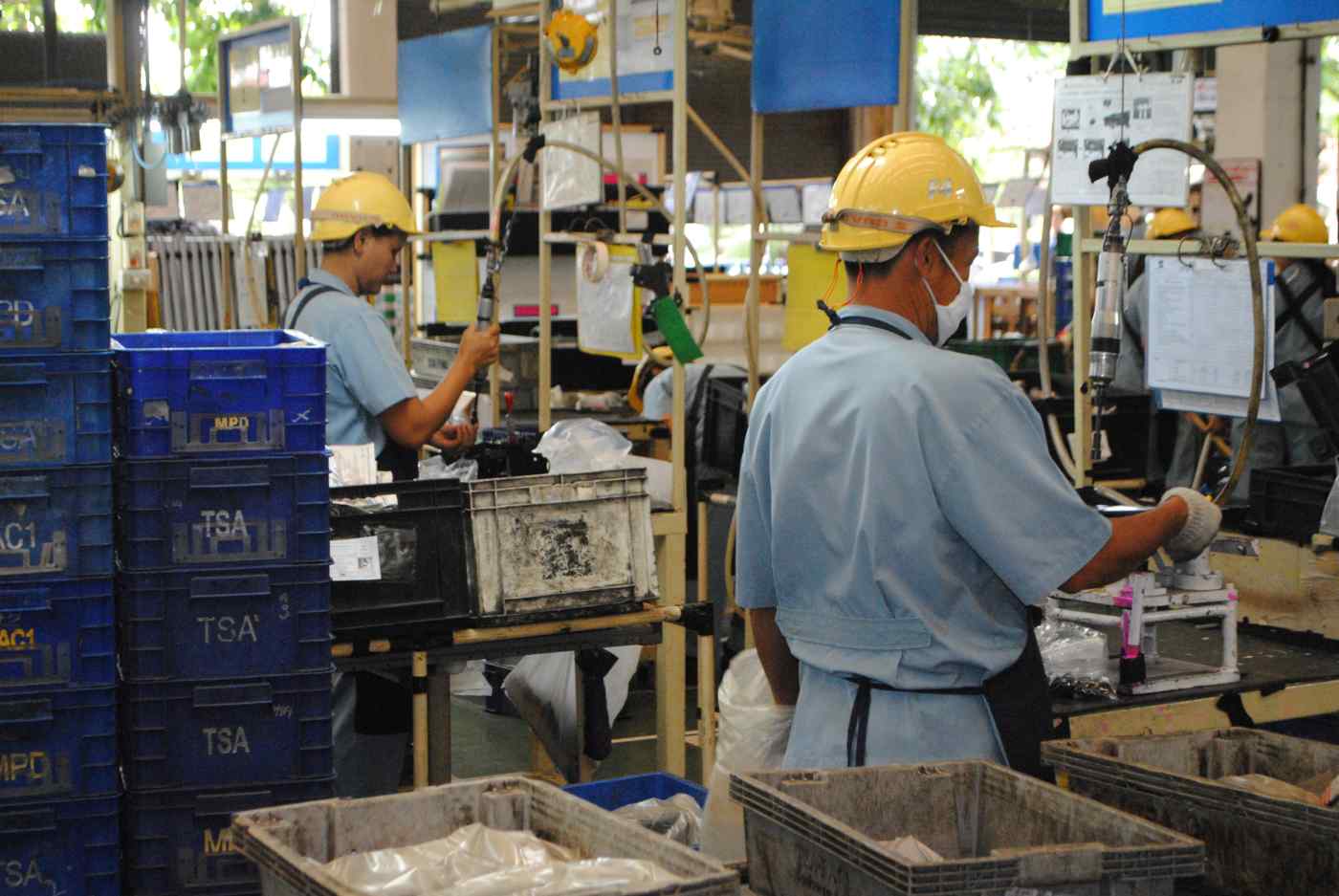 BANGKOK -- Thailand's automotive companies, increasingly on the cutting edge of component technology, have turned their country into "Southeast Asia's Detroit."

That would be last century's Detroit. These days, the home to General Motors, Ford and Chrysler continues to struggle with debt, decay and crime. In Thailand, a new generation of engineers is taking up jobs that once went to the city known as Motown.

Thai Summit Autoparts Industry, the country's largest autoparts maker, recently released a new line of autoparts that are 70% stronger than their predecessors. Other Thai manufacturers are landing orders for increasingly sophisticated components and products.

Just outside Bangkok, Summit's main factory pumps out products that once could only have been made in Japan. A press bends steel with a force of 600 tons, turning out long, 80cm wide sheet. Car frames will later be made with the 1mm thick sheet, which is about 40% thinner than conventional auto steel.

The sheet, which has a tensile strength of 980 megapascals, reduces the weight of a car, making for better fuel efficiency. Summit led other autoparts makers in getting the sheet to market last year.

Thin, hard and strong sheet returns to its original position when bent. Some can be bent backward 10 times further than conventional iron. Most Thai parts makers were unable to overcome the technical challenges standing in the way of producing such steel.

It began in Japan

Some Japanese companies can produce steel and parts with a tensile strength of more than 1,200 megapascals. But they mostly produce molds and parts of such strength at home. Only a fraction of autoparts need steel with a stength of 980 megapascals or more. The technology to produce it costs a lot, making it difficult to achieve sufficient returns on investment. If Thai producers succeed in making strong, high-end parts, automakers operating in the country can reduce costs and get products to market faster.

Thanathorn Juangroongruangkit, son of the founder and executive vice president of Summit, in 2009 decided to take over Japanese manufacturer Ogihara, with a view to developing higher-end products. With the help of Japanese engineers from the Gunma Prefecture company, Summit introduced sophisticated simulation software and managed to produce 980-megapascal sheet.

Demand is rising for eco-friendly, inexpensive cars in Southeast Asia and emerging economies elsewhere. Thailand is planning a second subsidy program for these vehicles. Beginning in 2016, the country will help out manufacturers that produce vehicles meeting stringent Euro 5 emmissions standards. Automakers by then need to be producing even lighter cars. Thanathorn believes that the subsidy program will further push up demand for Thai autoparts. Summit is now considering producing superhigh-tensile parts, which only very few Japanese and German manufacturers are today capable of making.

Thai Rung Union Car is the only Thai company handling car assembly and marketing. It takes key components such as engines from Toyota Motor and designs almost all of the rest of the cars it produces, including door panels, exteriors and seats. Thai Rung handles integrated production of car bodies, including mold design, pressing and assembly.

Western truck makers last year for the first time placed orders with the Thai company for front panels. Molds for the panels weigh 30 tons, about 50% heavier than the ones the company used for previous products.

Sompong Phaoenchoke, managing director of Thai Rung, says his company benefited a lot from upgrading its technology through partnerships with other companies. Isuzu Motors taught Thai Rung how to assemble 1-ton pickup trucks. Other Japanese manufacturers gave tips on sheet production. The company's business improved further this year: It has so far won orders for 120 parts, including one for front panels from a Japanese truck maker. Meanwhile, January-September car production in Thailand slumped 27% from the same period a year earlier. Tax breaks for first-time car buyers ended, and political turmoil choked economic activity during the first nine months of the year. Good times may be around the corner, though. Thai autoparts sales in 2015 are expected to jump 25% to some 500 billion baht ($15.2 billion), according to the Thai Autoparts Manufacturers Association.

Global shockwaves followed the signing of the 1985 Plaza Accord, which led to the sharp appreciation of the yen against the dollar. Japanese automakers responded by accelerating investments in Thailand. When they expanded in the Southeast Asian country, they brought along autoparts makers and set up a sophisticated supply chain. Japanese automakers now plan to do the same in Indonesia. Thailand should not worry. It is likely to have a competitive edge over its neighbor for the foreseeable future.

Around 2,500 domestic and international autoparts companies operate in Thailand. "Tier One" companies that have direct dealings with non-Thai automakers account for only 20% of those operating in the country. If competition to reach the top tier intensifies, the Thai auto industry should become even stronger.

"Product quality and manufacturing techniques can be improved plenty," said Yasuhiro Shido, executive vice president of Toyota Motor Asia Pacific Engineering & Manufacturing. He points out that sometimes there is a divergence between end products and blueprints. Japan is also weighing in. Since 2010, it has been sending engineers from companies such as Toyota and Isuzu to 70 or 80 Thai companies, where they train staff for three to four months a year. "The growth of Thai manufacturers is essential if Japanese automakers are to maintain cost competitiveness," said Eiichi Umekita, vice president of the Bangkok office of the Japan External Trade Organization.