The Test of English as a Foreign Language, Toefl, is widely used to gauge levels of English proficiency. In Asia, Singaporeans, as a group, scored the highest in 2013, followed by Indians, Pakistanis, Filipinos and Malaysians among 31 countries and regions. China fell from ninth in 2007 to 20th because of declines in reading, listening and writing. Japan, one of Asia's leading economies, was among the region's bottom dwellers with Cambodia, Laos and other countries. 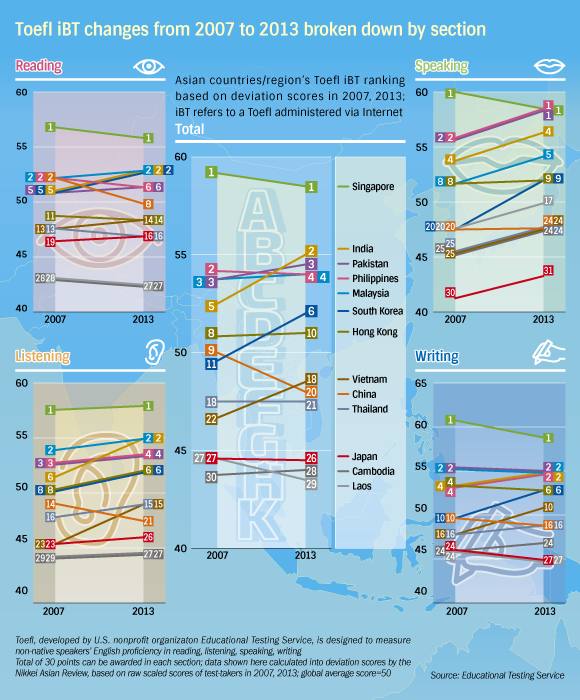