In showing off its new toys, China isn't playing nice

GUANGZHOU, China -- China may have seen economic growth slow in November, but on the whole, it wasn't such a bad month for Beijing, as it enjoyed success in other areas.

"We should vigorously promote the Asia-Pacific free trade zone, setting the goal, direction and road map, and turn the vision into reality as soon as possible," Chinese President Xi Jinping said at the Asia-Pacific Economic Cooperation summit in Beijing on Nov. 11. 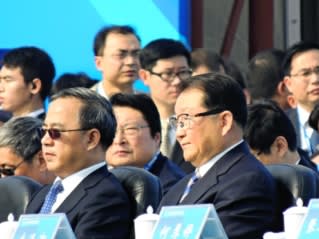 Xi called on the leaders of member states, including U.S. President Barack Obama and Russian President Vladimir Putin, to work toward unity and harmony in the region. At the summit, held in the suburban Yanqi Lake area, China presented itself to the world as a powerful country. For his part, Xi acted as the amicable host, greeting guests with a handshake as they arrived at the welcoming ceremony.

The same day, a very different kind of event was kicking off in Zhuhai, a city about 2,000km from Beijing that overlooks the South China Sea. It was the opening day of China's largest international aviation and aerospace exhibition, the Zhuhai Air Show, held every two years. For the hour before the opening ceremony, the deafening sound of China's air force song, composed in 1961 when Mao Zedong governed the country, was played over and over. The singer's voice was familiar. It was that of Xi's wife, Peng Liyuan, formerly a well-known singer in the People's Liberation Army.

Nov. 11 was also the 65th anniversary of the founding of China's air force. The air show's opening ceremony was attended by Chinese Vice President Li Yuanchao and Hu Chunhua, the party secretary for Guangdong Province and the man considered most likely to succeed Xi. Preparation had been meticulous, highlighting China's determination to use the occasion to emphasize that its military technology is finally catching up with the rest of the world.

Part of those efforts included unveiling to the public the J-31, a newest stealth fighter under development. China is believed to be aiming to mass-produce the stealth fighter within five years to compete with the U.S.-made F-35. "It was unusual for China to fly a heavy-duty fighter jet in front of the general public," said a military observer from Shandong Province who saw the demonstration.

The J-31 is being developed under the assumption it will be used on aircraft carriers, according to a source. If the jet is deployed at sea, it could pose a significant threat to neighboring countries, given that China has been flexing its muscle in the East China and the South China seas. One expert said China demonstrated the J-31 publicly to intimidate neighboring countries with its domestic military technology. 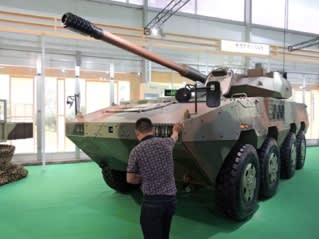 This year's Zhuhai Air Show was the largest to date, with about 700 companies from 41 countries including China participating in the defense and aviation industry exhibitions. Though it is called an air show, fighter jets were not the only hardware that attracted attention at the event. A number of land-based combat vehicles, such as tanks, were also on display.

China Poly Group, a major defense-related company, displayed an array of high-tech vehicles. The company is affiliated with the People's Liberation Army and has handled military-related exports mostly to Africa, mainly Senegal, Tanzania, Sudan and Chad. The company said all the combat vehicles displayed in the show are much more powerful than previous models. "In the future, we are aiming to sell weapons by entering the Asian and Middle Eastern markets," an official at China Poly Group said.

China has made double-digit increases to its defense budget for four straight years.

How is China using this money? Over the East China Sea, Chinese aircraft continue to fly extremely close to Japanese Self-Defense Forces airplanes. Meanwhile, China is clashing at sea in the area around the Senkaku Islands, known as the Diaoyu in China, and with Vietnam and the Philippines in the South China Sea. Showing its national pride does not come cheap, and the Zhuhai Air Show was apparently part of such efforts. While it still has some catching up to do in military technology, China has succeeded in creating the impression at home and abroad that it can threaten neighboring countries.