Living with terror: China clamps down on Uighurs after Paris attacks 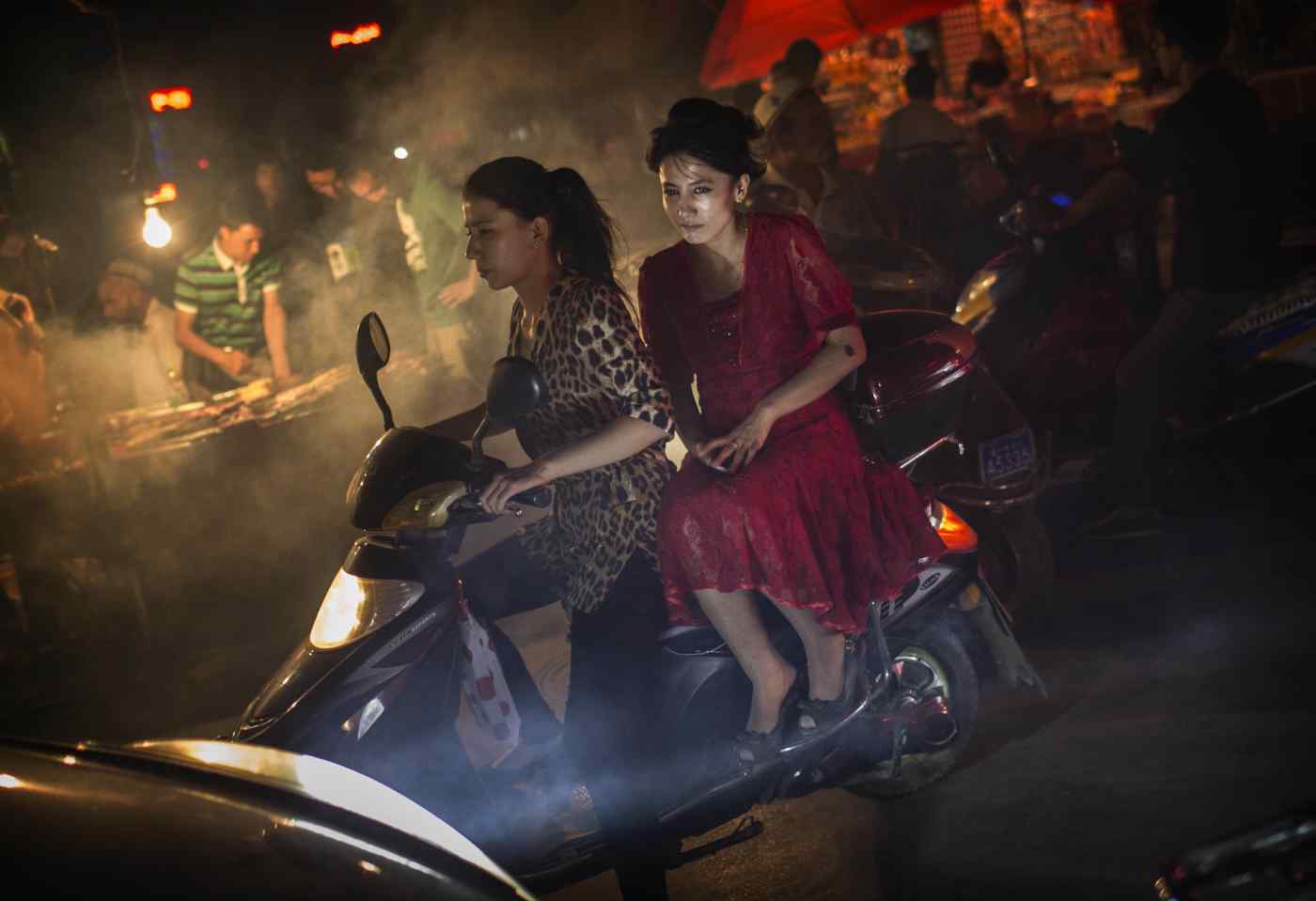 BEIJING -- The Charlie Hebdo attacks provoked criticism of radical Islam in Western democracies. China, meanwhile, used the attacks to step up a crackdown on Muslims within its borders.

Beijing has been describing itself as part of the international fight against terrorism, in an apparent effort to justify its oppression of minority Muslims in the Xinjiang Uighur Autonomous Region.

After the Sept. 11, 2001, terrorist attacks, China persuaded the U.S. and other nations to put a Muslim separatist group founded by militant Uighurs on a terrorist watch list.

"Urgent: Six mobsters killed by police in Xinjiang." Xinhua News Agency, a government mouthpiece, sent out this news flash Jan. 12. Police shot dead a number of people attempting to set off an explosive device in a western Xinjiang business district.

Xinjiang has been plagued by violence involving militant Uighurs. In most cases, these incidents are reported by Tianshannet, the region's government-run news site, several days after they happen. It is unusual for Xinhua to report on such an event the day it happens.

International condemnation of terrorism is growing.

Some violence in Xinjiang has been linked to the East Turkestan Islamic Movement, a separatist group believed to have ties with the Islamic State group. By stressing that China also faces the threat of terrorist attacks by Muslim extremists, Beijing is clearly seeking to win international support for its policy on Uighurs.

Rising hostility toward radical Islam in the West offers President Xi Jinping's government a convenient opportunity to strengthen its suppression of Uighurs. Communist Party leaders in Urumqi, the capital of Xinjiang, on Jan. 10 approved a burqa ban during a meeting of the regional government's Standing Committee. Officials said the ban is meant to stop criminals from using burqas to cover themselves and hiding from authorities.

Many European nations and Australia also have burqa bans. In China, the Communist Party has long suppressed Uighurs by banning minors from practicing their religion and forcing people to wear party-approved clothes.

"The Chinese government not only doesn't understand us at all," said a man in Urumqi. "They are hurting the dignity of our race."

The Chinese authorities appear to be expanding restrictions on Muslims to other regions with large Uighur populations, such as Kashgar and Hotan.

Beijing is at pains to justify its Uighur policies and muzzling of the press.

Xinhua published a commentary on the attack in Paris arguing that "there should be limits on freedom of the press." While denouncing terrorism, the article also criticized French weekly Charlie Hebdo's satirical take on Islam.

"Humor should be based on the principle of not hurting others," the article said. "Unfettered and unprincipled satire, humiliation and free speech are not acceptable."

This commentary highlights a key difference over the idea of freedom of expression between China's government and Western democracies. Chinese netizens overwhelmingly supported the Xinhua stance.

China imposes tight controls, including social network surveillance, on speech in Xinjiang. Xinhua's article reflects Beijing's desire to use the terrorist attacks in Paris to justify suppression of information at home.

The Xi administration last May began a yearlong crackdown on Uighur seperatists in Xinjiang, involving in some cases extralegal measures. It is expected to run through June.

Uighurs in Kashgar say China has been using the military in its crackdown. A growing number of Xinjiang residents are fleeing from the region to Southeast Asia.

A Uighur man in December was shot dead in the Guangxi Zhuang Autonomous Region, in south central China. Authorities also arrested 21 people connected with the man on suspicion of religious extremism. They were said to be attempting to escape China. Most were women and children.

Uighurs trying to leave China risk their lives to escape suppression. They seek refuge with Islamic organizations in Malaysia, Indonesia and Thailand. Some extremists are working with groups in other countries to help people reach the Islamic State or get military training.

Chinese security officials worry that radical Uighurs could return from the Islamic State and launch terrorist attacks. Beijing's hard-line stance against Uighurs is creating a vicious cycle of oppression that breeds resent and violence.