Until recently, much of what we knew -- or thought we knew -- about Myanmar was refracted through the borderlands the country shares with Thailand. The region's prolonged humanitarian crisis, with countless stories of dislocation and despair, shaped the way the world saw Myanmar.

Sadly, in the past half-decade, life along the border has not improved a great deal. Conflicts in some border regions of Myanmar continue to rumble along, to the great frustration of peacemakers.

And yet, international perceptions of the country have been transformed. Myanmar's remote border areas and their tragedies no longer merit the attention they once did in capitals around the world.

It is only since the dramatic events of 2010, when the pro-democracy figurehead Aung San Suu Kyi was released from house arrest, that international impressions shifted. The old military dictatorship loosened its grip, the media enjoyed new freedoms, and foreign companies tested the waters. Optimism became contagious and everyone flocked to see the reforms for themselves.

Nowadays, it is easier than ever to visit Myanmar and get to know the place. In 2014, an estimated 3 million foreigners entered the country -- tourists, officials and businesspeople -- up from just over 1 million in 2012 and a mere 200,000 in 2008, the year the deadly Cyclone Nargis struck. Accordingly, hotel rooms now cost many times what they once did.

In Yangon and Mandalay, the country's biggest cities, tourists jostle next to ever-growing populations of expatriates: among them, Koreans, Thais, Australians, Indians and Swedes. In Yangon, most acutely, the hordes of foreign executives, development workers, diplomats and analysts have probably never been so large. The bustle of Yangon presents a stark contrast with the rural lifestyle of most of Myanmar's citizens. Photo by Ken Kobayashi

These twin trends -- mass tourism and the boom in expatriate employment -- are changing the way the world sees Myanmar. Supposedly sacred notions about the virtue of Suu Kyi or the primacy of her National League for Democracy are regularly called into question. So is the idea that Myanmar's current generation of ethnic leaders is necessarily part of the solution to the country's woes.

Such sentiments were widely considered heretical in Thailand's border towns of Mae Sot and Mae Sai, and in the cities of Bangkok and Chiang Mai, where the biggest concentrations of Myanmar-savvy outsiders -- many of them aid workers -- used to congregate. Those congregations have moved, in large part, across the border into Myanmar itself. This shift has challenged long-held ideas about Myanmar's military, its ethnic wars and the conditions in which people live.

It is not simply that old ideas from the border were wrong: In most cases, they helped explain important truths and issues. And yet they could only be part of the story.

The challenge now is that so much of Myanmar's new story is being refracted through experiences in Yangon and a few other main cities, including the newish capital, Naypyitaw. These places are hardly representative of life in a country where almost 70% of people live in rural areas.

Even the experiences of those in smaller urban centers, unglamorous places like Magwe, Dawei and Taungoo, tend to be overlooked. Unless there is violence, or some other attention-grabbing event, they are far from the concerns of those who determine what counts in the tale of Myanmar's transition.

In this sense, Myanmar's internal dynamics have been increasingly dominated by what is happening in the big cities -- especially Yangon, which pulses with life and is the first place to digest new trends. As the global transport gateway, and the national hub for commerce and ideas, it is only natural that it receives an outsize share of consideration.

Yet it would be a pity if such attention replaced the distortion of the borderlands with similarly skewed visions of the big city. As life for Yangonites gallops further from Myanmar's rural majority, it can only serve as a general guide to the experiences of people elsewhere in the country.

The upheaval to come

This matters because the contrasts and changes are so striking. Electrical wiring and roads still do not penetrate all that far, although Internet and mobile telephone access are making quick headway.

At the same time, big resource projects in places like Rakhine and Kachin states, to the west and north, respectively, and in special industrial zones near the major cities, mean that millions of rural residents will not be able to hide from the looming, unprecedented surge of foreign investment. Areas that were previously judged remote are quickly finding their place in a new economy, and it is not always a smooth process. 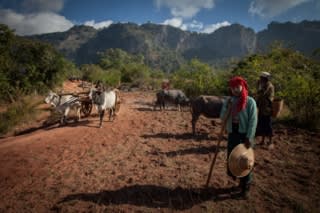 There is much talk of decentralization among officials, but also clear evidence of a growing appetite for participation and empowerment among those excluded from elite discussions. The rising tide of land rights activism is already felt in Naypyitaw, where anxious members of the Hluttaw, or national parliament -- most of them elected under the previous military regime in the widely criticized 2010 election -- consider their political futures.

As electoral mathematics become more complicated in the lead-up to the 2015 national poll, slated for October or November, rural voters will learn to flex their muscles at the ballot box. Populist political platforms will appeal to them, with pork-barreling likely to be a preferred tactic. The most successful candidates will quickly find that voters respond to visible and direct efforts to improve their lives.

Such politicians will promise much and will inevitably struggle to deliver the goods in an environment where urban pressures and privileges still claim the lion's share of new resources. Political leaders will also be constrained by erratic government capacity and haphazard project implementation. In rural areas, this is a recipe for dissatisfaction and disillusionment.

The inevitable grumbles will only accelerate migration to the cities and accentuate upheaval in rural society. For the young and the bold, the main chance will come with a foothold in the urban economy. The way they are flocking to the labor market is already a potent sign of things to come.

Such changes will prove destabilizing for those whose annual rhythms will remain defined by field and forest, beast and burden. We should not forget that their experience of Myanmar's transformation will be profoundly different to those stuck, bumper-to-bumper, in the tantalizing urban grind. 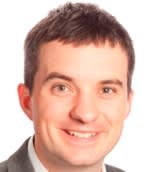 Nicholas Farrelly is a partner at Glenloch Advisory, where he works on Southeast Asian investment strategies, and is co-convenor of the Australian National University's 2015 Myanmar Update conference.