TOKYO -- Japan's state-of-the-art maritime patrol aircraft has been attracting increasing attention, not only from its key ally, the U.S., but also from Europe amid growing concerns about movements by Russian submarines. 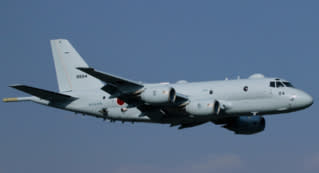 The P-1, built by Kawasaki Heavy Industries for Japan's Self-Defense Forces, is the country's first domestically made anti-submarine patrol plane.