TOKYO -- Konami, a leading Japanese video game producer, is undergoing a strange transformation. The company was recently reorganized, leading to an exodus of talent. All the while, top management has stayed silent about what was going on. 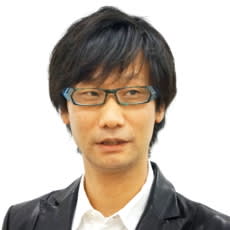 From the fiscal year that ended March, the company stopped disclosing sales figures for its console game software. Mysteries abound, and gamers are baffled.

Konami is housed in the Tokyo Midtown East building in the district of Roppongi, Tokyo. One floor houses Production Department 8, which was established in March when the company was reorganized. The department was once called Kojima Productions, which runs the "Metal Gear" franchise.

Kojima is a superstar game developer. He created "Metal Gear" in 1987, the first release of the hugely popular stealth video game franchise. The originality of the game made it a global sensation. The franchise sustained Konami through its heyday.

The release of the newest version of the game, "Metal Gear Solid V: The Phantom Pain," however, has been delayed numerous times and racked up more than 10 billion yen ($80.4 million) in development costs. Prior to its September release, Kojima has been "incarcerated" in his office.

"Momotaro Electric Railway" is a hugely popular board-game-style title. Ever since Hudson Soft, the developer of the game, was taken over by Konami in 2012, Konami and Sakuma have shared the license for the game. But negotiations between the two reached a deadlock over how to share profits from the newest version. 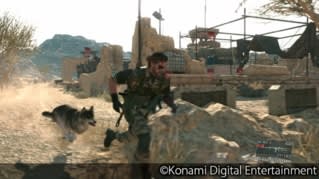 After Sakuma tweeted, Konami in June issued an emergency statement. "We are continuing our talks but unfortunately they have not reached any conclusion," it read. But the talks appear to have been derailed. Now Sakuma and Nintendo have begun negotiating on development and marketing of a new game. The title is expected to be released next year or thereafter. Konami will license "Momotaro Electric Railway" to Nintendo.

The future of other popular Konami games appears in jeopardy. The company dropped a plan to develop a new version of "Love Plus," a romance simulation game. Its producer, Akari Uchida, was dubbed "father-in-law" by fans. He abruptly quit Konami in March. Development of "Tokimeki Memorial," another romance simulator, and "Genso Suikoden," a role-playing game, both of which have solid fan bases, has also come to a halt.

It is not clear what Konami is trying to achieve by putting on hold the development of popular titles and complicating relations with creators. According to one employee, Konami's business underwent a major change when the company released in 2010 a smartphone-based game, "Dragon Collection." Its development, in the tens of millions of yen, was relatively cheap. It still became a hit and generated hundreds of millions of yen in monthly earnings.

"We are living in a social game age," Kagemasa Kozuki, 74, founder and chairman of holding company Konami, said around this time. "Make more efforts to create social games." 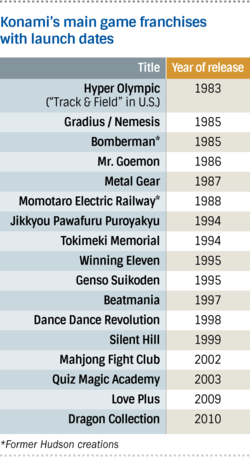 When Kozuki said this, the market for console games was contracting. As consoles became more sophisticated, it became more expensive to develop games for them. And sales of game consoles were on the decline. Titles cost several billion yen to develop and it became increasingly difficult to recoup investments. Kozuki thus appears to have seen social games as a new, potentially lucrative field.

In the fiscal year ended this March, Konami's consolidated sales totaled 218.1 billion yen; the game business accounted for 96.9 billion yen, down a little more than 40% over the past decade. Of total game sales, social games made up 40%, thanks to the success of "Dragon Collection." Meanwhile, the earnings from video and arcade games are estimated to have slumped about 66% over the past 10 years. The bulk of the 13.2 billion yen operating profit for gaming appears to have come from the social kind.

Gamers took to the Internet after hearing that the creator of the "Metal Gear" franchise, Kojima, had been sidelined at Konami. At the time, "Metal Gear Solid V" was six months from release. Alarmed by the online reaction, Konami said, "We will work on the development of new games in the franchise." Gamers, though, love Kojima. Without him, they may lose their loyalty. "It's because of him that the series is so solid," was a sentiment heard again and again.

The company, which has been supported by talented workers and popular games, is wobbling. "Konami's product development capability is suffering because talented staff are quitting the company in droves," one official who has now left the company said. "Since there are few people in top management who possess the foresight to accurately predict the future of gaming, Konami is focusing on the short-term, for which it is easy to draw up plans and recoup investments."

Compounding workers' distrust of the management is a lack of transparency. Konami is widely known for its policy of tightly protecting information.

Konami employees, for example, are not issued personalized email addresses. Workers who have to deal with the outside world such as those in the marketing division are given addresses that randomly combine letters and five numerals. Such addresses are replaced every few months. Workers can go outside for lunch for an allotted time. How much time they spend outside is measured. Those who stay out for longer than they should are named and shamed. Surveillance cameras in offices and hallways are used to monitor employees as they work.

In spring last year, Konami was shaken by what is known in its corridors as the "Facebook incident." A former Konami worker wrote on the social media site that he had received a job offer at another company. Several Konami workers liked the post. The thumbs up got them transferred to new assignments. Those transferred are said to have included capable managers who were trusted by their subordinates. Konami's tacit message is that anyone who leaves is a traitor.

A game company has only two assets: game titles and workers. Customers are attracted to good games and talented developers. Konami might be losing fans as it is not treating these assets well. Shortly before it marks its 50th anniversary, Konami is in a state of transition. Its costly video game business may continue to shrink, saving the company money in the process. Will it use the funds to bolster its social game business? Will it focus on other areas of its overall business, such as making slot machines? Or will it embark on a totally new path? Whatever happens, Kozuki may not see a future for the former Konami, which is so beloved by gamers.

Kozuki, as of July 31, had declined to comment to The Nikkei.