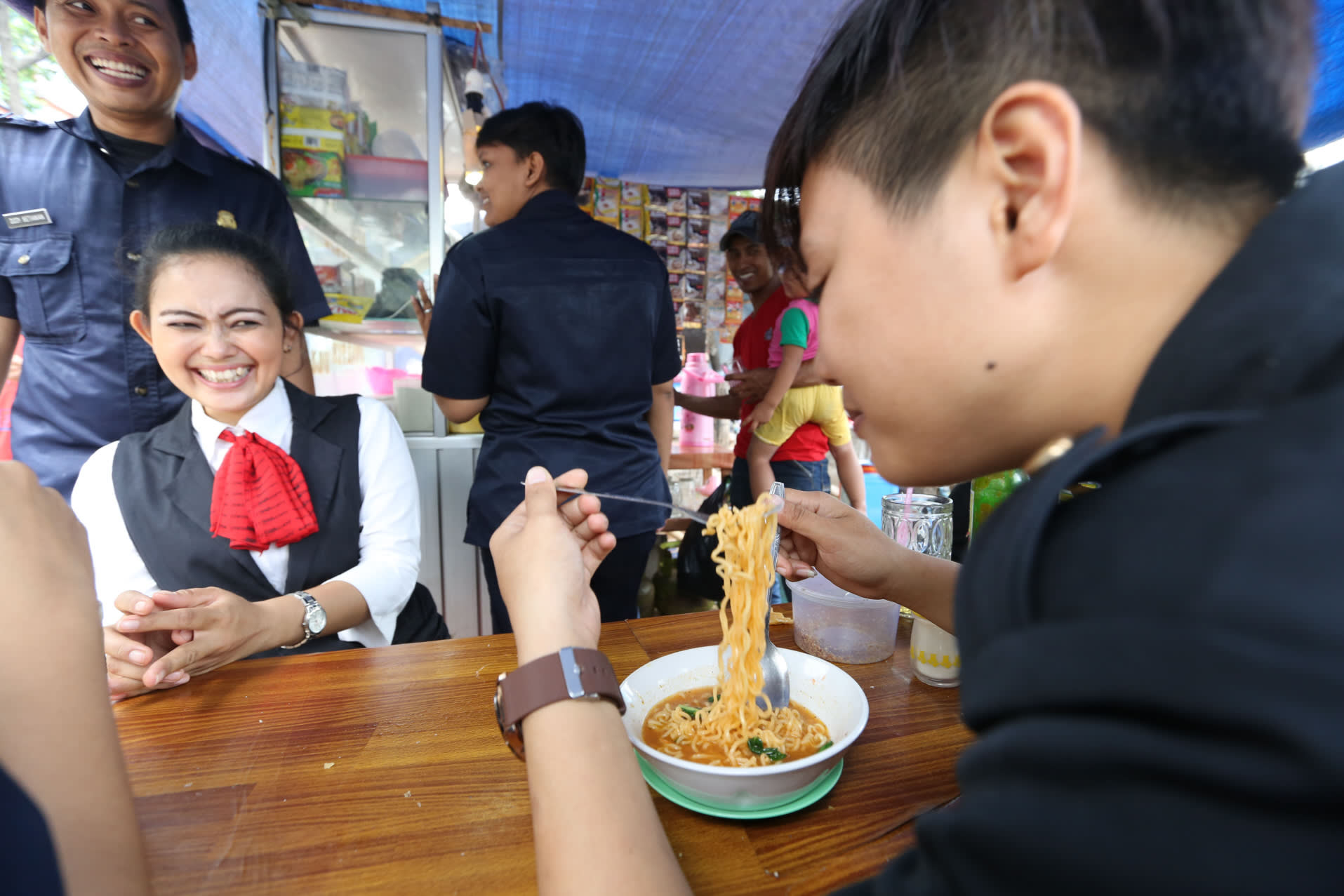 With its Indomie brand, Indofood controls more than 70% of the Indonesian market for instant noodles. (Photo by Keiichiro Asahara)
September 24, 2015 00:00 JST | ASEAN
CopyCopied

To sharpen its competitive edge, the group is partnering with Japanese and other international companies. Salim also aims to get into Indonesia's nascent e-commerce sector.

Chairman and CEO Anthoni Salim recently sat down with The Nikkei for a rare interview. Excerpts follow.

Q: Salim Group has a diverse array of businesses. Which fields are you focusing on?

A: We have several assumptions in our business mindset. First, the world population is said to increase by 50% in the next 30 years. Also, the world is getting very compact because of technology and telecommunications -- we share information almost instantly. We think about what [will be] suitable for the new population.

Based on this, we are focused on production of primary products, such as sugar, profiling of customers, technology and [end] products. These form a very good base in order to make a good business. The rest is how to interconnect.

Q: Why are you expanding abroad?

A: You have to go back to 1998 when we had the Asian crisis. It was a good turning point for at least Salim and some of the other Association of Southeast Asian Nations' companies. A lot of companies have been changing the business model. We are no different. We would like to grow not only domestically but regionally, to have a better market and balance. Being in Indonesia, ASEAN is certainly an important market for us.

Q: Indomobil, your automotive business in Indonesia, agreed to establish a joint venture with Japan's Seino Holdings. What do you hope to achieve?

A: We are ready to participate in e-commerce in Indonesia, which is just beginning. If you want to be successful, logistics, transportation management and information technology architecture have to be very strong. Seino has many systems engineers and has a lot of experience with [leading] IT companies.

We already work with Japanese companies such as transcosmos, D.A. Consortium and NTT Docomo, as well as (Germany's) Rocket Internet. I think we can also learn from Rakuten and SoftBank.

Q: Why is Salim Group increasingly partnering with Japanese companies?

A: Japanese companies have good products, good processes and, more importantly, experience. On the other hand, emerging markets such as ASEAN, which has a population of 600 million, have great potential. It is very good to bridge [the two].

A: To be honest, Japan is a very [close-knit] society. So we have to be good friends for a long time: In ASEAN we get married in six months; in Japan, maybe six years. But we hope [to find] more opportunities.

Q: The rupiah has fallen to the lowest levels since the Asian financial crisis. Is Indonesia facing another crisis?

A: No, "crisis" is [about] perception -- not the fundamentals. Indonesia has more than $100 billion in reserves. The banking system is very strong. Since 1998, the corporations have not been overleveraged. And we have a good president who can make hard decisions. Indonesia is also a big market. And more importantly, Indonesia is the best democracy. Give time, it will be OK.

Q: What about China? What are your prospects there?

A: We have different criteria for China, because China is a different market and has a different structure. For the time being, Japan is much more interesting because there are so many products and so many services.

Q: Have you made succession plans?

A: I don't have the answer yet. But I am not worried, because each generation has its own solution. I have a philosophy: Never regret yesterday, enjoy the present and never fear tomorrow. My father would never [have thought] Salim would be what it is today.