Indonesia deals with its divide 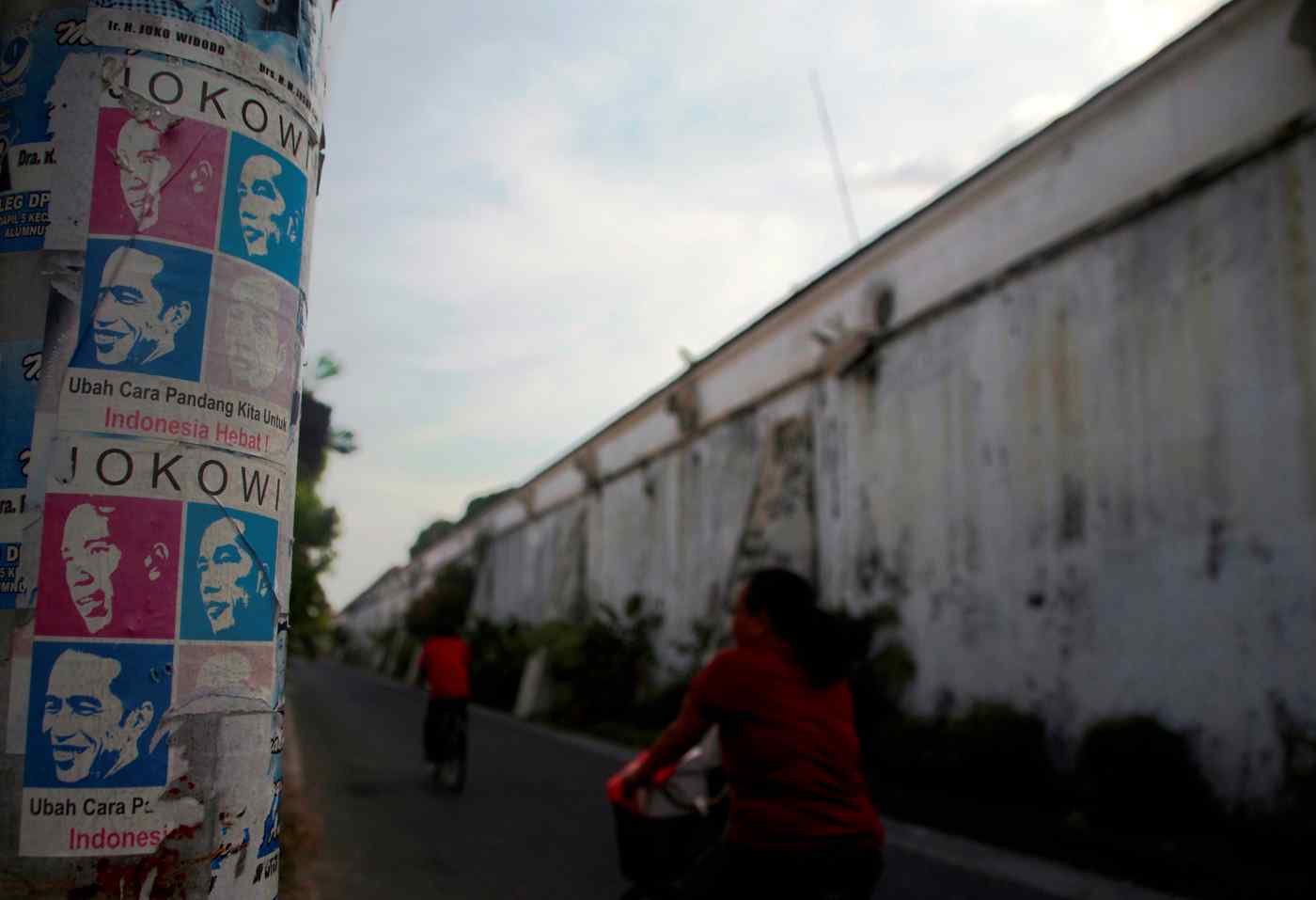 JAKARTA -- Indonesia will hold regional elections on Dec. 9, but Mardiana Deren, a land rights campaigner from the Dayak ethnic group, is of two minds as to whether the poll will make any difference.

Deren has sought to curb the clearing of forests and spread of oil palm plantations on Kalimantan, also known as Borneo, but she despairs of getting political support for her cause.

"I have not found any candidate who could be a sympathizer and not sure I would find any," she said. Despite being an award-winning activist, Deren was noncommittal about running in the elections herself. "I would need a lot of money to stand," she said, discussing how parties and candidates have to find the cash to run often expensive election campaigns. Outlays often blur the line between legitimate expenses and outright vote-buying and can leave the winning candidate in debt to powerful businesses.

After the Asian financial crisis of 1997-98 and the fall of the Suharto dictatorship in 1998, Indonesia implemented an ambitious decentralization program in the early 2000s, granting some political and economic decision-making powers to provincial and local authorities and allowing the direct election of heads of local government and regional assemblies.

"Envisioned as a means of restoring political rights to citizens, disrupting the country's pervasive patronage networks and quelling calls for regional autonomy, Indonesia devolved extensive governmental responsibilities to the subnational level," wrote academic Harold Crouch in a 2010 study of Indonesian politics after Suharto.

But a decade and half on, there remain vast disparities between Indonesia's better-off western islands of Sumatra and Java on the one hand and poorer eastern islands and regions around Sulawesi, Maluku, Papua and Nusa Tenggara on the other. This is despite hefty financial transfers from the central government to the regions -- 596.5 trillion rupiah ($44.4 billion at current rate), or 30% of government spending, in 2014, up from 81.1 trillion rupiah in 2001.

Responding to a survey that indicated 60% of Indonesia's regional governments had failed to bring about increased living standards since decentralization, Home Minister Tjahjo Kumolo said in February that those regions had not raised their own revenues sufficiently. The minister placed the blame for this with corrupt local leaders. Around one-third of district heads have been investigated by the Corruption Eradication Commission, the anti-graft agency known by its Indonesian acronym KPK. The string of scandals almost saw Indonesians lose their right to directly elect local leaders when the nation's parliament voted on the issue in September 2014.

Likely tempted by the prospect of handouts from Jakarta, local politicians and their allies in Jakarta lobbied for the creation of more administrative regions. As a result, the number of such regions swelled from 314 in 1999 to 542 in 2014 -- a proliferation President Joko Widodo wants to halt.

Widodo has pledged to look beyond Java, Indonesia's economic powerhouse, as he attempts to implement a vast and costly infrastructure modernization program. By improving sea and air links between Indonesia's far-flung islands, the program could eventually help spread wealth more equally across the archipelago.

Java is home to 60% of Indonesia's population of 250 million and produces almost 60% of its gross domestic product, despite occupying only 7% of the country's land area. Together, Java and Sumatra account for 82% of GDP, with the remainder spread across a vast region of far-flung islands, from Kalimantan to Nusa Tenggara to Sulawesi and eastward to Maluku and Papua.

The figures for manufacturing show an ever greater focus on Java, which hosts 83% of all manufacturing plants in Indonesia, according to government statistics.

Even with economic growth some 2.5 percentage points below Widodo's annual goal of 7%, Java is bucking the overall trend, with growth on the island topping 5% in the first three months of 2015. Resource-rich provinces such as Aceh, East Kalimantan, Papua and Riau, meanwhile, all saw their economies contract over the same period, as demand slowed and prices fell for coal, copper, gas, oil and palm oil.

But that is not to say decentralization has been a failure. After all, Indonesia is a vast country, stretching 4,800km across and encompassing 13,000 islands and hundreds of ethnic groups. Significantly reducing economic disparities across such a complex behemoth within a decade and a half was never a likely prospect, especially considering that before the colonizing Dutch were forced out in the late 1940s, there had never been a state even approximating the colossal archipelago that makes up modern Indonesia. Moreover, after independence, Indonesia saw decades of tightly centralized government under Sukarno and then Suharto.

Decentralization, when it came, helped bring peace, at least in Indonesia's westernmost province of Aceh. There, a 30-year secessionist rebellion came to an end after the devastation wrought by the 2004 Indian Ocean tsunami, which killed 170,000 people in the province. The fact that decentralization had already been implemented across the archipelago showed the Acehnese that Jakarta was not as wedded to centralized control as it had been in the past, paving the way for a peace deal, the granting of significant autonomy to Aceh and a decade of relative calm compared with the three decades of violence that went before.

Kurniawati Nia, a lecturer at Aceh Polytechnic, said that the dark days of conflict are now little more than a memory. "The relationship is good compared with the previous situation," she said, discussing links between the national government in Jakarta and her homeland in Aceh, on the northern tip of Sumatra. Widodo's vice president, Jusuf Kalla, is popular in the province due to his key role in brokering the 2005 peace agreement.

As for Widodo, the president began his political career as mayor of his hometown of Solo, in Central Java. His rise was facilitated by the ability of Indonesians to directly elect the heads of local government, a key aspect of decentralization. Decentralization, in effect, helped Indonesia acquire its first president from outside the old dynastic and army elites.

But a year into his presidency, Widodo is finding out that decentralization is also, quite literally, fueling the fires of the latest crisis to beset his troubled administration.

Greater regional power, it seems, has helped spur the deforestation that campaigners such as Deren are trying so desperately to fight. According to Abetnego Tarigan, executive director of the Indonesian Forum for the Environment, or Walhi, candidates who need to raise funds for elections are at the mercy of big business, who make donations with the tacit understanding that their interests will be looked after once the candidate takes office.

Fires are used to clear forests for plantations in rural areas of Sumatra and Kalimantan, causing a lung-clogging haze to fall over parts of Indonesia, Malaysia, Singapore and southern Thailand. The upcoming elections are only exacerbating a problem that has already soured Indonesia's relations with its neighbors.

"Leading up to the local elections, the number of the concessions awarded has increased sharply. One billion rupiah for an estimated 1,000 hectares of forest. It is so enticing for local administrators," Abetnego told a forum in Jakarta on Sept. 19.