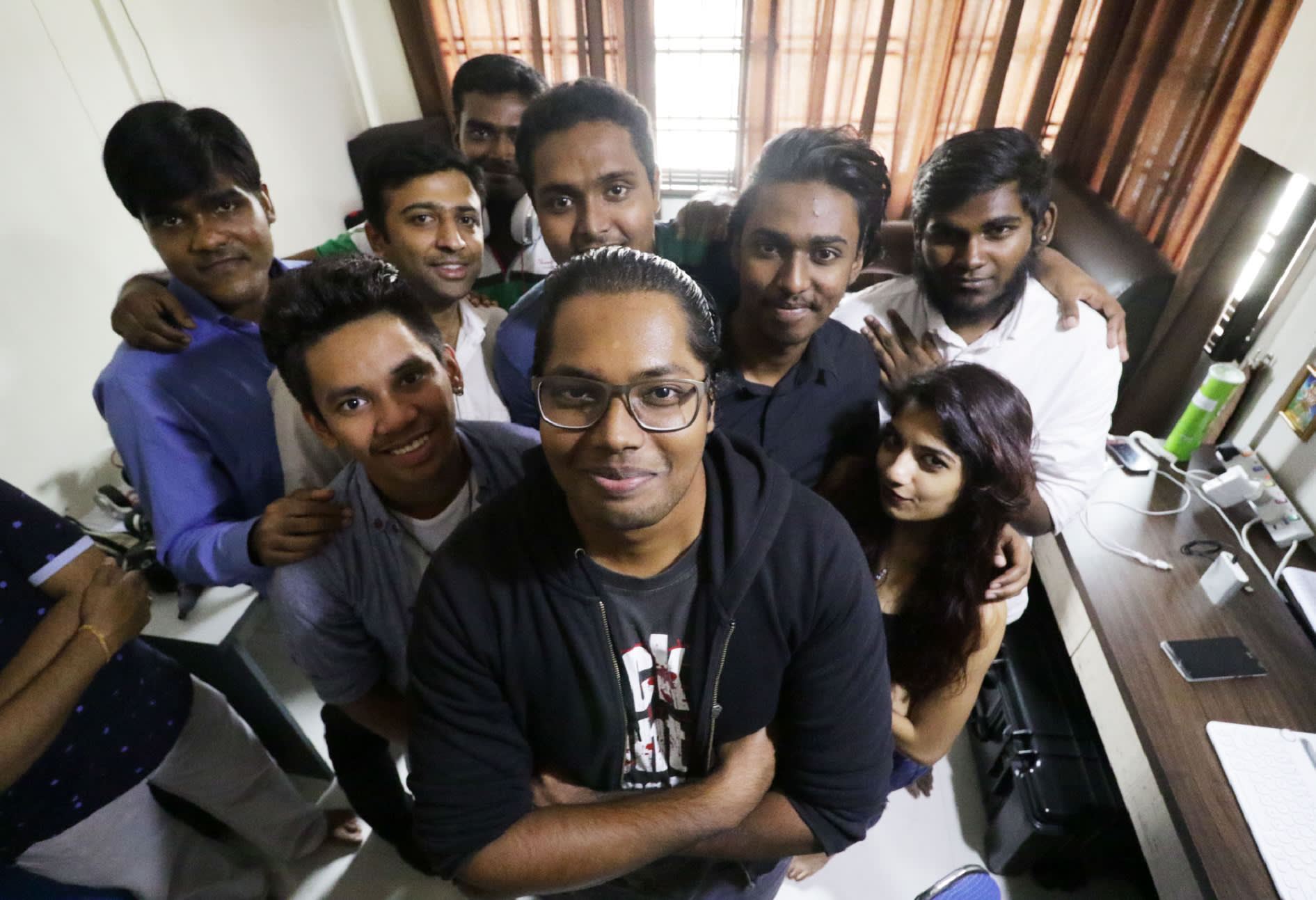 SINGAPORE -- A crowd of young Indians were strolling around a public housing block, laughing and chirping away in Tamil. Senthil Nathan followed them, staring intently at his video camera. "Cut," he said, and a smile appeared on his face.

This is a typical weekend for Nathan and the members of his filmmaking group. The 23-year-old Singaporean with Indian roots is currently shooting his first indie feature film in Tamil.

By day, Nathan is a TV director for the national Indian channel Vasantham. He entered the film world at the age of 15, when he moved to India to learn filmmaking skills in Bollywood. Starting off as a "light boy," he worked his way up to become a cinematographer and director. Nathan feels Indian films have a particular charm that lets the "audience switch off their brains and have a good laugh."

In early September, the Bollywood actress Seema Biswas was busy filming in Little India in Singapore. Instead of Bollywood co-stars, she was surrounded by Singaporean cast and crew working on a Tamil feature film, titled "A Yellow Bird." At the Cannes Film Festival in 2014 the film was chosen for Cinefondation's Atelier, a program that puts emerging filmmakers in touch with industry professionals for international funding.

The film is directed by K. Rajagopal, an independent Singaporean filmmaker whose great-grandfather migrated from India. He began exploring his Indian roots when Singapore saw an influx of South Asian migrant workers in the 1990s. "I never saw myself as an Indian before then. All my friends were Chinese," he said. "Suddenly, people were asking me where I was from."

Curious to explore his own culture and the lives of a "new minority," he began talking to foreign workers residing in Little India. His first short Tamil film, "I Can't Sleep Tonight," was about an illegal prostitute in the district. The film won the special jury prize at the Singapore International Film Festival in 1995.

His films illustrate marginalization and a search for belonging through various struggles of the Indian diaspora. In "A Yellow Bird," Biswas plays the mother of a Singaporean-Indian ex-convict. Rajagopal's recent work, part of an anthology entitled "7 Letters," was based on internal conflict in his family that arose when they were offered British citizenship in the 1970s as the British army pulled out of the city-state.

Southeast Asia is starting to overtake Europe as a shooting location for Indian films, thanks to lower costs and a wider variety of scenery. Malaysia, for example, has beaches in Penang and mountains in Sabah, as well as Kuala Lumpur, with its Chinatown, Little India and colonial-style buildings.

Malaysia wants to capitalize on this opportunity. In 2013, the government introduced a program to rebate 30% of the total production costs for films shot or post-produced in the country. To qualify, filmmakers must hire Malaysian nationals for 30% of the crews. Around 15% of films approved for the program so far are Indian. A slump in the ringgit against the dollar is an added plus.

Singapore is also competing to attract Indian filmmakers. Media Development Authority Singapore funded the production of the film "Chennai Singapore," set to be released in June 2016. This will be the maiden movie collaboration between Singapore and Kollywood -- the nickname of the Tamil cinema production center in Kodambakkam, India.

Today's Southeast Asian film industry has yet to see global success like that of India's. "Maturity of democratization and development of the film industry definitely have a correlation. India is a testimony to that," said Anjali Roy, a professor at the Indian Institute of Technology Kharagpur. The Indian influence could become a catalyst for the region's film scene to take off.