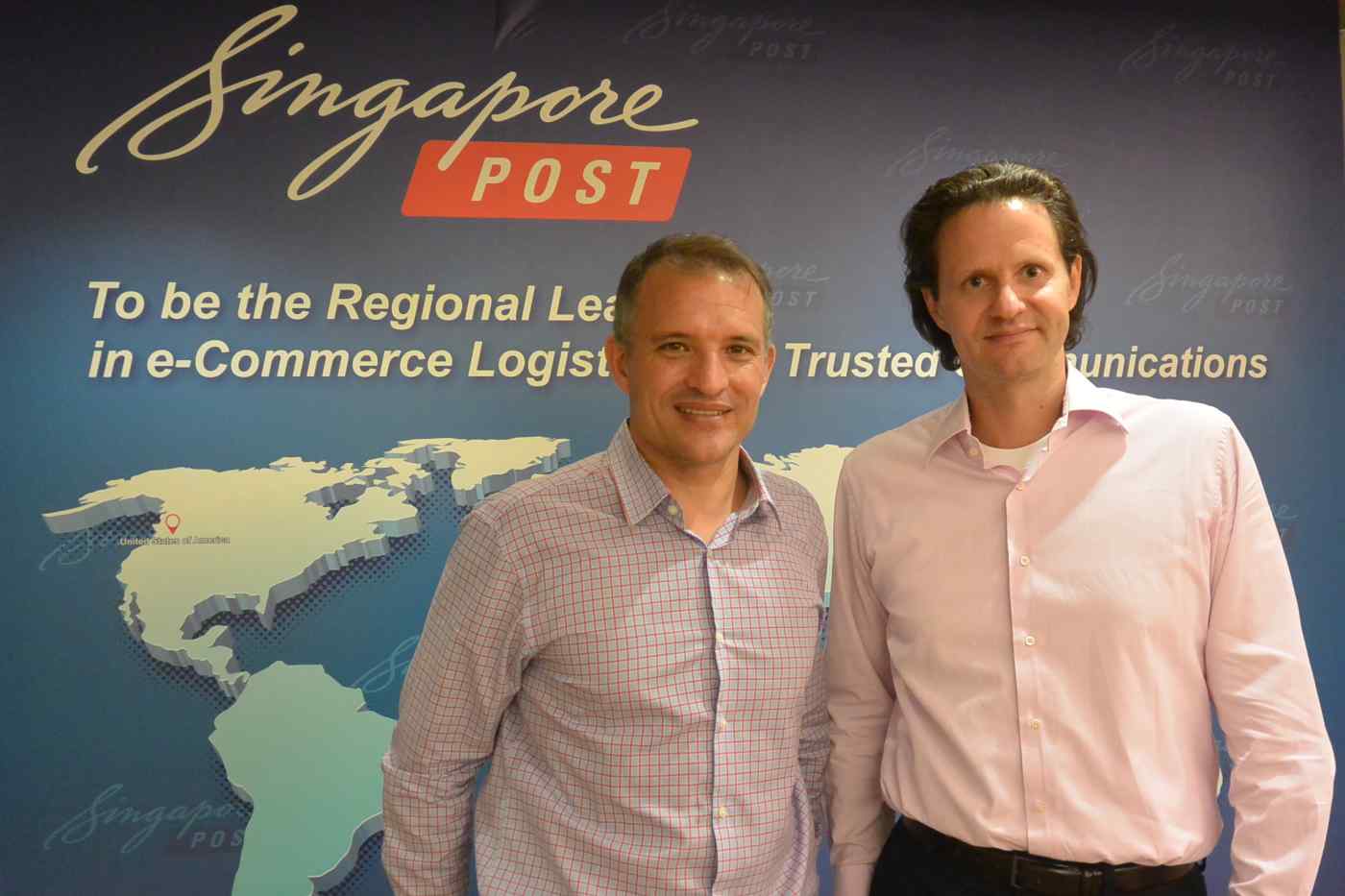 SINGAPORE -- From its origins as a postal company in a small island state, Singapore Post is forging ahead to become a power in global e-commerce logistics. This month, the company announced it is acquiring two U.S.-based companies, TradeGlobal and Jagged Peak, for a total of $184.4 million. The deals mark SingPost's first foray into e-commerce logistic business in North America.

In an interview with the Nikkei Asian Review, SingPost CEO Wolfgang Baier said entering the U.S. will allow SingPost to "cover two-thirds of the global e-commerce market," and position the company as "one of the global leaders in e-commerce logistics."

TradeGlobal and Jagged Peak may not be famous names among consumers, but they are major drivers behind the U.S. e-commerce industry. Both companies provide e-commerce solutions to global companies, covering the whole chain of operations from website creation to warehouse management, fulfillment and delivery through partner transport companies.

The idea behind the acquisitions is to create a one-stop global e-commerce service to clients, in both the Asia-Pacific region and the U.S. by linking operations in North America with SingPost's logistics network in Asia-Pacific. "Our clients [in Asia] have been asking, 'Why are you not in the U.S. and Europe?' The whole business model is becoming much more global," Baier said.

The acquisitions by SingPost reflect two important factors for prevailing in e-commerce: speed and technology. With the addition of the two new companies, clients in both the Asia-Pacific and the U.S. will be able to build their own branded websites and start selling their products within three months. Connecting the added warehouses in the U.S. and SingPost's international freight-forwarding capabilities will boost efficiency in transporting products across the Pacific Ocean.

Jagged Peak also has strong capabilities in omni-channel technology, which allows brands to sell online through multiple channels, including mobile devices and computers, while managing stocks for both online and brick-and-mortar shops in an integrated system. "This increases the amount of products available for customers, which then increases the brand's revenue," said Marcelo Wesseler, CEO of SingPost subsidiary SingPost eCommerce. "That is our mission in life." SingPost is investing in warehouses and snapping up smaller logistics companies to transform itself into a global e-commerce player.

Wider exposure to international brands was another key element behind the acquisitions. The two U.S. companies and SingPost combined will run branded e-commerce websites for some 100 brands, a significant boost from around 20 brands for SingPost alone. Jagged Peak mainly serves fast-moving consumer goods producers, while many of TradeGlobal's clients are global luxury fashion and cosmetic brands. According to TradeGlobal's website, its clients include Shiseido, Versace and Tory Burch.

SingPost has a strategic partnership with Chinese e-commerce giant Alibaba Group Holding, which is now the second-largest shareholder of SingPost after Singaporean state investment firm Temasek Holdings. Tmall, a business-to-consumer e-commerce platform run by Alibaba, has a wide market capture in China. Baier thinks the two acquisitions in the U.S. will help brands succeed in China. "Usually, brands list their items on Tmall, and they also set up a '.cn' website. And that is what TradeGlobal is very good at," Baier said. He added that the volume of shipments from Alibaba sellers has been growing since the partnership began.

SingPost's organic growth plan also serves its intention of going global. The company is injecting some 182 million Singapore dollars ($130 million) to build a new SingPost Regional eCommerce Logistics Hub in Singapore. Due for completion in 2016, the three-story, 51,400-sq.-meter facility will serve as an entryway for international brands looking to sell online throughout Asia. "The customers can see which markets in Southeast Asia have demand, put [inventory] here in Singapore and ship it out overnight to Indonesia, Thailand, South Korea and so on," said Baier.

According to U.S. research company eMarketer, the size of the global B2C e-commerce market will reach $1.7 trillion this year, and is projected to reach $2.35 trillion in 2018. North America and Asia Pacific together currently make up 65.1% of the global market.

Standard & Poor's says the two U.S. acquisitions "will add geographic diversity to SingPost's still largely Asia-focused operations," according to its recent report. S&P analyst Bertrand Jabouley expects SingPost to seek more acquisitions. If it is a substantial purchase, "we are more tempted to believe that it would receive more equity from Alibaba," Jabouley added.