An answer for Agent Orange 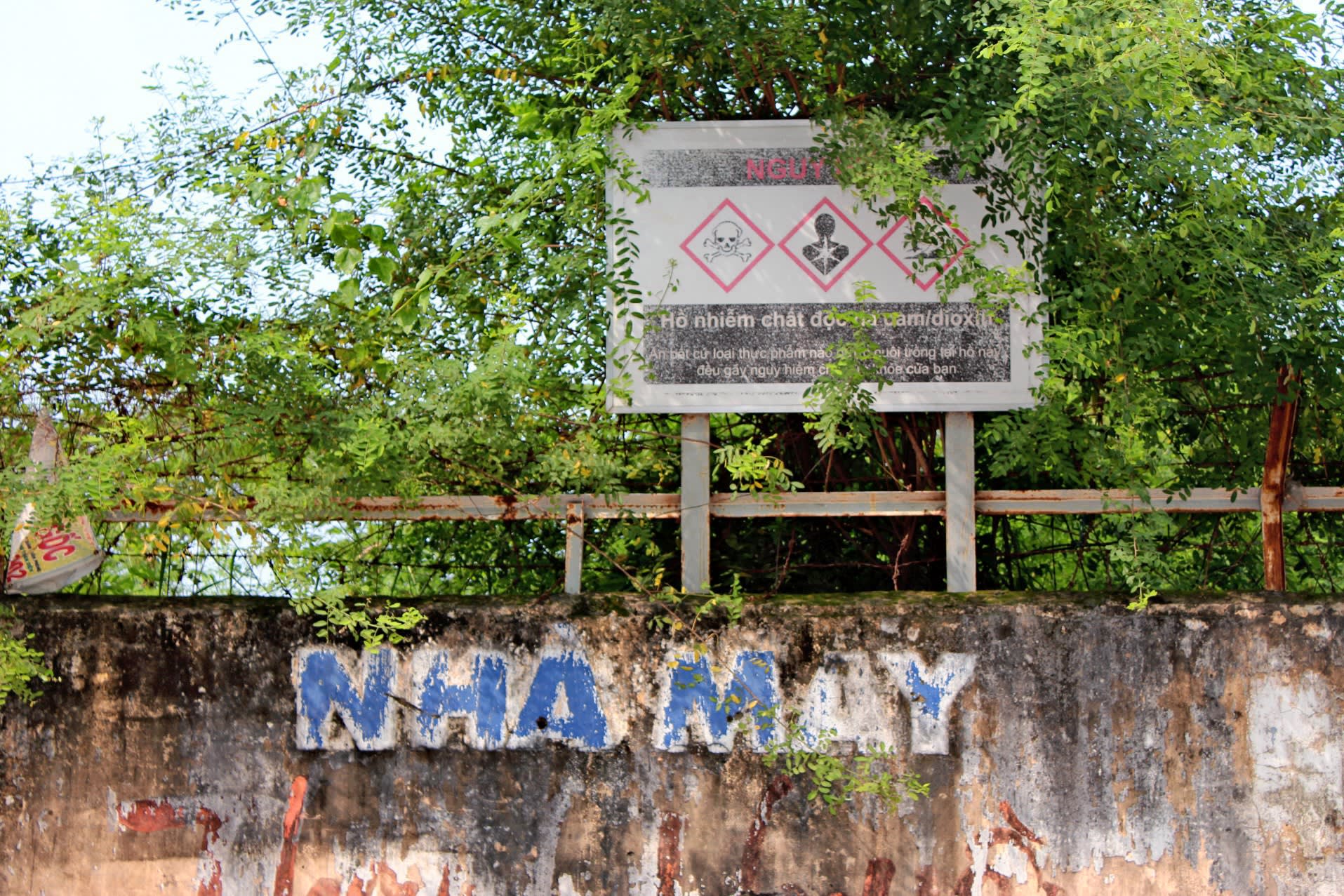 HANOI Forty years after the end of the Vietnam War, parts of the country remain contaminated by the defoliants the U.S. military used to deny its enemy the cover of the jungle. Now, technology developed in Japan may be poised to help cleanse the land. 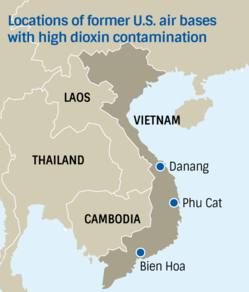 LINGERING DANGER   During the war, the U.S. military had an airfield in Bien Hoa, in the southern Vietnamese province of Dong Nai -- about an hour's drive from Ho Chi Minh City. The airfield, now used by the Vietnamese Air Force, is "the most dioxin-contaminated place in the world," according to Vietnamese daily Bao Thanh Nien.

U.S. military planes that sprayed chemical defoliants -- the most notorious being Agent Orange -- were washed at the airfield after returning from their missions. The location remains so contaminated possibly because the water used to wash the planes penetrated deep into the soil, carrying dioxins and other toxic substances with it.

Areas around former U.S. air bases in Danang and Phu Cat, in the central and southern parts of Vietnam, are polluted for similar reasons. Along with Bien Hoa, they are known as the "three hot spots." People continue to move into the area around Bien Hoa air base, where levels of dioxin contamination remain high. The former U.S. base is located beyond the wall at the end of the street.

Not far from the Bien Hoa airfield, a promenade rings Bien Hung Lake, but local residents rarely venture near the water. They fear an accumulation of dioxins in the lake bed.

"People who know nothing (about the lake) come here to fish from time to time," said Mai Quoc An, who lives about 200 meters away. "There should be a sign that says 'Danger,'" he added. Instead, there is only a small "No fishing" sign by the shore.

Until about 10 years ago, there was not even a wall around the airfield, according to An.

But with industrial parks being built in Bien Hoa and workers flocking to the city, new homes are rapidly springing up around the airfield. Local authorities -- likely reluctant to alarm new residents with warnings about soil contamination and lacking a viable purification method -- eventually erected the wall that now encircles the base.

PROMISING BUT PRICEY   The Vietnamese government first took note of Shimizu's technology in the winter of 2014. It had been used in the Fukushima Dai-ichi cleanup effort, and at the polluted site of a new wholesale market that will replace Tokyo's Tsukiji Fish Market. Top Vietnamese military officers have praised the technology. 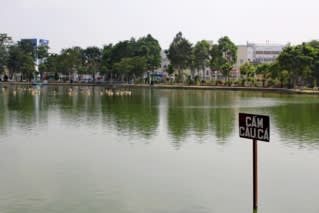 Only a small "No fishing" sign stands by Bien Hung Lake in Bien Hoa, Dong Nai Province, though it is said to be highly contaminated.

Shimizu is now experimenting with soil from the Bien Hoa airfield, raising the possibility of using the technology on the ground in Vietnam.

Vietnam began talks with the U.S. on cleaning up chemical defoliants in 2000 and, in August 2012, launched a project to purify soil in Danang with the U.S. Agency for International Development. With the necessary $41 million raised mainly by the Vietnamese government, the plan is to purify some 80,000 cu. meters of polluted soil by 2016 by excavating it and heating it to a temperature of 335 C.

Shimizu's technology, meanwhile, passes contaminated soil through a sieve to separate reusable dirt from that which needs to be decontaminated. The "dirty" soil is heated to more than 1,000 C, removing contaminants effectively, according to Shimizu officials.

A Vietnamese government agency discussed Shimizu's technology at a symposium on the removal of dioxins, held in Hanoi on Nov. 24.

Cost may prove an obstacle, however. Decontaminating Bien Hoa alone is estimated to cost $250 million.

MILLIONS OF VICTIMS   Frustrated by the guerrilla tactics of North Vietnamese forces operating from the jungle during the Vietnam War, the U.S. military sprayed 44 million liters of Agent Orange from aircraft between 1961 and 1971. At least 4.8 million Vietnamese people were directly affected by the toxins; many of them died. The suffering continues, with millions of children having been born with birth defects. The former U.S. air base in Bien Hoa, Dong Nai Province, has been called "the most dioxin-contaminated place in the world," but as little as 10 or so years ago, there was not even a wall around it.

In Dong Nai, there are 9,114 people afflicted with a total of 17 different health effects, including limb deformities, cerebral disorders and pediatric cancer, according to a local dioxin victims association.

The government has repeatedly tried, and failed, to purify the soil, said Nguyen Dao, the head of the association. "We have to find new sponsors who offer new technology and financing."

The government provides each dioxin victim with 1.8 million dong ($80) a month, Dao said. But many sufferers are ineligible for this support and instead receive only 200,000 dong in physical disability assistance.

People are designated as dioxin victims based on whether their parents fought in the war, not their physical condition, she said.