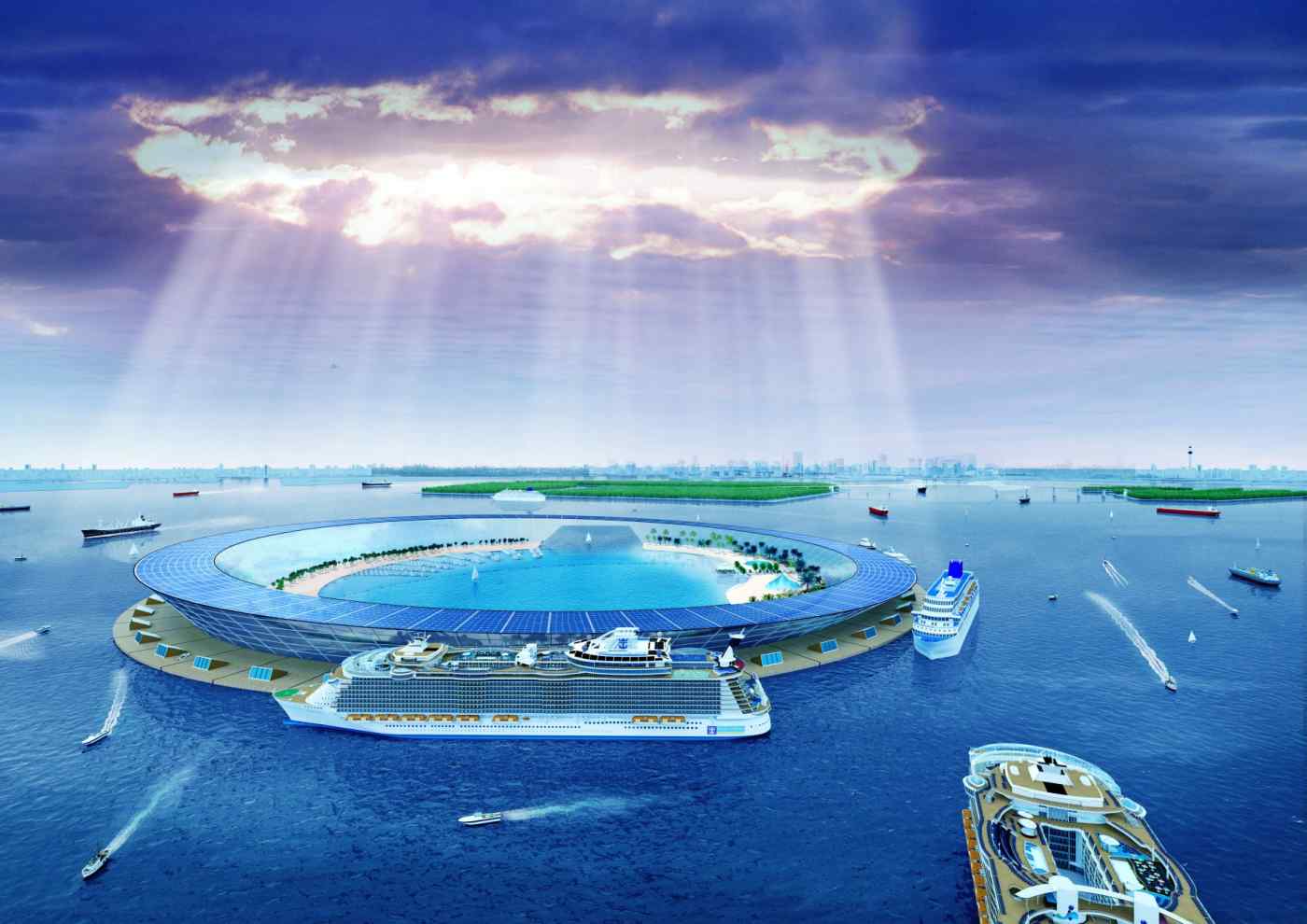 Obayashi's concept would provide a new gateway to the ocean with a large cruise ship terminal in Tokyo Bay off Haneda Airport.
December 24, 2015 12:00 JST | Japan
CopyCopied

TOKYO   Leading Japanese real-estate developer Obayashi has unveiled a concept that would transform Tokyo into a city of water after the 2020 Olympic Games. The plan, dubbed Smart Water City Tokyo, calls for, among other things, the construction of a gigantic tunnel 14km in circumference and 50m underground. The tunnel would store rainwater for use by commercial facilities, as well as serving as a waterway for amphibious vehicles and ensuring the smooth running of the city.

According to Obayashi, Tokyo is one of the few cities in the world with a serious water shortage. The city relies on neighboring prefectures for residential and commercial water supplies. At the same time, Tokyo has often been the recipient of sudden and unexpectedly heavy rainfall. The Smart Water idea was inspired by Tokyo's past, when it was still called Edo -- a city that used water smartly to run its daily operations. The concept calls for the construction of a gigantic reservoir 50 meters underground.

Under the concept, rainwater would be collected at various locations, including office-building rooftops, and directed underground where it would be stored in the reservoir and shared among various commercial facilities. About 40% of the water would be directed toward miscellaneous use, such as flushing toilets. The reservoir pathways would lead in and out of districts such as Yaesu, Ginza and Roppongi to double as transportation infrastructure.

The proposal also provides for a new gateway to the ocean with the construction of a large circular cruise ship terminal a kilometer in circumference in Tokyo Bay, just off Haneda Airport. The terminal, which would be built on a huge Mega-float structure, would house hotels and retail stores. A shuttle ferry would connect it with Haneda and Tokyo Station. 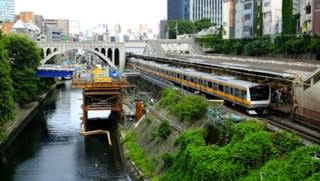 The concept includes the creation of canals through the urban center. The Honjo-Fukagawa district and the area around the Imperial Palace would have waterways and canals running through them. Running water through the Kanda river, Uchibori (inner moat) and Sotobori (outer moat) would improve water quality and the landscape, which would in turn drive tourism.

Back in 2012, Obayashi unveiled a space-elevator concept. This water-city proposal is the second part of the company's future-city concept. The company said it has not made any moves yet to materialize the idea.