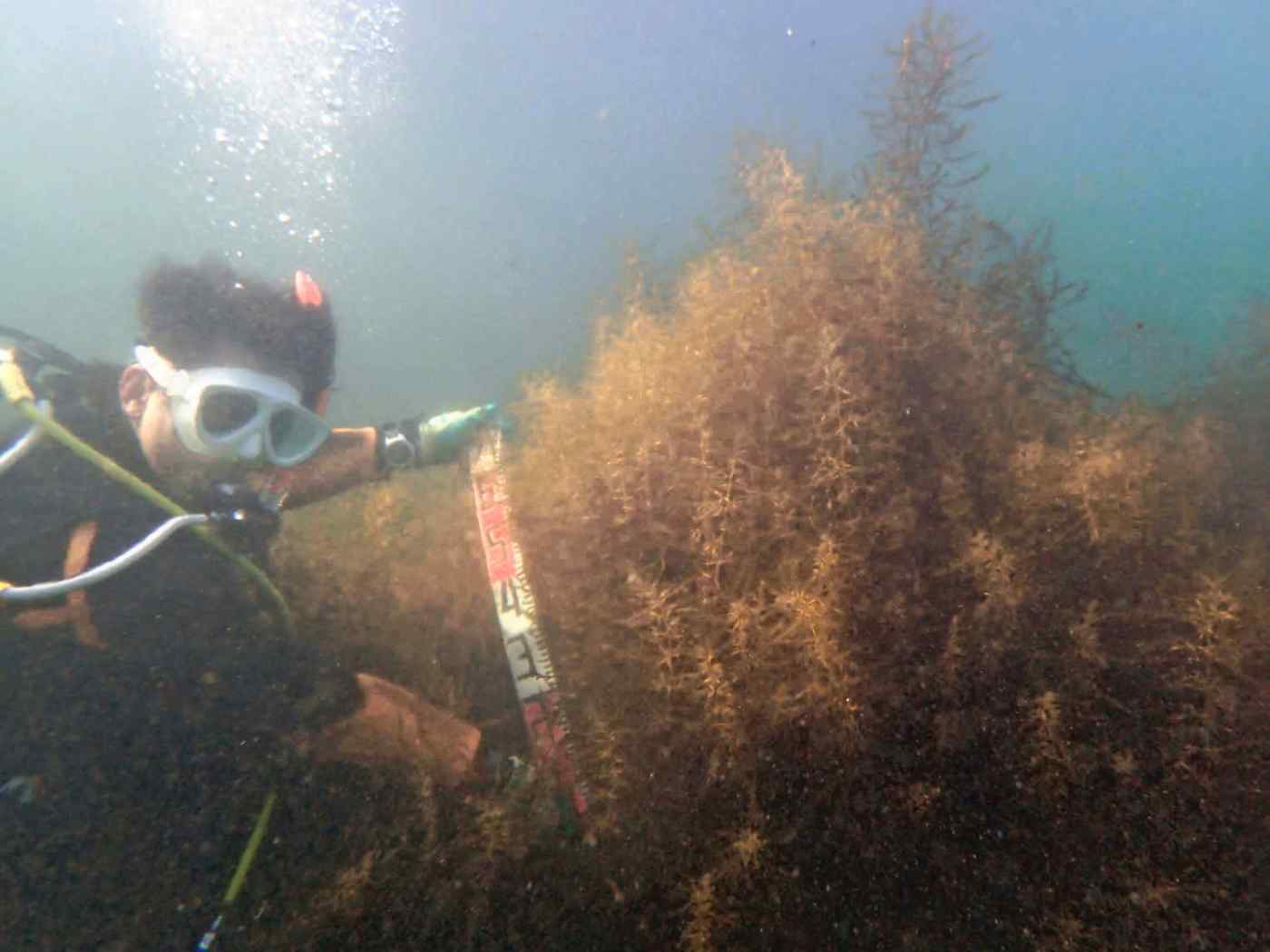 TOKYO   Until recently, preservation efforts related to marine and riverine environments focused mainly on water purification, but the task now encompasses a range of viewpoints, including fisheries, ecosystems and biodiversity. The development of technologies and products to promote richer as well as cleaner waters is more active than ever. Working in partnership with Ajinomoto and Tokushima University, Nikken Kogaku, a leading manufacturer of wave-dissipating blocks, recently developed an "environmentally active concrete." Impregnated with amino acids, the concrete helps promote the growth of algae.

The land ministry's Tohoku Regional Development Bureau recently called for private-sector participation in an experiment to create a seaweed bed in the port of Sakata, Yamagata Prefecture. Among the participants was a group consisting of Nikken, local contractor Hayashi Kensetsu Kogyo, 2nd Reef diving school, Tohoku University of Community Service and Science, and others. In May, the group sank some flat-surface concrete blocks with added amino acids. The result was 1.5 meters of seaweed growth by October.

The project began with Ajinomoto, which was looking for ways to expand the market for amino acids and asked some general contractors and other companies to work with the major food product maker. Many turned down the idea, but Nikken President Takaki Yukimoto, wanting to revolutionize the use of concrete blocks, gave the go-ahead for joint research. Then Tokushima University came on board for joint development.

The group tested about 10 varieties of amino acids, and found, for instance, that glutamine prevented the concrete from hardening. After many experiments, such as changing the proportions of each amino acid, they found arginine to be best in terms of cost and function.

Arginine added to concrete slowly seeps to the surface of the block, promoting algae growth and attracting fish with its special odor. In the sea, algae feed abalone and turban shells, and in rivers, sweetfish. Through photosynthesis, algae absorb not only carbon dioxide, but also nitrogen and phosphorus, resulting in cleaner water.

In the experiment, micro-seaweed on the amino acid-treated concrete grew 5-10 times faster than on the surface of conventional concrete, and volume per unit area was up to roughly three times larger. The effect lasts 5-15 years. "The amino acid concrete has a long-lasting bioactive effect," Yukimoto said.

The group has developed several new concrete products: blocks to build wave-dissipating walls, blocks placed on the surfaces of larger blocks, and panels to attach to the blocks. Combined with metal ingots, these blocks can be used to build artificial reefs. They are now used in 70 locations around Japan. Joint development has begun with environment-conscious European companies.

PRIORITY ON BIODIVERSITY   In October, the Law Concerning Special Measures for Conservation of the Environment of the Seto Inland Sea was revised. It now focuses not only on preserving water quality and related restrictions but also places higher priority on fisheries and biodiversity. Wetlands and seaweed beds are necessary for fish and other marine life to thrive, but land reclamation and revetments have reduced them nationwide. The revised legislation presents all-encompassing environmental measures, so more attention will be paid to the preservation, revitalization and creation of healthy coastal environments.

The land ministry reports that about 70% of shoreline protection structures in Japan, such as levees and embankments, will be 50 years or older in 2030. "Reshaping straight-down embankments to gently sloping designs for better environmental effect costs a lot, but giving them a slight angle or grooves when reinforcing walls may help create growth environments for seaweed and fish," said Takashi Nakanishi at the Department of Fisheries of Kinki University.

The Consortium for International Fosterage and Environmental Research and Projects in Osaka Bay, a joint effort by government, industry and academia, recently started a research project to develop technologies to help revive the environment of Osaka Bay. Participating are 57 corporations, including Nippon Steel & Sumitomo Metal, Kobe Steel and Osaka Gas, seven universities and local governments. In Osaka Bay, industrialization and land reclamation have worsened water quality. Together Nippon Steel and Toa are testing calcia-stabilized soil, a dredged soil reinforced with steel slag, for filling landscape dips and creating tidelands.