NEW DELHI   As one of the world's fastest-growing economies, India is experiencing huge demographic and social change, with the emergence of a growing middle class and its newfound buying power. India's economy is now growing faster than China's, but economic expansion has brought with it a number of new social problems.

Yet where many see a challenge, others see an opportunity. Several Indian tech-savvy startups are now offering innovative and affordable solutions to various social problems that have arisen from the country's rapid growth.

Healthians offers a quick and convenient medical checkup service for busy Delhiites who don't want to take a day off to go to a hospital. One phone call is all you need to get a checkup. A medical specialist comes to your home at the designated date and time to collect your blood sample. The sample is then immediately sent to an affiliated medical lab for analysis and the results are sent to your smartphone later the same day. The service, launched in February 2015, has been an instant success. The number of users, mostly companies and middle-income earners, has grown to 12,000 per month.

Some 50 specialists are on call around the city, meaning that many requests can be met within minutes.

The service is priced at affordable levels for middle-class consumers. A full checkup including liver function and diabetes tests, for instance, is priced at 899 rupees ($13), about 30% of the average cost of a similar examination at a hospital.

Healthians CEO Deepak Sahni says, "Medical examinations at hospitals are expensive because of marketing costs," which he says account for 30% of the costs, and kickbacks paid to doctors by labs, which make up 40%. Of all the health issues facing India as its economy grows, the surge in cases of lifestyle diseases is perhaps the most worrying. In 2015, there were 69.2 million diabetes patients in India, a figure second only to China's.

But less than 10% of India's population undergoes regular physical checkups. Many people avoid medical examinations due to long waiting times and high costs. As a result, many Indians with diabetes develop heart disease and other life-threatening problems without realizing it.

Healthians is currently in partnership with 350 clinical labs, mainly in the capital. The company plans to expand its network of affiliated labs and experts to boost the quality and convenience of its service.

Sahni says, "My mission is to change the mindset of Indians who hate health exams."

By tapping into smartphone technology, Jana Care, a Bangalore-based startup, has managed to drastically reduce the cost of screening for chronic diseases with Aina, a low-cost mobile device and accompanying diagnostic platform.

Users can find out their blood parameters for diabetes easily by attaching the device into the headphone jack of a smartphone and dropping a blood sample onto the test paper.

The device was approved in India last autumn for sale as a medical instrument and has since been put on sale at hospitals and pharmacies.

The instrument itself is priced below $50, and a test costs less than $1. The total cost is one-tenth of what it would be using traditional testing equipment.

CEO Sidhant Jena, a graduate of Harvard Business School, says he started his business in India because of the large size of the market and a desire to help solve health care problems in his native country.

ENVIRONMENTAL CONCERNS   It is not only in the field of health care that new challenges have arisen. India's growth has also spawned some serious environmental problems, not least of which is the seemingly uncontrollable volumes of garbage.

Chellappa Sriram, who spent nearly two decades in charge of the Japanese market at an Indian information technology company, last year established Kankyo Cleantech in Chennai to try and tackle the problem of India's growing mountains of waste using technology developed in Japan.

The company is working with Japanese manufacturers to develop low-cost systems that generate electricity from industrial waste, wastewater and urban garbage. In November last year, the company began a feasibility study for a garbage disposal project at a local government in northern India.

"Since India is also moving toward stricter environmental regulations," Sriram says, "There will be good business opportunities for the company."

Sarvajal, an Ahmedabad-based provider of water supply solutions founded in 2008, has been grappling with the formidable challenge of supplying clean water to people in rural villages and slums.

The company has developed water-purifying devices that can be controlled remotely in the cloud and automatic water supply systems. The products now supply drinking water to some 100,000 people in six Indian states.

Growing concerns over personal security and associated labor regulations have opened up an opportunity for SmartCloud Infotech.

The Pune-based company rolled out "SmartCommute" in January 2015, a shuttle bus services that ferries employees to and from work.

Using smartphone GPS features, the company's control room tracks the buses and monitors the locations where passengers get on and off in real time. When an accident or trouble occurs, the control room immediately calls the police and an ambulance.

A total of 37,000 cases of rape were reported in India in 2014. In order to protect staff from falling victim to sexual assault, companies in India are now required to provide transport for employees who work outside standard business hours.

However, this represents a significant challenge for large companies with thousands of employees and outsourcing the operation of commuter buses has become a must.

The GPS-based SmartCommute service manages every step of the process of tracking large numbers of employees and even allows companies to know when traffic congestion delays staff on their way in to work. 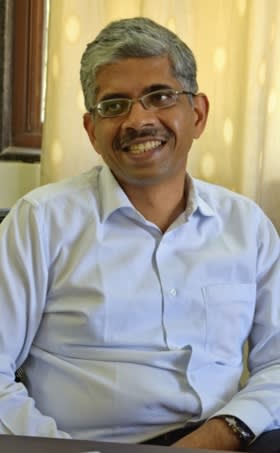 Currently, the company operates the services in three cities, transporting 3,000 employees every day.

The Indian market for commuter bus services is worth $6 billion. "For companies in India, securing the safe commuting of employees is a vital management challenge," says Ajit Patil, co-founder of SmartCloud Infotech.

Growth in India has thrown up many new challenges, but the innovation shown in finding solutions to the country's newfound problems has led not only to financial gain, but has made a significant difference to the lives of many of India's poor. Moreover, they are solutions that are applicable throughout the Asian subcontinent and far beyond.