OSAKA   Induced pluripotent stem cells will soon find their way out of the laboratory and into hospitals, opening the door to treatments for an array of ailments, according to the scientist who discovered this potent tool in regenerative medicine.

The research is "entering the second stage," said professor Shinya Yamanaka, head of Kyoto University's Center for iPS Cell Research and Application, or CiRA. Speaking to The Nikkei at a recent conference marking the 10th anniversary of his groundbreaking discovery, the Nobel laureate said he expects iPS techniques to be used to treat Parkinson's disease, as well as ailments affecting the blood and cartilage, in the near future.

For Parkinson's, Yamanaka's goal is to come up with a method to transplant nerve tissue grown from iPS cells into patients. Kyoto University plans to test the treatment on patients this year or next. Regenerative medicine for blood platelets and cartilage is also nearing the application stage. 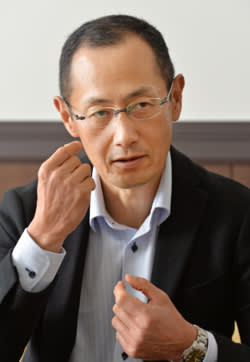 The cells were first put to clinical use in 2014 when a patient suffering from age-related macular degeneration received retinal tissue produced from iPS cells. Clinical research focusing on liver diseases is expected to start in 2019 or 2020, while similar research for kidney diseases will likely begin as early as 2025, according to Japan's science ministry.

Funding is crucial to accelerating the development of iPS treatments. In pursuing research that requires government approval, Yamanaka will "partner with companies to raise research funds," he said. CiRA currently receives roughly 4 billion yen ($35.5 million) annually from the government and about 500 million yen a year in donations.

CiRA reached a joint research agreement with Takeda Pharmaceutical at the end of last year, with the latter providing 20 billion yen in funding over 10 years. The partnership is reportedly already bearing fruit. The center also joined hands with Sumitomo Dainippon Pharma on Parkinson's research and Kyowa Hakko Kirin, another drugmaker, on cancer immunotherapy studies.

The research center plans to tackle cancer and infectious diseases next. "I want to pursue new life-science research using iPS cells," said Yamanaka. He hopes to open a new department on the premises of the center and utilize existing methods to study "next-generation techniques" that will turn cancer cells back into normal cells.

"I also want to do research into infectious diseases like the Zika fever," said Yamanaka. Cells formed by iPS cells can be used to analyze the mechanisms of transmissible diseases, leading to cures, he said. "My dream is that a young person will come upon ideas I haven't thought of and win the Nobel Prize."