Bangladeshi immigrants in Pakistan find it hard to go home 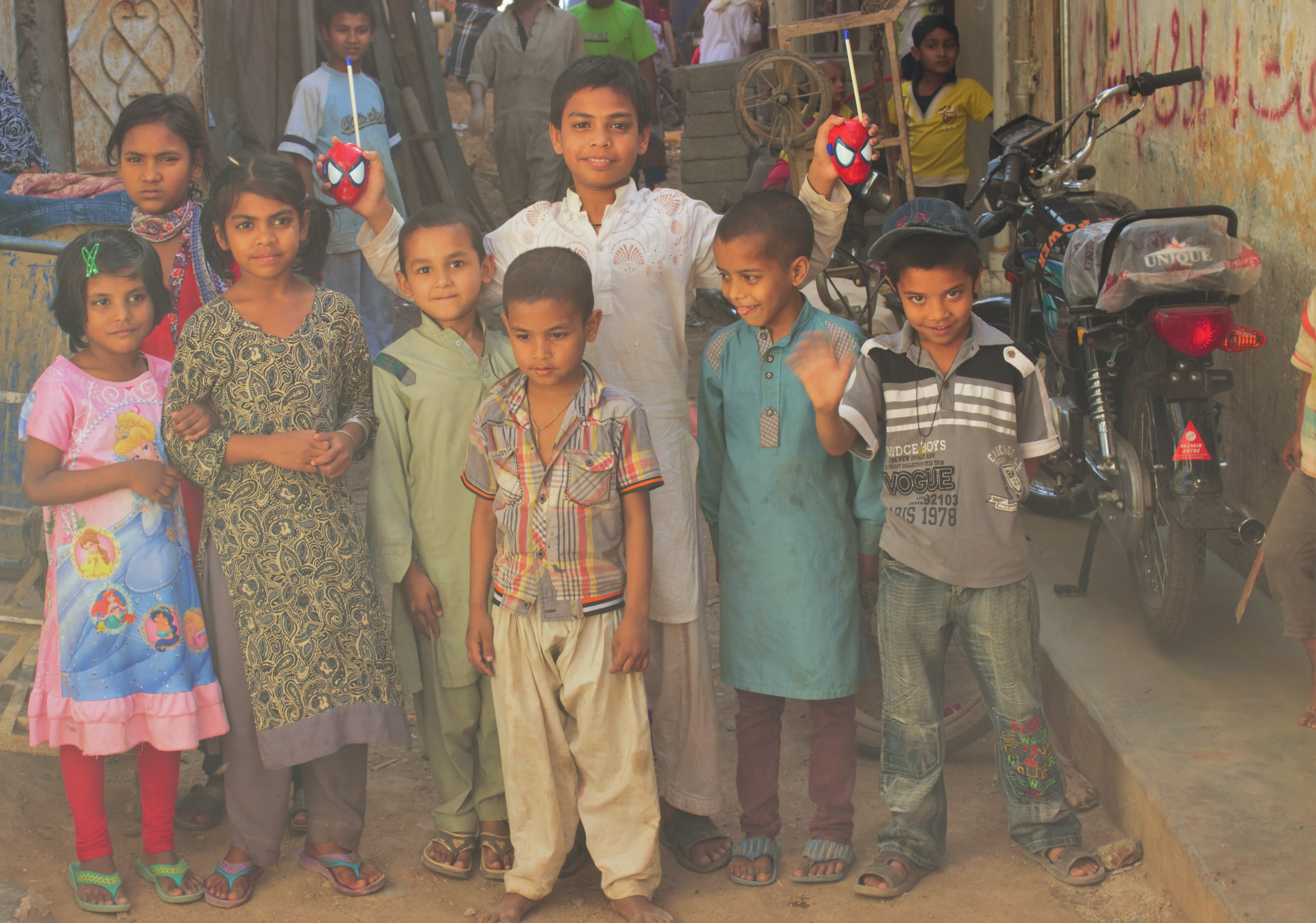 KARACHI, Pakistan   When Kobir Ali arrived in Karachi in 1985, he was an enthusiastic teenager, all set to begin a dream life away from grinding poverty in his native Bangladesh. "I worked as a domestic servant for the first few years here and managed to send money to buy land in Feni, my hometown," he said. "Pakistan was a different country back then."

After 31 years, Ali wants to go home now, even as throngs of other desperate Bangladeshis risk their lives trying to get to Europe, Australia and other developed countries.

Ali worked as a tailor for a textile factory for most of his adult life, but said he had not been able to save enough to send money to his parents in Bangladesh over the last few years. "There is no point in living here. I am becoming poorer every day," he said. He now works from home, making women's clothes. 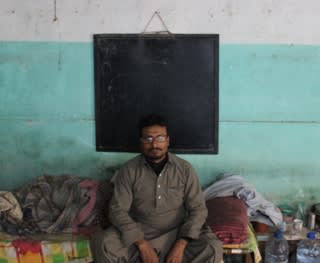 Kobir Ali says he is ready to leave his home in Moosa Colony, a Bengali ghetto in Karachi, to return to Bangladesh, which he left in 1985. (Photo by Ammar Shahbazi)

WANTING MORE   Thousands of illegal Bangladeshi immigrants who arrived in Pakistan in the 1980s are in the same boat as Ali. Then, the Pakistani economy was growing steadily, especially the industrial sector, while Bangladesh was battling extreme poverty.

Now these immigrants say they are trapped by the falling value of the Pakistani rupee against the Bangladeshi taka, tightening immigration laws in Pakistan and an ongoing diplomatic spat between the two countries.

Given a choice, most of these immigrants would prefer to go to Europe, if necessary using human traffickers to travel via Iran and Turkey. Their aim? To earn wages in stronger currencies in developed countries so they can rebuild their lives. But Europe is not an option for many because of the costs and risks involved.

Many Bangladeshis in Pakistan say traffickers have raised their "handling charges" after some European countries began accepting immigrants from the Middle East. The higher costs may also reflect the greater risks run by traffickers because of beefed-up Pakistani security in coastal areas of Baluchistan, on the main route to Iran, following the signing of a China-Pakistan Economic Corridor pact last year.

Bangladeshi immigrants are also keen on the Middle East. But opportunities to go there are few and far between. As a result, Bangladesh's recent and relative prosperity is emerging as the only realistic emigration option.

Bangladesh's Awami League government, led by Prime Minister Sheikh Hasina, has overseen a doubling of exports since it came into power in 2009, despite sporadic political tensions. The textile sector earned 90% of export revenues over that period.

Conversely, Pakistan's growth has slowed, plagued by an energy crisis and the seemingly endless war on terror. The government has had to rely heavily on international financial bailouts, increasing its debt burden. The economy has grown about 3% a year on average since 2009.

"Many factors are responsible for Pakistan's stagnation, but the energy crisis and the security situation stand out," said Sakib Sherani, an economist and CEO of Marco Economic Insights, a research house. "Bangladesh has managed to accelerate production over the years, which kept its balance of payments strong, while Pakistan had to borrow and rely on imports."

TRAPPED AND FRUSTRATED   Formerly known as East Pakistan, Bangladesh broke away from Pakistan on Dec. 16, 1971, after a nine-month civil war. The nationalist Awami League has historically been hostile toward Pakistan, which it accuses of mass murders during the war.

Hasina's government has executed four pro-Pakistani politicians in the last three years, convicting them of war crimes in a controversial tribunal. The sentences drew intense criticism from the Pakistani government, which claimed that the trials were politically motivated, further straining relations.

Bangladeshi immigrants in Pakistan are mostly second-generation laborers who have spent their lives working illegally for the lowest of wages, said Zahid Farooq, a director at Urban Resource Center, a nongovernmental organization active in Karachi. "Historically, they were associated with the industrial sector because they were cheap to hire." Farooq said it was not surprising that many wanted to go back to Bangladesh since economically they were not doing well in Pakistan.

That frustration is shared by hawala dealers, who operate illegal money transfer businesses that Bangladeshi immigrants use to send money home. "The business is as good as dead," said a hawala operator who declined to give his real name but said he wanted to move away from Karachi.

"There was a time, not long ago, when our turnover would even hit a few millions [of rupees] every month, but it has significantly fallen over the past few years as Bangladeshis have stopped sending money. And the cut we get is no longer worth the risks involved in this illegal trade."

An aggressive drive by the Pakistani government to track and block fake identity cards -- an anti-terrorism move aimed at deterring Afghan nationals from settling in the country -- has brought yet more troubles for Bangladeshis.

Most of the estimated 3 million Bangladeshis in Pakistan arrived in the 1980s and settled in ghettos across Karachi. A majority acquired Pakistani identity cards and passports illegally, claiming that they had settled in West Pakistan (now Pakistan) before the creation of Bangladesh.

"Now the officials want proof of family trees, asking us for evidence that our parents were settled in West Pakistan before the 1971 war started," said Momin Mia, a fruit juice vendor who works in Gulistan-e-Jauhar, a middle-class neighborhood of Karachi. "I don't want to go through the trouble anymore. I just want to go back to Bangladesh," he said, adding that the police had extorted money from him.

Farooq said that such discrimination was rampant in Karachi. "We have whole ghettos full of illegal Bangladeshis in the city and the government knows that. But these policemen hound them just to make a quick buck."

HOSTILITY AT HOME   Compounding their problems, Bangladeshi immigrants are finding that their home country is not willing to welcome them either.

The Awami League government faces an opposition composed of the center-right and pro-Pakistan Bangladesh Nationalist Party and a number of Islamic parties. Some returning immigrants traveling on Pakistani passports have been denied visas to enter Bangladesh because they were viewed as opposition supporters. "Hasina thinks we are terrorists because we lived in Pakistan for so long," Ali said. Bangladesh arrested three suspected militants traveling from Pakistan in January.

The Bangladesh government also suspects that many of those claiming to be returnees are ethnic Rohingya refugees from Myanmar who had entered Pakistan pretending to be Bangladeshis. Karachi is home to the second-largest Rohingya diaspora in the world after Chittagong in Bangladesh.

Many Bangladeshis believe that Pakistan trains radical young Rohingya men in madrassas (Muslim religious schools) and sends them to fight the Buddhist majority in Myanmar. When thousands of Rohingya left Myanmar in 2014, following communal riots, the Bangladesh government did not allow aid groups to use Bangladeshi territory to conduct relief efforts for refugees.

These tensions are affecting legitimate immigrants to Pakistan from Bangladesh who want to travel back to their homeland. Mia said he had gone to the Bangladesh embassy to seek a visa for the fourth time in three months in mid-March, but was ignored by the staff. Mia, who has a wife and four children in Bangladesh, last visited in 2007. "Until a few years ago, we would just talk in Bengali at the counter and they would stamp a visa," he said.

Ali, too, was snubbed at the embassy a month ago. He is looking forward to getting married in his hometown and setting up a tailor shop in Dhaka, but those plans are all on hold. "I don't know how long I will have to wait," he said. "But I will wait because that's all I can do."