Asia thinks outside the classroom to attract more students TOKYO As the global trend toward online learning gathers speed, Asian countries are determined not to be left behind.

Japan, one of the region's leaders in massive open online courses, or MOOCs, recently hosted the first international Asian conference on the topic. The Asia Regional MOOC Stakeholders Summit was held in Tokyo in March and drew participants from seven Asian nations and regions.

The Nikkei recently talked with Yoshimi Fukuhara, a professor at Meiji University and executive director of JMOOC, which hosted the conference, about what this new type of learning means for the future.

Can you tell us about the March conference? It was a gathering of various MOOC administrators from around Asia and representatives from UNESCO. This type of regional conference has been held in Europe on an annual basis since 2013, and this one was modeled after those conferences. Countries such as India, Vietnam and the Philippines, which did not participate in the conference, are also about to launch their own MOOC programs. This will expand opportunities for collaboration among Pacific Rim countries in Asia. It's also been decided that the conference will take place in Thailand next year.

How developed are Asian countries' online programs? In Japan, major universities and corporations came together to launch JMOOC in 2013, and the following spring, courses were offered. There are 230,000 online subscribers -- just a fraction of the totals in the U.S. and Europe -- but the number of courses offered has topped 120. In addition to NTT Docomo group's Docomo gacco, NetLearning and Open University of Japan, platforms now also include Fujitsu's Fisdom. The infrastructure is coming together.

Whereas MOOC learners tend to be college students in the U.S. and Europe, the majority in Japan are working-age adults, which could help establish the country's role as a center for lifelong learning. Courses such as statistics and data science, which began last year, have been very popular. We would like to increase the number of those types of courses in the future.

China is right behind Japan in starting online courses. As far as I know, six universities and organizations, including Peking University and National Tsing Hua University, now offer online classes. That's a whole lot, but they all have government support. For the time being, multiple platforms will be competing against each other, eventually narrowing the field down to a few successful ones.

In South Korea, K-MOOC, which delivers courses for institutions such as Seoul National University, Yonsei University, and engineering-focused institutes like KAIST, launched a program last fall. The Ministry of Education helps support those programs, putting in about 5 million yen ($45,500) and bring the number of classes offered to 500 in three years. The South Korean government looks at how aggressively a university offers online lectures when evaluating its performance, which means universities are eager to get their programs up and running.

Taiwan has three platforms. Indonesia, Thailand and Malaysia just began theirs. They all have our Open University equivalent, and especially in Indonesia, which is an island nation, it has played a crucial role in providing education in remote areas. As information technology becomes mainstream, the trend is moving toward delivering classes over the internet. In developing countries, the key to economic growth lies in whether or not they can develop human resources through improved higher education. Part of that can be addressed through online education.

What can Japan do to help? The MOOCs of each country offer courses in their native language, but there are lots of areas where they can collaborate. For instance, Japan can offer support from the technical side, such as in developing and operating platforms, or offer information or suggestions on how to create teaching materials. At the summit, we agreed to collaborate while respecting each MOOC's diversity. 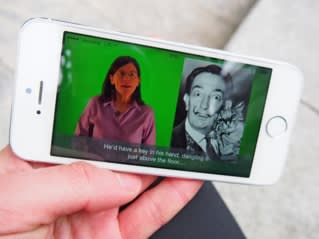 Coursera has had more than 18 million students in the four years since it was launched by Stanford University teaching staff.

From this fiscal year, JMOOC is planning to offer basic science and technology lectures online with support from the education ministry, the Ministry of Economy, Trade and Industry, and the Japan Business Federation (Keidanren, the nation's top business lobby). Many manufacturing and IT companies feel their new hires fresh out of college lack certain basic knowledge. We are hoping these companies will turn to online classes as a re-education tool for their employees. We will begin with about 10 courses in the areas of electricity, machinery and information. In two years, we hope to have about 50 courses.

These will be translated into various languages and offered with subtitles. They can be distributed through JMOOC's platform or they can be made available on each country's platform. Developing countries such as Thailand and Vietnam have a strong interest in science and technology. For Japanese companies with production hubs in those countries, it is highly desirable to use Japanese educational materials to teach local students. We are working with corporations to create new incentives, such as employment opportunities for students with good grades on MOOCs, or using MOOCs for in-company education. Japanese universities have a lot to offer. Look at the manga department of Kyoto Seika University, which attracts a lot of exchange students from across Asia. JMOOC has courses on the history of Japanese fashion. If these are translated and offered in foreign languages, they have the potential to attract overseas students. We believe bookkeeping and other clerical types of study are also in strong demand.

How successful have MOOC programs been in the West? In the countries that lead the way in online education, new methods are being tested. The U.S. is far and away the most active in terms of expanding the number of lectures and students. Coursera, which was begun by the teaching staff at Stanford University, has had more than 18 million students in the four years that it's been up and running, and its courses now number 1,800. Harvard University and MIT's edX has 7 million students and offers about 900 courses. The American online system's advantage is that it offers courses in English, a universal language, giving it a ready-made global market.

This February, Massachusetts Institute of Technology began offering a program in which students who complete online courses on supply chain management can obtain a credential called a "MicroMaster's." After obtaining this, an additional semester of study at a graduate school earns the student a regular master's degree. At Arizona State University's Global Freshman Academy, first-year students can get credit for classes they take online. And high school students who take online classes before entering university can skip required courses.

Until recently, MOOC completion certificates were not counted toward course credits. [Changing this] is the first step toward establishing the legitimacy of MOOCs. While these courses are basically available for free, the emergence of pay courses has paved the way for a diverse business model. In Europe, too, student numbers are increasing. FutureLearn in the U.K. has 3.5 million students; Spain's Miriada X has 2.2 million; and France's FUN has boosted its student numbers to 1 million. In the U.K., [programs] are both private and public, with government assistance.

They all offer courses in their native languages for the most part. France, which colonized North Africa and parts of Southeast Asia, and Spain, which ruled over South and Central America, have potential markets in those regions. The purpose, however, is not limited to the expansion of linguistic or cultural awareness.

JMOOC is struggling to attract students. What is the next step? Phase 1 is the launching of the online programs. Phase 2 involves social recognition and mainstream acceptance. If Phase 3 signifies a stable period of growth, then the U.S. and Europe are already in Phase 3. Japan, on the other hand, is still in Phase 2, with little social recognition. In that regard, we are feeling a bit worried.

When the number of courses offered reaches a certain point, we will achieve critical mass and the number of students will begin to grow in leaps and bounds. We don't know where that critical point is, but I'm guessing it must be somewhere around several hundred courses.