Wang Jianlin, the chairman of Dalian Wanda Group and widely described in the U.S. media as China's richest man, has made no secret of his intention to invest in all six of Hollywood's major film studios with the goal of acquiring at least one.

He already owns the largest cinema chains in China and the U.S., his reach having expanded with last month's absorption of Carmike Cinemas into AMC Entertainment, which he bought in 2012. Wang last year also bought midsize studio Legendary Entertainment, known for a number of recent big-budget blockbusters, and announced a $1 billion deal to buy Dick Clark Productions, producer of the Golden Globes and other awards shows.

As a result, Wang has emerged as a poster child both for those in Hollywood eager for Chinese investment and access to the expanding Chinese movie market and for those in Washington who fear the "infiltration" of Hollywood to serve China's larger interests in winning hearts and minds around the world. The red-carpet treatment Wang now receives in Hollywood contrasts starkly with the fear his global agenda has elicited among U.S. politicians and media.

Given his long-term ambitions in the U.S., then, Wang must address his political challenges as he furthers his business interests. At least 17 Republican and Democratic congressmen and senators have written to various agency chiefs singling out Dalian Wanda as the most prominent example of a company with connections to the Chinese government permitted to acquire U.S. entertainment assets while China denies U.S. media companies reciprocity in its tightly controlled market.

Charles Schumer, the Senate minority leader and one of the letter writers, has promised to introduce legislation to expand the remit of the Committee on Foreign Investment in the United States to "enforce reciprocity with China." The appointment by new U.S.President Donald Trump of economist Peter Navarro, producer of the book and documentary "Death by China," to head the new National Trade Council will strengthen the hand of critics of China's investment strategy and lack of level playing field.

Meanwhile, U.S. newspaper editorials and op-eds have echoed the legislators' concerns, with the Washington Post in particular noting Wang's "Communist Party membership and close ties to President Xi Jinping's government." The articles have suggested a danger that China may exercise undue control over Hollywood films, not just in terms of distribution but also of content.

HOME FRONT Far less attention has been paid to Wang's position within China and the delicate balancing act he must perform there and in the U.S., aside from frequent assertions about his ties to Beijing and mentions of his military service.

It is vital to realize that Wang is not sending a consistent message in China and the U.S. with regard to his intentions. When he speaks in the U.S., he emphasizes the number of American jobs he is creating and the market access his theater chain and production studios in China offer to the U.S. film industry. In China, Wang talks about the importance of his company for the promotion of Chinese soft power "in a way that is welcomed by foreigners" as he put it in a speech to other leading entrepreneurs last month. His speeches in China seem intended as much for the Chinese government as they are for his immediate audience. While American critics label Wanda as a virtually state-owned enterprise, Wang's remarks at home highlight private enterprises' advantage in promoting Chinese influence abroad because they face less government regulation and "less resentment while spreading culture."

In his December speech, Wang pleaded for stronger Chinese government support -- "Real, strong support!" -- and less regulation. He said that Wanda is the only Chinese company that can compete with "multibillion-dollar media and culture-related enterprises" overseas, and that government backing and deregulation would allow China to develop the media giants it needs to position itself to "lead the world when it comes to soft power." Wang asserted that Wanda can best represent the "Chinese cultural brand" to the world, calling it his "historical responsibility."

Having developed his business and made his fortune under Bo Xilai when the now-disgraced communist official was mayor of Dalian, Wang has his share of enemies among the top leaders in Beijing.

What he has been trying to do is to make himself indispensable to the party leadership in the promotion of the Chinese brand and Beijing's "going global" strategy. The idea is that as China's richest man and a strong patriot, he will be too big to fail without damaging Beijing's interest in spreading Chinese culture and pro-China messages abroad. However, by becoming a lightning rod for criticism among the political class in the U.S., he is providing such strong ammunition to his enemies that he may in fact become a liability to the leadership.

In addition to the political baggage Wang carries at home, Wanda has demonstrated a heavy-handedness in using its position as the owner of China's largest theater chain to punish Huayi Brothers, one of its main rivals in the film industry, in a feud over the poaching of key executives.

After Wanda limited the number of screens showing "I Am Not Madame Bovary," the latest film by Feng Xiaogang, China's most popular director accused Wanda of attempting "to weaken its competition so that it can eventually buy them up and fold them into its rapidly expanding global entertainment empire." The feud between Feng and Wanda became so ugly that even the official People's Daily weighed in and it hinted at a kind of vindictiveness that Wang's American critics would not find reassuring.

Within China, Wang has made it clear that as a businessman, he feels that he can speak with Trump, using language Trump can understand. He has said that the U.S. Congress is just a place for empty words, including "crazy talk" unrepresentative of the incoming administration's views and can be safely ignored.

Suggesting a veiled threat, or perhaps an opening gambit between two dealmakers, Wang has asked Chris Dodd, the chairman of the Motion Picture Association of America and a former senator, to tell Trump that Wanda has invested more than $10 billion in the U.S. and employs more than 20,000 people who might "have nothing to eat" if Chinese investment were curbed. He pointedly noted that U.S. films are increasingly reliant on the growing Chinese market.

Wang is fighting a multifront war in China and the U.S. while acting as if he speaks for the Chinese government. Despite his claims when speaking to Americans that he is simply a businessman who wants to make money, such arrogance feeds into the narrative of American critics that he is representing China, not just himself. Wang's attempted direct, high-profile engagement with the new president is unlikely to play well in either China or the U.S., but is likely to inflict fatal damage to his dream of owning a major American studio. 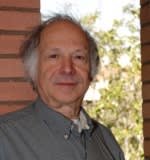 Stanley Rosen is a professor of political science at the University of Southern California and co-editor of "Art, Politics and Commerce in Chinese Cinema" and of the upcoming "Soft Power with Chinese Characteristics: China's Campaign for Hearts and Minds" (Routledge).