'Robotic harassment' is coming to a workplace near you

Mechanical colleagues, a professor warns, can be pretty annoying

Humanoid robots work side by side with humans at a Glory money-handling machine factory north of Tokyo.   © Reuters
March 23, 2017 10:00 JST | Japan
CopyCopied

TOKYO In many ways, robots are the ideal colleagues. They boost productivity, they only take vacations when they need a tuneup, and they never complain. Yet, as robots show up in more workplaces, some people are finding them to be a source of anxiety.

For all their abilities, our mechanical helpers are rather clumsy. It's not their fault -- obviously, they lack human instincts, senses and experience. But they can be too rough when handling objects, and in certain situations, they just get in the way.

Akira Nagashima, a project professor at Japan's Keio University who studies robots in society, has a name for this machine-induced stress: "robotic harassment." No, the bots are not actually out to get us, but their presence can certainly make us feel annoyed and unappreciated.

In a recent interview, Nagashima talked about this dilemma and suggested some ways to address it.

Could you talk a bit about the rapid adoption of robotics in manufacturing? The microcomputer emerged in the 1970s. That was the start of the global spread of [electronic] machinery, or what we refer to as mechatronics -- a term coined by Yaskawa Electric. During the 2000s, the "factory craftsmen" who had polished their techniques through experience and intuition began to retire in droves. With mechatronics equipment becoming more widespread, the successors to that generation received little training to develop similar skills.

Japan's New Energy and Industrial Technology Development Organization predicts that the robotics market will be worth 9.7 trillion yen ($86 billion) in 2035, compared with 1.6 trillion yen in 2015. In particular, more robots will be put to use in the service sector and in agriculture, forestry and fisheries.

Of course, all service industries involve people, and items like farm produce come in all sorts of shapes and sizes. Human labor is essential in these fields, so instead of a division of labor between robots and people, there will be a need for cooperation.

Will this create problems? In environments where robots and humans do not mesh well, there can be a deterioration in quality. This is due to what I call "robotic harassment" in the workplace. Put another way, the presence of robots restricts the activities and capabilities of workers, to the detriment of products.

This tends to happen where robots are installed with no consideration for human employees. When machines begin to supplant people as the primary actors in the workplace, individuals naturally begin to feel unimportant.

Say monitoring cameras are installed in a food processing plant after a case of contamination. Absolute trust is placed in the cameras to keep an eye on workers. In turn, the employees feel they are considered a cause of defective products.

Even collaborative robots can rob workers of their sense of importance. If a robot -- unable to respond to unpredictable human movements -- keeps bumping into workers and interrupting production, the humans are typically seen as the ones at fault.

The problem is that there is no way of determining the value of strawberries outside the defined range and they end up as waste. This issue demands attention as robots are brought into agriculture. 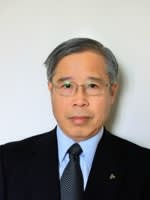 Robotic harassment can be classified into acute cases, where the disadvantages are immediately apparent, and chronic cases, where it takes time to detect the consequences. The strawberries are an acute case. So are cases where a robot clearly causes harm to people by continuing to operate with no awareness of their existence.

In chronic cases, the harm is only discovered later. Say objects are left at the scene of an accident because they are treated as exceptions. This debris then becomes the cause of secondary accidents.

You may not achieve the productivity you expected, and you risk unexpected troubles that increase costs.

What will it take to avoid these issues? Robots need haptic perception. They need to be able to determine the characteristics of an object through touch and adjust their force accordingly. Humans instantly recognize whether an object is hard like iron or soft like a sponge, and whether it has any resilience. If robots were able to apply just the right amount of force to grab and place things without damaging or dropping them, it would help to resolve acute robotic harassment.

Can you explain how haptic perception would work in a robot? The actions of a conventional robot could be described as one-way communication with physical objects and people. This can be upgraded to "1.5-way communication" by updating the robot's information input. A robot with true haptic perception would, essentially, play both roles in a two-way conversation: It would be able to touch physical objects and sense changes in real time, then respond instantly by adapting its behavior.

If such a robot were to touch a person, it would detect the softness of the skin and moderate its movements. It would also pick up soft fruit without squishing it. Such robots would be useful in non-orderly environments, where quick responses are essential -- on a farm, in a disaster zone, on a construction site or even inside the body.

With human craftsmanship in decline, can robots help companies maintain their competitiveness? If tasks that require touch can be delegated to robots, it will be easier to build databases of knowledge now understood only by craftspersons -- for example, how to adjust applied force by feel. This will ensure the expertise is passed on when experts retire.

In the future, I expect robots will not be limited to specialized tasks. They will be like smartphones with arms and legs, with apps providing "behavioral content."