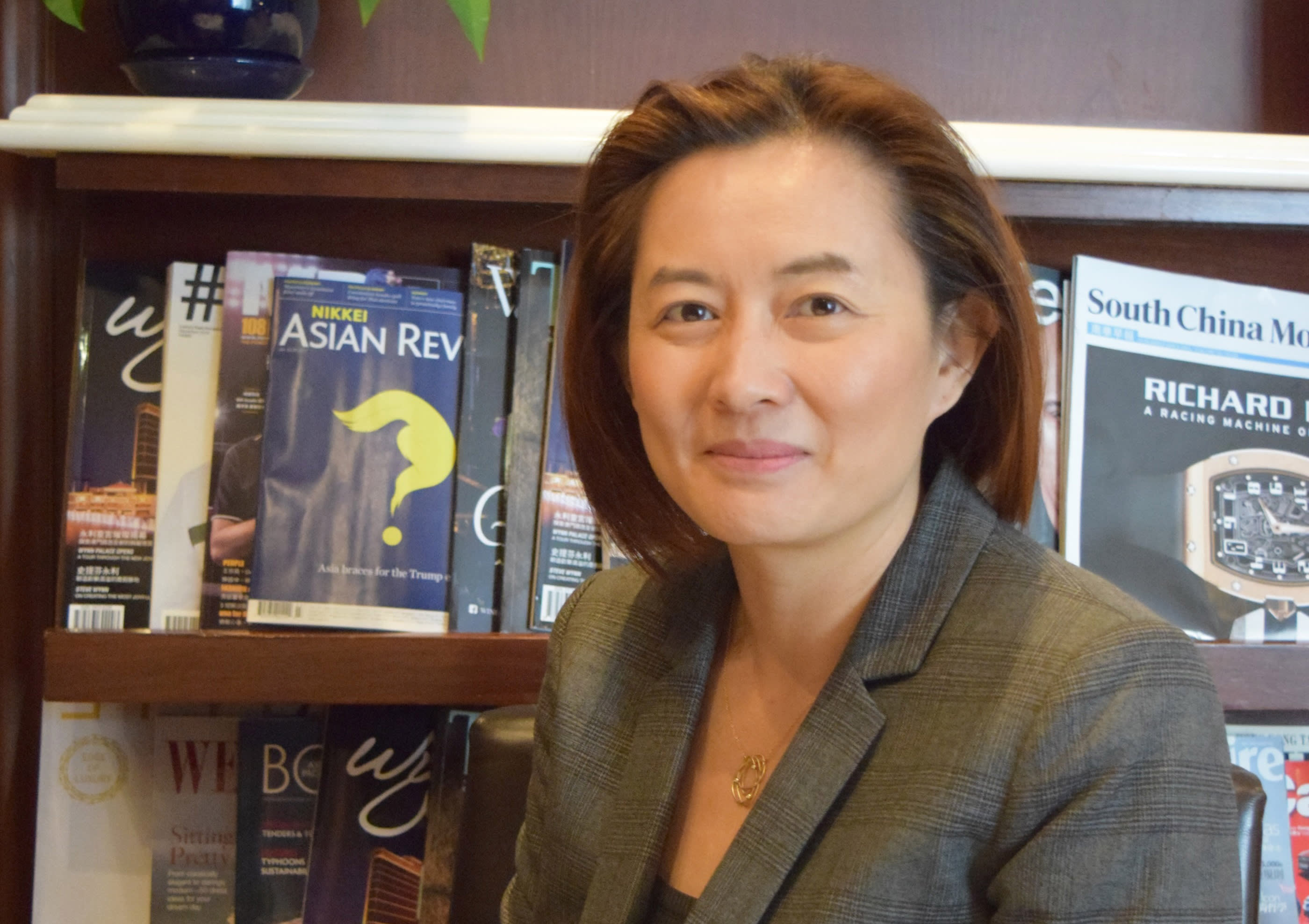 HONG KONG Carrie Lam Cheng Yuet-ngor will be the first female chief executive of Hong Kong, but there is no fervor like that seen last January when Tsai Ing-wen was elected Taiwan's first female president. Lam not only lacks a mandate due to the territory's undemocratic electoral system and her low popularity, but she also has to govern a divided society. Syaru Shirley Lin, a scholar of both Taiwan and Hong Kong affairs, told the Nikkei Asian Review that the situation in Hong Kong is much more tense than that in Taiwan, and Lam faces a number of difficult challenges.

What are the chances of healing the rift that exists in Hong Kong society? Lam is known to be a hard-liner on welfare, the environment and political reform. But these are exactly the issues she must tackle right away. Hong Kong is facing a high income trap -- low fertility, high inequality, high housing prices and so on -- and it is the most inequitable among all advanced economies, with young people having limited housing and job opportunities. In the Umbrella Movement of 2014, Lam was the hard-line face stonewalling the students.

A polarized identity will make extreme policy options appealing to a wide audience. This will lead to controversies over all proposals, even well-thought-out economic policies, because some citizens will want to show their support for extreme policies or their opposition to reasonable policies in order to express their identity.

We are already seeing this with Lam's proposal for a Hong Kong branch of the Palace Museum in Beijing. The proposal may be beneficial in attracting more tourists and enriching the cultural life of the city, but it is surrounded by controversy because it is seen as a further step toward the "mainlandization" of Hong Kong.

Do you see parallels with Taiwan? This is similar to the emotional debates over Taiwan's economic policy toward China three decades ago. That was when Taiwan's identity was divided, and Taiwanese were not quite sure whether they were Chinese or Taiwanese nor if Taiwan was part of China.

Hong Kong is in a similar polarized environment now, except Beijing has the ability to intervene at a high level in Hong Kong's institutions, like the election for chief executive. This means in the years ahead, Lam will face continued challenges to her attempts to pass legislation, including filibustering, just like Chen Shui-bian did.

What do you expect from Beijing down the road? A hard-line stance on both Taiwan and Hong Kong will likely continue through the 19th Party Congress in the fall because Beijing has many priorities to juggle and keeping things under control in Hong Kong is more important than bringing about real social change. But Beijing's insistence on a hard-line candidate like Lam, after an embattled term with the deeply unpopular leader Leung Chun-ying, is not very wise. Beijing has signaled that it will continue its existing strategy of doling out economic benefits to those close to it and stonewalling groups who are fighting for electoral reform and more autonomy.

We did not hear about independence in Hong Kong three years ago. Why do people prefer to espouse extreme policy options that may harm them economically? President Xi Jinping is cracking down on other cities in China, but Hong Kong is a different place with a different culture and language. People are opting to embrace extreme policies to show that they are different from the Chinese. It is a matter of identity.

Everything that has happened in the last 30 years in Taiwan has been condensed in three to five years in Hong Kong. Taiwan's oscillation over its China policy was a reflection of Taiwan's identity, and you see that in Hong Kong.

How do you feel about the future of Hong Kong? I am not very optimistic about Hong Kong. Many people believe Hong Kong is a domestic issue for China, and if the worst happens, who would come to Hong Kong's aid? If the polarization escalates, how many governments will pressure Beijing to do the right thing? It may be very unfortunate.